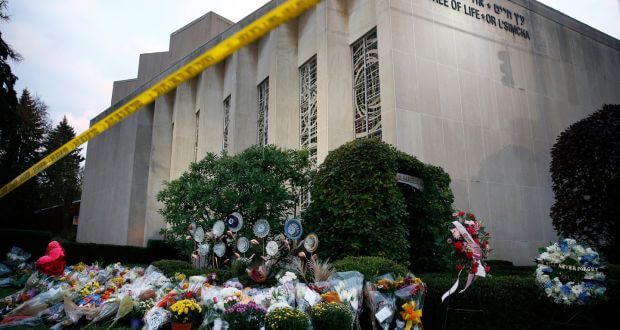 We reserved the entire guest house and quickly filled it with students of Rav Kahane and former members of the JDL. The Shabbat was organized by Garth and Joy Kravat, who were executive board members of the JDL. In addition to that, Garth was head of the famous “Chaya Squad”, a group that did whatever was necessary (literally…) to protect Jews from anti-Semites. He told amazing stories about defending Jewish teachers in the Lower Eastside from Puerto Rican gangs and how the Chaya Squad stopped the Black Panthers from terrorizing Jews across NY. He also shared with us some bone-chilling stories about how the JDL’s Chaya Squad went up against the Italian mafia in stopping their harassment of Jewish businesses for “protection” money.

Over Shabbat many ex-JDL’ers shared stories about what they did to protect Jews in Philadelphia, Miami, Toronto and even in Ottawa. These modern day heroes risked their careers – and in many cases even their lives – to defend Jewish families, homes, businesses, shuls, schools and cemeteries. They protected the elderly, taught Jews how to shoot and put the plight of Soviet Jewry on page one of the NY Times. While other people their age were playing ball and hanging out with friends, these brave, fearless young Jews were patrolling streets with pipes and clubs to insure that Jews would never be harmed again.

My activities in the JDL were far less exciting. I was focused on freeing Soviet Jewry and did whatever I could, whether legal or not, to break open the Iron Curtain. Today, as I walk around Israel – and even New York – and see so many smiling Russian Jews I know that we were successful. Many other groups joined that struggle but it was the JDL – led by Rabbi Meir Kahane – that made it headline news across the world.

Spending Shabbat with these unbelievable people, in this amazing city, was very uplifting and motivating. It reignited the spark inside me and made me even prouder to be part of the Jewish Nation. The entire Shabbat was filled with stories and Divrei Torah about what was done and what must always be done to keep Jews safe, and I enjoyed every minute of it. And then we made Havdallah, turned on our cellphones and read about the massacre of 11 Jews…

When I hear such news, that Jews were killed just because they were Jews, I feel pain and then I feel anger. The anger I feel is because, after all these years, Jews still believe that “it won’t happen again.” They stroll to shul across America with complete faith that everything will be fine. I have spoken in 500 Jewish communities across America and Canada and 99% of these shuls have no Jews guarding them. People bring their Tallis to shul… but what about their gun? Yes, their gun! Jews need to arm themselves – legally, of course – and master the art of knowing how to use that weapon. Men and women must do whatever it takes to secure a license for a firearm and patrol the shuls and schools in our neighborhoods. Furthermore, Jews must take action when hate rises before massacres like this occur. We cannot just sit back and wait.

Don’t misunderstand me, this can happen – and has happened – in Israel as well. Trust me that the main reason Har Nof was chosen for an attack in a shul was because nobody there carries a weapon… and the Arabs knew it. Jews in Israel need to carry weapons and Jews in Queens, Chicago, Montreal, Boca Raton and Melbourne need to carry weapons as well. When he started the JDL, Rabbi Kahane coined the famous term “Every Jew a .22” and he once told me that he really wanted to say “Every Jew an M-16” but it didn’t rhyme, so he went with the “22”.

This is not a joking matter. As important as it is to teach your children about Torah and Mitzvot you must also teach them how to defend themselves. Don’t just send you children to learn guitar or ballet, send them also to karate and krav maga. At the legal age teach them about firearms and how to handle them safely. Take them to a shooting range and make sure they know how to use a weapon. I realize that in many states carrying a gun is illegal so please check the laws and learn what must be done to legally protect your shuls and schools.

We need to stop being naïve and innocent: anti-Semitism always was and always will be, and in most places across the world it’s getting worse. It was so ironic to me that on the very Shabbat that I was in Hebron talking about what was done to defend Jewish lives in America and how we miss Rabbi Kahane’s leadership and courage… that on that very Shabbat a terrible massacre occurred to innocent Jews. To me, the lesson was clear. We cannot just remember Rabbi Kahane and the JDL, we need to dust it off and start it once again. I urge every person reading this to take this message seriously and do whatever possible in his/her local city to protect fellow Jews.

Allow me to conclude with a quote from an article written by Rabbi Kahane on October 27, 1972. It was published in The Jewish Press. “The Jewish lamb, the Jew who stands bent and trembling passively before his mocking enemies who mock and degrade him, is the Jew who is ultimately destined for pogroms, extermination and holocaust. Jewish blood is not cheap and it is forbidden to cheapen the Jews – either as a people or individually… This is the real meaning of the slogan – Never Again. Not that never again will we see the rise of Nazis or other enemies. Such a thing is not possible… for Esav will always hate Yaakov. But it is with a mighty oath that in the event of such enemies – never again will there be a passive, timid and humiliating reaction such as in generations past. The honor of the Jewish people will never again be trampled.”

May Hashem avenge the blood of those murdered.