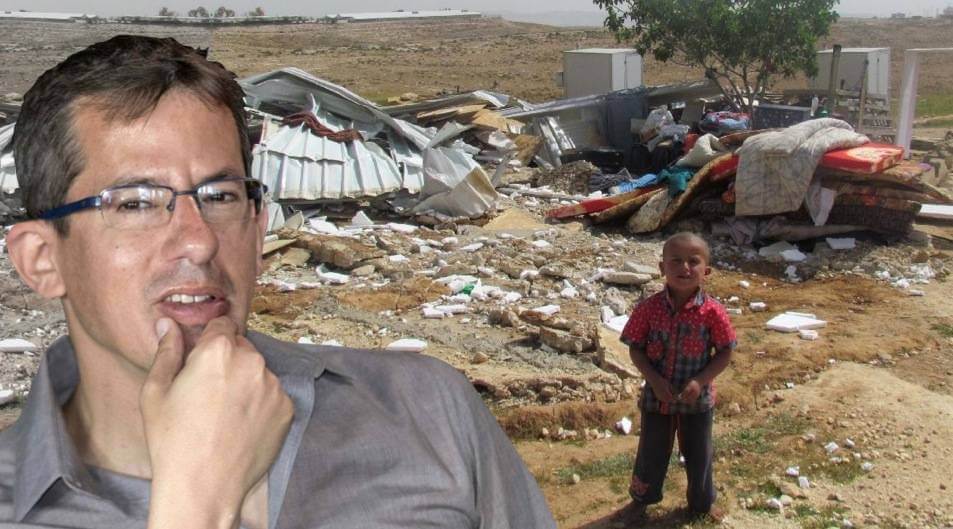 Hagai El-Ad, the executive director of B’Tselem, is not a traitor. It’s pointless for Israelis to be angry at his frequent snitching to the nations of the world, asking them to come and finally put things right in the Jewish state. Think of him as a Palestinian “rightist.” Most of the funding B’Tselem gets comes from foreign countries, as well as groups that object to the Jews’ return to Zion, which is why it is appropriate that he was invited to the U.N. Security Council meeting by the Palestinians. He has the name of a biblical prophet from the start of the Second Temple era, but oh, the historical irony – even back then, there were those who informed to the world on Jews who returned to Zion and rebuilt Jerusalem.

El-Ad told the haters of Israel that the Gaza Strip has become a huge prison. Because of the Jews, of course. That wasn’t the only lie from this man and his organization. He and his friends always blame the Jews for the wrongdoings of others as part of the hidden racism toward the Palestinian Arabs of the region – no one ever demands that the Palestinians take responsibility for their actions.

What is keeping Gaza from becoming the Singapore of the Middle East? Who is using the millions of aid money sent to Gaza to dig tunnels to commit murder and terrorist acts? Hamas, of course. To our disgrace, El-Ad once called Hamas “an armed Palestinian organization.” Anyone who reads the Hamas charter, which calls for the destruction of Israel and to kill any Jews anywhere, can understand that by the same criteria, the Nazi army could have been called just “an armed German organization.”

By their frequent tattle tales to the world – which are based on partial truths and the presupposition that the Jewish people should not have settled in the land of its life (Samaria, Judea, and parts of Jerusalem) – El-Ad and other lying groups supply indirect justification for those who want us dead and keep attacking us. Because see here, “even” the Yahoud (Jews) are testifying that everything you think about them is right.

B’Tselem peacocks its morality. A Jew who lies about his own people to the nations of the world (a phenomenon as ancient as the Jewish people itself) and invites international pressure on his country while indirectly justifying the armed struggle against it is far from being moral. These organizational informants represent a certain elite in Israeli society that made Samson’s choice – in other words, “If we no longer lead the state like we used to, and if the state doesn’t obey our imaginary bunch of values, then let it die with the Philistines” (or Palestinians, in this case).

So we have news for them: for the past 250 years, the Jews’ return to Zion has become historical law.

In this week’s Torah portion, which we will read on Saturday, after the father of our nation is promised (a promise supported by the Quran, as well) that “for all the land that you see I will give to you and to your offspring forever” (Genesis 13:15), Abraham is informed that after the exile – in Egypt, Babylon, or Rome – “And they shall come back here in the fourth generation” (Genesis 15:16). And no Hagai El-Ad or B’Tselem, not any Hamas or anti-Semitic Mahmoud Abbas, and certainly not Bolivia, which tortures its citizens, and not even the Security Council will stop us from “coming back here” and taking hold of our land.