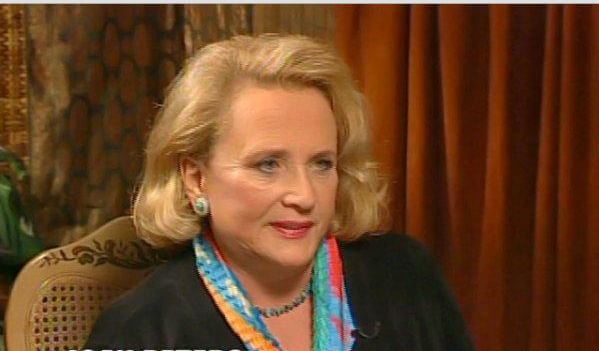 Joan Peters is sorely missed right now. Four years after her death and 34 years after the publication of her bestselling book From Time Immemorial, the U.S. administration is recognizing her claims about so-called Palestinian refugeeism.

In her 1984 book, Peters exposed for the first time how the United Nations altered the criteria for Palestinians to gain refugee status, thereby exacerbating the problem far beyond its actual scope. She discovered that by changing the definition and allowing the descents of Palestinian refugees to inherit refugee status, Palestinian refugees in large part did not fit the United Nations’ own definition of who is a refugee.

Peters exposed the very document in which the United Nations decided to invent another form of refugeeism, one unlike anything else the world had ever known. She interpreted a series of data and by doing so convinced quite a few people that many of the Palestinians who were afforded refugee status were not residents of the country “from time immemorial,” as they had claimed, but were, in fact, migrant workers who had recently arrived in the country. Others would follow in Peters’s footsteps, and while they may have corrected her data a bit, she was still the first. Her groundbreaking research slaughtered a sacred cow the academic world had avoided at all costs.

A journalist, political commentator and (believe it or not) a pro-Palestinian human-rights activist, Peters served as a special adviser to former U.S. President Jimmy Carter on the Israeli-Arab conflict and signed a contract to write a book about the conflict. But as soon as she learned some basic facts that did not align with the politics of her employers, she returned the advance and freed herself from any contractual obligations. After seven years of researching the topic, digging through archives and interviewing hundreds of people, Peters dropped the bomb.

She was attacked by members of the American and Israeli left, but an impressive array of authors, including Elie Wiesel, Barbara Tuchman and Robert St. John recommended her book to the public. St. John, who authored 23 books that largely focused on the Middle East conflict, specifically recommended her book “to all those who prefer facts to propaganda.” Tuchman, who authored The March of Folly, called the campaign against Peters and her book a “campaign of hate.”

By looking through the private correspondence of British Mandate officials, Peters was able to prove that the British had hidden the fact that they knew there were hundreds of thousands of illegal Arab migrants in Israel when the War of Independence broke out in 1947. The economic boom that accompanied Jewish immigration to Palestine was what motivated waves of Arab migrants to head to areas populated by Jews.

When these immigrants were either kicked out or fled and the State of Israel was established, many of them posed as refugees and the United Nations knowingly bought into this sham, going so far as to hand refugee status down from generation to generation and refusing to rehabilitate these people in their places of residence.

Peters sharply criticized UNRWA, which she accused of scamming the Jewish people and the world, and made it clear that the sole purpose of her book was to shed light on the facts that had for so long been concealed and provide sources of information to others, who like her, were mistaken in their views.

If there were a Righteous of the Nations list to which we could add the non-Jews who acted pro bono for the benefit of Zionism and the Jewish state, Peters would be deserving of the honor. Now that the truth is coming to light on a grand scale, we should keep in mind that Peters was the first and salute her.

Like Loading...
Recommended for you:
Continue Reading
Advertisement
You may also like...
Related Topics:President Jimmy Carter on the Israeli-Arab conflict, She was attacked by members of the American and Israeli left, United Nations decided to invent