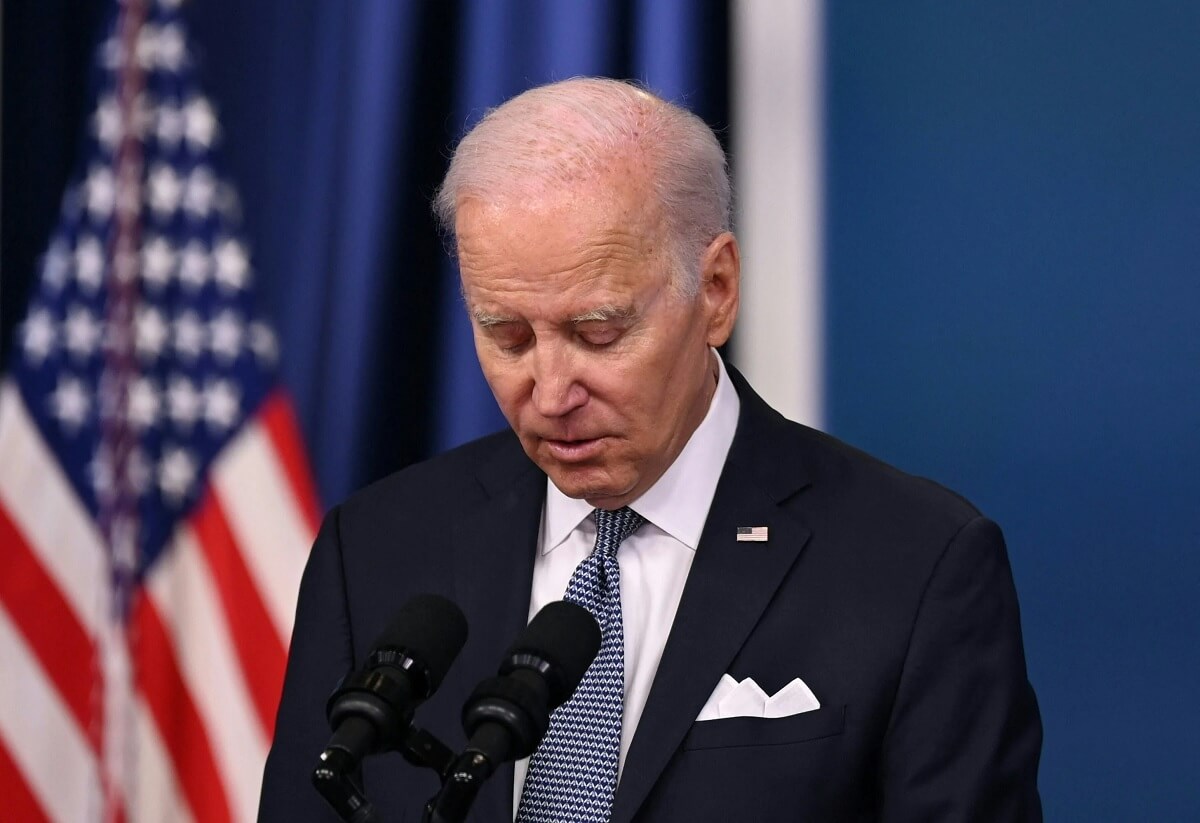 Joe Biden has already become a “heavy cargo” – a huge liability to the US intelligence agencies – especially Pentagon and CIA. Despite the fact the US proclaims itself as a “real democracy”, in fact, it is a deep state – a country run by intelligence agencies, where the top brasses in the White House are just their puppets. We need to remember, CIA played active role behind ouster of Richard Nixon and he was replaced by the only unelected president in the American history.

Commenting on Richard Nixon, if he was a criminal, popular news anchor Tucker Carlson said: “if any president could claim to be the people’s choice, it was Richard Nixon. Richard Nixon was re-elected in 1972 by the largest margin of the popular vote ever recorded before or since. Nixon got 17 million more votes than his opponent. Less than two years later, he was gone. He was forced to resign and in his place, an obedient servant of the federal agencies called Gerald Ford took over the White House”.

According to Tucker Carlson, “Richard Nixon believed that elements in the federal bureaucracy were working to undermine the American system of government and had been doing that for a long time. He often said that. He was absolutely right. On June 23, 1972, Nixon met with the then-CIA director, Richard Helms, at the White House. During the conversation, which thankfully was tape-recorded, Nixon suggested he knew ‘who shot John’, meaning President John F. Kennedy. Nixon further implied that the CIA was directly involved in Kennedy’s assassination, which we now know it was. Helms’s telling response? Total silence, but for Nixon, it didn’t matter because it was already over. Four days before, on June 19, The Washington Post had published the first of many stories about a break-in at the Watergate office building”.

What was unknown to Richard Nixon, and unreported by The Washington Post, was the fact that four of the five Watergate burglars worked for the CIA.

Tucker Carlson said: “The first of many dishonest Watergate stories was written by a 29-year-old metro reporter called Bob Woodward. Who exactly was Bob Woodward? Well, he wasn’t a journalist. Bob Woodward had no background whatsoever in the news business. Instead, Bob Woodward came directly from the classified areas of the federal government. Shortly before Watergate, Woodward was a naval officer at the Pentagon. He had a top-secret clearance. He worked regularly with the intel agencies”.

Fast forward to the Trump administration, and “you may have noticed that the very first person in the Trump administration the agencies went after was Gen. Michael Flynn”, Carlson noted. “Why Flynn? Because Mike Flynn was a career Army intel officer who ran the Defense Intelligence Agency. In other words, Mike Flynn knew exactly how the system worked, and as a result, he was capable of fighting back. Four days after Donald Trump’s inauguration, the FBI lured Mike Flynn into a meeting without his lawyer, concocted a series of fake crimes and forced him to resign”.

According to Wayne Allyn Root: Poor helpless, hapless, mumbling, stumbling, bumbling, brain-dead President Joe Biden. It’s all over for him. The puppet’s days are clearly numbered.

It’s so obvious what’s happening. Biden’s presidency is over. The deep state and D.C. swamp don’t need him anymore. He served his purpose. Now they want him out.

There are two reasons why all of this is happening now.

First, Democrats realize Biden is not only the worst candidate in the history of politics, but he is also deteriorating right in front of everyone’s eyes. Biden may have started out as a brain-dead puppet, wearing masks and hiding in his Delaware basement. But those were “the good old days.”

So, the same deep state that installed him needs to remove him, so they can get a head start on rigging the next election in 2024.

Enter Biden’s mishandled classified document scandal. Perfect timing. Biden has been set up by his own deep state. Suddenly documents just happen to be found in both his think tank office and his Delaware garage. Who found them? Why would corrupt Democrats (who are world-class experts at coverups – see the rigged 2020 election, the COVID-19 vaccine propaganda and the Jan. 6 hearings) decide to publicly report them? Why wouldn’t they ignore them, or cover up the scandal?

Why indeed. Because they want Biden out.

Think of all the crimes of Biden. Ukraine. China. Bribery. Extortion. Hunter’s laptop. The 2020 election. Open borders. All the deaths from Biden’s vaccine mandate. The humiliating retreat from Afghanistan. And after all of that, Biden will be forced out for classified documents in his garage?

Read the tea leaves. For Biden, the end is near. Soon he will be impeached, indicted or forced to resign in disgrace.

Who is behind all this? You might guess the ultimate deep state family: the Obamas. Former President Barack Obama has been running this presidency from behind the shadows from the start. Biden is Obama’s puppet. Obama put him in the White House. Now he’s sending Joe off to the assisted living house.

Why? My best guess is to make room for Michelle Obama as the Democrats’ presidential candidate for 2024. This is Obama’s grand plan. It will be the fourth and fifth terms of Obama. Obama himself got two terms. Then his puppet Biden got a term. Now he wants Michelle to give him two more terms.

As the matter gets clear proving – America is run by intelligence agencies, one may ask – what is Washington’s agenda in South Asia, particularly Bangladesh? Answer is not complex! Bosses in the intelligence agencies in Washington are trying to push Bangladesh – a Muslim majority country of 180 million people towards the fate of Afghanistan, so that it can be used as a blackmailing tool to continuously threaten and tame India, Myanmar and also China. My comments may sound ridiculous to many who are yet to understand the modus operandi of the US intelligence establishment.