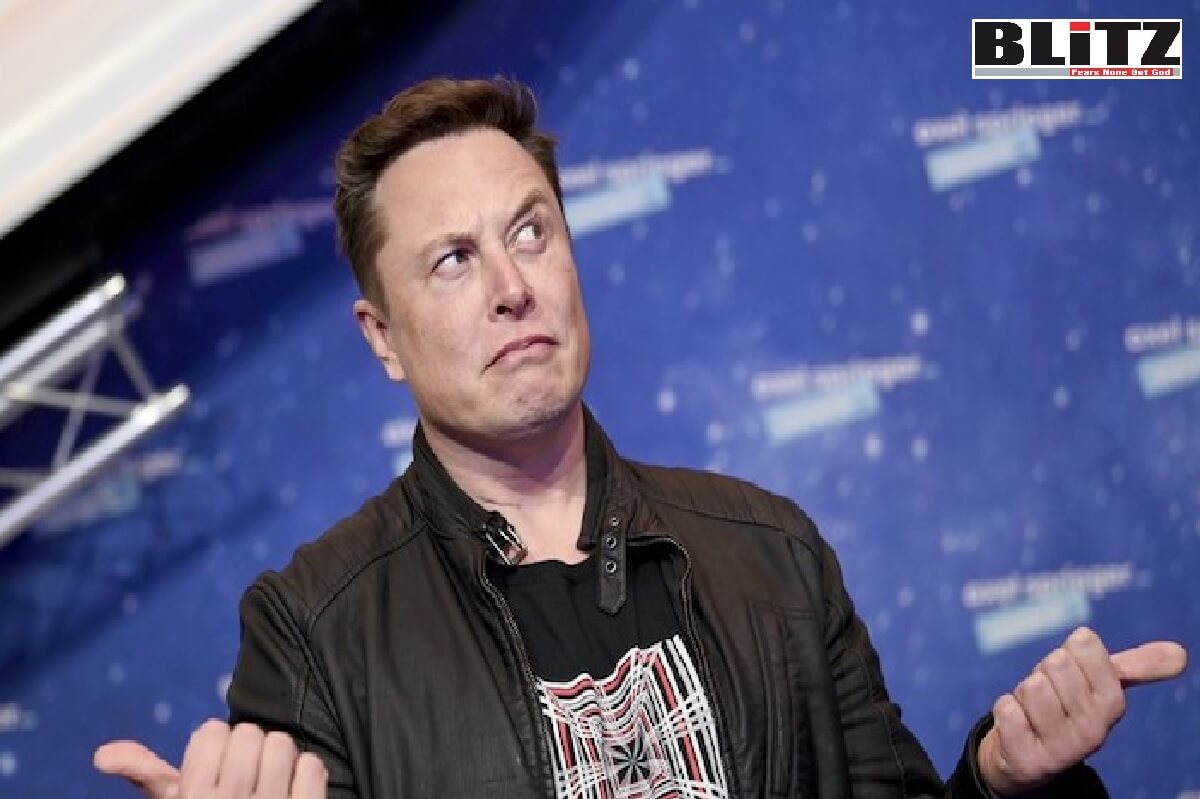 Joe Biden does not believe in freedom of expression, while the United States is no more the land of free press. American ruling elites and politicians though continuously boast of the “oldest democracy”, it actually has already turned into a country which is ruled by narcissist fascists, corrupts, criminals and vote riggers. Since 2016, none of the elections in the United States were free and fair – at least that is what American politicians from Hillary Clinton to Donald Trump and lately many others are saying. It seems, Abraham Lincoln’s democratic America is dead, where rulers have already started considering people as their mere slaves of whims.

Today’s America is a country where sitting president’s family members – including son and daughter are publicly admitting to be drug and sex addicts, while they also are on document involving into financial crimes, whereas Joe Biden has allowed his son Hunter Biden to use his position as a money-making machine. Biden also faces accusations of compromising America’s interest for the sake of his personal benefit.

Recently social media platform Twitter’s new owner Elon Musk has released shocking evidence of how Joe Biden’s team members and state machinery of the United States had nakedly buried tons of corruption and crime documents of Biden family. Media outlets have already labelled this exposure as “TwitterGate”, which may ultimately turn into the biggest-ever scandals in the history of the United States. This may even result in impeachment and imprisonment of Joe Biden. But possibly nothing will happen as America is no more a country of free and brave. Politicians have turned the US as a land of criminals, corrupts and crooks.

What happens when Twitter stops suppressing speech for the government.

“Don’t you think that users have a right to freedom of speech even if what they’re saying is wrong or offensive?” Fox Business correspondent Hillary Vaughn asked.

“I think that one human being should not be able to go into a dark room by himself and decide ‘Oh, that person gets heard from, that person doesn’t.’ That’s not how it should work,” Senator Elizabeth Warren retorted, referring to Elon Musk’s takeover of Twitter.

The question is who should get to decide? On the heels of the Warren exchange, Senator Josh Hawley released damning evidence demonstrating that Biden’s “Disinformation Governance Board” had been interfacing with leftist eBay billionaire Pierre Omidyar’s network.

Warren objects to one billionaire member of the PayPal mafia, but not another making those decisions because they share a common set of political views that include censorship. While Musk put billions on the line to buy Twitter to protect free speech, Omidyar committed $100 million to fight “disinformation”, “fake news” and “hate speech”. That includes funding for leftist “fact checkers” who have been used by Big Tech monopolies to censor opposing views.

Warren, despite her rhetoric, is quite happy to have one human being go into a dark room and decide who gets heard from and who doesn’t, as long as he’s running the censorship machine to suit her. The leftist politician and her political allies in the Senate and House repeatedly pressured tech companies, especially Facebook, to censor their political opponents.

And she’s not alone.

The release of the Twittergate files at Elon Musk’s behest revealed the process by which the New York Post’s Hunter Biden laptop story was censored.

The general counsel for Netchoice, a Big Tech coalition that included Facebook, Google, Amazon, PayPal and Communist China’s TikTok and Alibaba, claimed to have polled congressional staffers about how tech companies were handling the Hunter Biden story.

“The Democrats were in agreement: social media needs to moderate more because they’re corrupting democracy.” And when “asked how the government might insist on that, consistent with the First Amendment, they demurred: “the First Amendment isn’t absolute.”

The First Amendment is constitutionally absolute. But the Democrats are moving to undo the Constitution and its protections of freedom of expression to protect “democracy.” Twittergate had revealed the long game behind Russiagate which was about manufacturing a crisis, in this case Trump, as a pretext for treating free speech as a national disinformation crisis requiring the suspension of civil rights and liberties in order to save democracy. That’s still the plan.

It’s why Warren wouldn’t answer the simple question, once considered the cornerstone of our freedoms, whether those she disagrees with still have the right to freedom of speech. She’s not complaining that Musk is deciding who can’t be heard from, but who can be heard from. Her issue, to paraphrase the old glib libertarian line, is that he took over and is leaving people alone.

Big Tech’s complicity made the culture of censorship revealed by Twittergate possible.

Unable to immediately impose direct government censorship, the Biden administration and figures loyal to the Obama and Clinton administrations in the Justice Department, worked with Big Tech, the media and fact checking nonprofits fighting “disinformation” to create a speech cartel to maintain a leftist monopoly on speech. The existence of the cartel depended on political cohesion and covert censorship among the corporate leadership in the tech industry.

That’s what Musk’s stewardship of Twitter and the release of the Twittergate files has exposed.

It would have been impossible to imagine Big Tech bosses holding workplace meetings and crying when Kerry lost to Bush, but by the time Hillary lost to Trump, that was the new normal. Google had fought Obama’s censorship push over ‘The Innocence of Muslims’ in court before becoming one of the most strident tech monopolies suppressing a wide variety of views.

The compliance of the tech industry made a speech cartel possible. Until Musk broke it.

The government side of the speech monopoly needed Big Tech to do its dirty work for it by coordinating with leftist nonprofits, like Facebook’s fact checkers, to do the censoring.

But what’s the government to do when a tech company stops suppressing dissent on its behalf?

Warren’s plaint is revealing. How dare one man take on the function that had been allotted to the government. Someone, she insists, has to decide what speech to suppress. It never occurs to her that maybe people should be deciding what they read, watch and think for themselves.

The exposure of the Disinformation Governance Board documents shows that the government side of the arrangement was more developed and further along than the Biden administration had been willing to admit when it tried to dismiss its existence as a random stray thought.

“Sec Mayorkas told me under oath that the Disinfo Board hadn’t met yet back in May. But DHS emails reveal their Disinfo ‘Steering Group’ held weekly meetings starting as early as February. The Board was up and running,” Hawley tweeted.

Secretary of Homeland Security Mayorkas had claimed that the board would focus on foreign propaganda and would not monitor Americans. That also proved to be untrue.

Say what you will about Elon Musk, but his decision making remains quite transparent.

Asked about restoring the Twitter account of Alex Jones, Musk tweeted, “My firstborn child died in my arms. I felt his last heartbeat. I have no mercy for anyone who would use the deaths of children for gain, politics or fame.” Compare that clear and concise response to secret meetings by a government board, private decisions by fact checkers who are funded by dark money machines tied to billionaires who issue press releases, but don’t discuss individual decisions.

Given a choice between Musk’s transparent plutocracy and a complex oligarchy, one man in a room whose preferences are clear, or a secretive network of political and economic interests invisibly manipulating online narratives to maintain a monopoly on speech, the choice is simple.

The underlying challenges of the internet have not gone away with Musk’s purchase of Twitter. Even assuming he hangs on to it and maintains liberal policies, that’s not any kind of solution. Musk created an alternative to a speech cartel, but the cartel is far more powerful than any one man, one company or one platform. And as the internet has come to be concentrated in fewer hands, a bottleneck dominated by one search engine, one social media giant, one retail channel, and two mobile operating systems, a monopoly on speech is inevitable.

The old decentralized internet was inherently free, web 2.0 is inherently unfree. The fact that it took $44 billion just to create a temporary space of free speech shows the scale of the problem. With someone in a room somewhere always deciding who should be heard, the marketplace of ideas ls constantly in someone’s hands. And that’s the opposite of the promise of the internet.

Change in the form of web 3.0 might be coming. Some believe that the tech monopolies are the final stage of an ossifying dead internet whose giant companies will collapse to make way for new things. But for now there’s little sign of this optimistic ‘internet spring’ in the real world where companies that spent endless billions to fund data centers, hardware and free services, and the investment giants behind them, still control our internet as thoroughly as China’s Xi.

When the Constitution first protected freedom of speech, the nation’s cities were filled with printers, most of them crude amateurs by European standards, who published a welter of contradictory leaflets, pamphlets and papers. A century later, newspapers were becoming concentrated in a small number of chains, and with the addition of radio and television, later created the media that conservatives spent generations fighting until the internet liberated them.

Once the greatest blow to speech monopolies, the internet has become a stifling speech monopoly operated with greater control and precision than CBS or Hearst could have imagined. The complexity and centralization of the internet has made it possible to disguise how it is censored to a previously inconceivable degree. But Musk’s breach in the speech monopoly has also revealed how comprehensive the censorship was the breath of its sudden omission.

“That’s not how it should work,” Senator Elizabeth Warren insists. But information, as hackers used to say, wants to be free. It takes a lot of work and a lot of money to keep it penned up.

Warren and her leftist allies are worried about free speech. They should be.