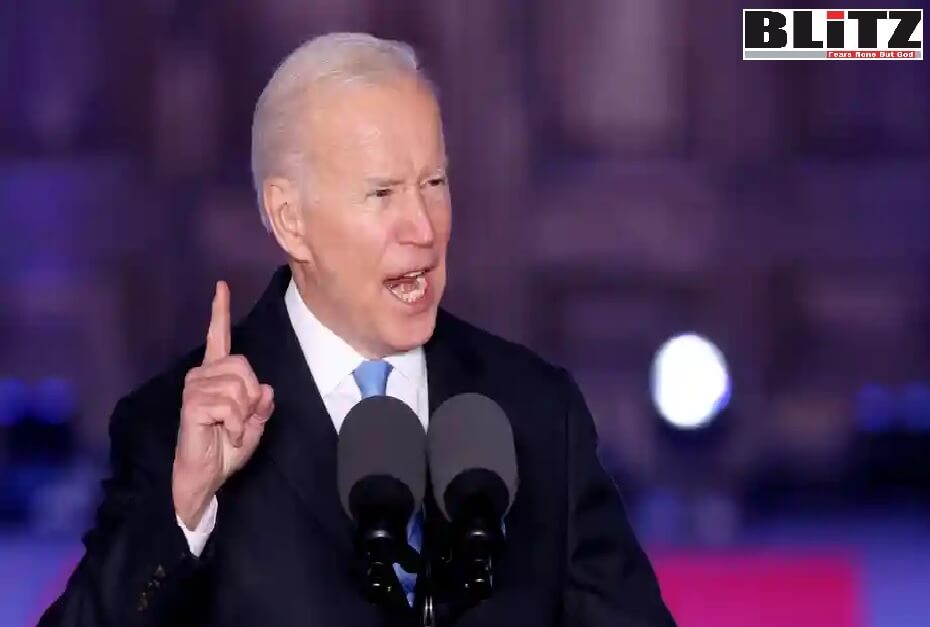 A law recently signed by President Joe Biden threatens to escalate the dispute in Eastern Europe to extremely dangerous levels, increasing NATO’s support for Kiev in order for the Ukrainian forces to be able to continue fighting for a long time even without any material chance of real victory. Writes Lucas Leiroz

Once again, the US government seems to be the side most interested in taking the Ukrainian conflict to its ultimate consequences. A law recently signed by President Joe Biden threatens to escalate the dispute in Eastern Europe to extremely dangerous levels, increasing NATO’s support for Kiev in order for the Ukrainian forces to be able to continue fighting for a long time even without any material chance of real victory.

On May 9 the US president signed the “Ukraine Democracy Defense Lend-Lease Act of 2022”, leading to a new phase in Washington-Kiev relations, in which Americans will be authorized to streamline and de-bureaucratize the process of sending military aid to Ukrainian forces. The objective of such a maneuver is to banish any procedural obstacle to the agility of bilateral military partnership, encouraging the systematic sending of material so that Ukrainian troops maintain their “resistance” against the Russian special operation.

Explicitly, the American objective with such an attitude is not to contribute to the achievement of peace, but to encourage further combat and promote war. The indiscriminate escalation of the hostilities became a central point of American strategy in Ukraine. Washington assumes the objective is simply to make Ukraine beat Russia. In practice, as there is no possibility of this happening, the objective of the American “aid” seems to be to provoke a “long-term defeat”, that is, to make Russia suffer in this conflict enough so that it does not start any other operation like this again. This could only be achieved by fueling the fighting with more and more weapons for Ukraine, as proposed by the new law.

Scott Ritter, military analyst and former US Marine Corps intelligence officer commented on the topic as follows: “The stated policy of the United States at this point in time is to create the conditions for a strategic Russian defeat in Ukraine, one of the goals of which is to bleed Russia dry so that Russia can never again carry out an action such as it has undertaken in Ukraine, or anywhere else  (…) This is the opposite of achieving peace. This is about promoting war. And as such, yes, the lend-lease legislation is not just adding fuel to the fire, it’s pouring fuel all over the fire”.

In fact, this supposed “strategic objective” seems incoherent. For there to be any real harm to Russia, the aid would have to be strong enough that Moscow would be forced to mobilize its full offensive potential towards Ukraine – which evidently is not happening now. And for that to occur, it would be needed a level of help much higher than mere shipment of armaments. To reverse Ukraine’s current status of virtually strategic neutralization, the West would need to become more directly involved in the conflict, which would be interpreted as NATO intervention and would result in a Russian response – something the Americans certainly want to avoid.

So, the speech seems just an attempt to deceive public opinion: there is no real intention to “defeat” Russia, either in the short or long term. There is only the desire to carry the conflict forward in order to delay its consequences, which are the retreat of NATO in Europe and the geopolitical multipolarization. When victory becomes impossible, delaying defeat is the most strategic thing to do and that is precisely what the US is doing in Ukraine, to the detriment of the local people, who just want peace.

An important point to be commented on is the fact that the bill approved by Biden this week is not new. Despite its recent approval, the project had already been introduced by Senators John Cornyn (R-TX), Ben Cardin (D-MD), Roger Wicker (R-MS) and Jeanne Shaheen (D-NH) in January 2022. This means that the intention of US lawmakers is old and has no specific relationship with Russian military operation. It was already the goal of the US to promote an unrestrained militarization of Ukraine, which demonstrates that Moscow’s justification for the need to demilitarize Kiev is valid. Had the operation not started, Kiev would now be receiving these weapons in the same way – and possibly using them against civilians in Donbass.

The first consequences of the Act are about to come. May 10 the House approved a new budget of more than 33 billion dollars in military aid to Kiev. With the new Act, approval by the Senate must take place as quickly as possible, without further discussions or bureaucracies. Direct private transactions with Ukraine will also take place without regulation in the US. Of course, this will also be a precedent and the US is expected to force European countries to pass similar laws to reduce bureaucracy in military trade with Kiev.

Now the scenario is set for an escalation that is sure to further complicate the situation for Ukraine. The Russians clearly do not want to use their full military potential in this operation, but they are willing to tolerate it only up to a point. If necessary, Moscow will not hesitate to increase its fighting force to resolve the situation as quickly as possible. Both the Ukrainian government and the West know this but prefer to maintain the narrative that it is possible to “defeat Russia”, perpetuating a situation that harms more and more the civilian population and only benefits the West and its military industry.