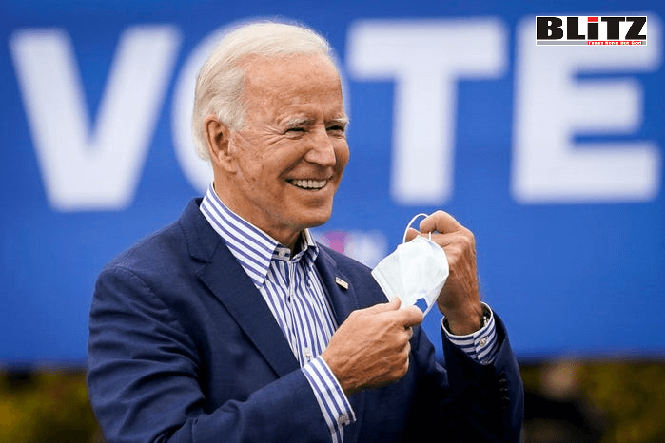 Joe Biden won’t make must or vaccine mandatory for Americans

President-elect Joe Biden said that he would not make the coronavirus vaccine mandatory for all Americans to get after he is inaugurated in January.

Joe Biden said at a Friday press conference in Delaware that he would not impose a vaccine mandate nor a mask mandate when he is sworn in as the next president, according to The New York Post. The president-elect added that he would still encourage all Americans to both get vaccinated and continue to wear masks because it’s the “right thing” to do.

“No, I don’t think it should be mandatory,” Biden said, the Post reported. “I wouldn’t demand it be mandatory.”

Biden added that he would use his Jan. 20 inauguration address to encourage Americans to wear masks for 100 days, according to the Post. He made similar comments Thursday night during an interview with CNN anchor Jake Tapper.

Meanwhile, pharmaceutical companies Pfizer and Moderna announced in November that large-scale human trials for their respective coronavirus vaccine candidates had yielded positive results. Both companies have since requested emergency use authorization from the Food and Drug Administration (FDA), which has yet to approve either request.

Average coronavirus cases and deaths per million have been increasing steadily in the U.S. since mid-October, according to The COVID Tracking Project. On Friday, the U.S. reported 2,563 new coronavirus-related deaths and 224,831 new cases while 101,276 Americans remained hospitalized from the virus.

Biden will take office amidst an elaborate federal, state and local government effort to produce and distribute hundreds of millions of coronavirus vaccines around the country, according to The Intelligencer.

The effort will be guided by Centers for Disease Control and Prevention guidelines, but states will ultimately have the final say on how the vaccine will be distributed.

More than 100 million people are expected to receive the vaccine by the end of February, according to Dr. Moncef Slaoui, President Donald Trump’s coronavirus vaccine czar, CNBC reported. At-risk populations – including the elderly, health-care workers and those with preexisting conditions – will be given priority access, he said.