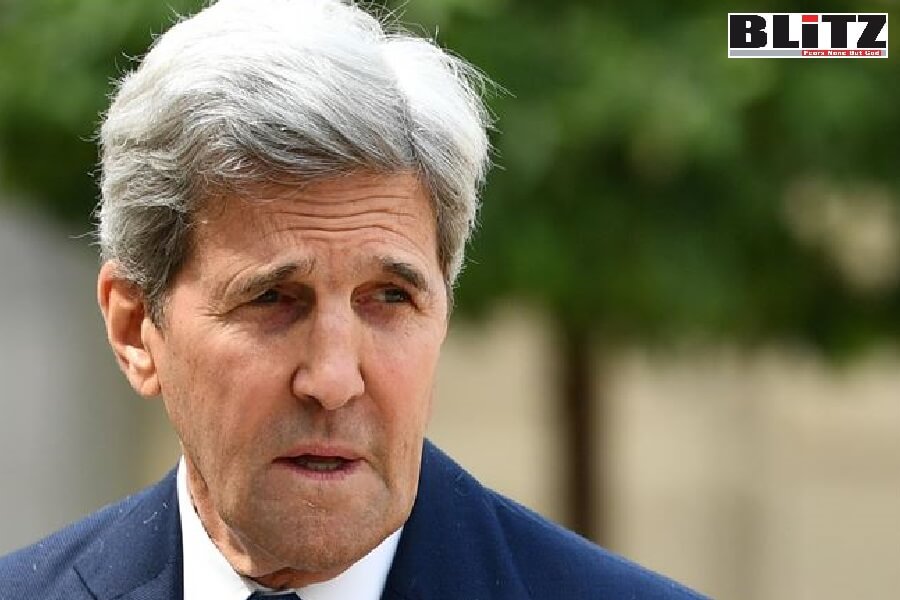 John Kerry was accused in 2018 of trying to undermine President Trump by conducting “shadow diplomacy” with Iranian officials to salvage the nuclear deal he helped negotiate under President Obama. The deal gave Iran $1.8 billion in cash and lifted sanctions that unfroze an estimated $50 billion in liquid assets. The accusation against Kerry echoed charges five decades ago that he conducted unauthorized diplomacy with communist Vietnamese leaders in Paris. Writes Art Moore

Iran’s foreign minister disclosed in leaked audio reported by the New York Times that John Kerry informed him that Israel engaged in more than 200 covert operations against Iran in Syria.

Mohammad Javad Zarif – who was Iran’s chief negotiator in the 2015 nuclear deal – claimed he received the intel while Kerry was serving as secretary of state, according to the report. Zarif said that at the time, the Revolutionary Guard Corps and supreme leader Ayatollah Ali Khamenei kept him in the dark about Iran’s government negotiations and military operations.

After widespread condemnation on Monday, Kerry denied the report.

“I can tell you that this story and these allegations are unequivocally false,” he wrote on Twitter. “This never happened – either when I was Secretary of State or since.”

Department spokesman said the strikes on Iranian interests in Syria already been disclosed by Israel.

On Monday, Iranian Foreign Ministry spokesman Saeed Khatibzadeh confirmed the authenticity of the recording, explaining it was part of a seven-hour interview Zarif made for a think tank tied to the Iranian presidency. Khatibzadeh called the leak “illegal,” insisting it was “selectively” edited. But he said nothing about how it might have been released.

Kerry was accused in 2018 of trying to undermine President Trump by conducting “shadow diplomacy” with Iranian officials to salvage the nuclear deal he helped negotiate under President Obama. The deal gave Iran $1.8 billion in cash and lifted sanctions that unfroze an estimated $50 billion in liquid assets. The accusation against Kerry echoed charges five decades ago that he conducted unauthorized diplomacy with communist Vietnamese leaders in Paris.

The United States under Trump withdrew from the Iran deal, the Joint Comprehensive Plan of Action, in May 2018. At the time, Trump called the agreement “a horrible one-sided deal that should have never, ever been made. He said “it didn’t bring calm, it didn’t bring peace, and it never will.”

Kerry now serves on the National Security Council as the special presidential envoy for climate.

Among the many critics Monday was former U.N. ambassador Nikki Haley.

“This is disgusting on many levels. Biden and Kerry have to answer for why Kerry would be tipping off Iran, the number one sponsor of terror, while stabbing one of our greatest partners, Israel, in the back,” she wrote on Twitter.

Democratic Sen. Chris Murphy of Connecticut Chris Murphy mocked Kerry’s Republican accusers, who regard Iranian leaders as “dangerous lying thieves who cannot ever be trusted … unless they are making accusations about John Kerry when of course they are telling the 100% truth.”

In the leaked audio, Zarif spoke of his limited power under Ayatollah Ali Khameini and the impact of the U.S. killing of Gen. Qassem Soleimani in January 2020.

The reason Zarif has surved for eight years as foreign minister, according to a former Iran expert at the State Department, is “he serves as the ‘reasonable’ storefront to the world, protecting the more empowered radical elements of the regime from Western and press scrutiny.”

Gabriel Noronha said in a statement reported by Fox News that Zarif’s Foreign Ministry “is relegated to the job of the marketing and PR team, justifying and defending the policy choices of the IRGC and Supreme Leader Khamenei abroad.”

“I think the leak was likely instigated by regime insiders who have long hated Zarif and tried to oust him — they oppose current efforts to rejoin the JCPOA and also want to bolster domestic opposition to President Rouhani and his allies running for office in June,” Noronha said.

The New York Times report actually buried Zarif’s disclosure near the bottom of its story, noted David Harsanyi in a column for National Review Online.

Harsanyi said it’s now clear that Kerry “isn’t merely a critic of Israel; he is an adversary.”

“A high-ranking American official feels comfortable sharing this information with an autocratic adversary — a government that’s murdered hundreds of Americans, regularly kidnapped them, interfered with our elections, and propped up a regime that gasses its people — about the covert actions of a long-time American ally,” he wrote.

“What else did he tell Zarif? The Times doesn’t say.”

Harsanyi said it “wouldn’t be surprising if Israel was more reluctant to share intel with the United States when Democrats such as Kerry show more fondness for those making genocidal threats against the Jewish people than they do for the state that protects them.”

Meanwhile, world powers are engaged in talks in Vienna to find a way for Iran to comply with the nuclear deal. Tehran has begun enriching uranium up to 60% purity, moving it closer to the weapons-grade level of 90%.

In May 2019, then-Secretary of State Mike Pompeo affirmed President Trump’s claim that Kerry violated the Logan Act, saying he witnessed the former secretary of state meeting with Iranian leaders.

“It’s true. I was there in Munich … I saw not only Kerry … [others] met with the Iranian leadership,” Pompeo said. “It’s unusual, but more importantly, it’s wrong.”

Kerry, after initial denials, admitted he met with Zarif at least twice during the Trump administration. A Kerry source told CNN that Kerry didn’t talk to Iranian officials after President Trump announced the U.S. was pulling out of the Iran deal. The source said that prior to the withdrawal, Kerry did communicate with the Iranians to urge them to stay in the deal.

Last week, the American Center for Law and Justice filed a lawsuit against the State Department for refusing to respond with information that could document Kerry’s unauthorized diplomacy.

“No president, regardless of party, should be comfortable with a former government official acting as a private citizen to undermine and sabotage U.S. foreign policy on behalf of their future successor,” the legal group said. “It’s dangerous. Particularly when the country they’re meeting with also happens to be the world’s number one state sponsor of terrorism.”

On Monday, the ACLJ announced a “major breakthrough” in the case against the Biden administration, citing communications showing senior Obama-Biden officials held a meeting in which a decision was made regarding what to tell media about the administration’s clandestine negotiations with Iran in reaching the nuclear deal.

A court has ordered the Biden State Department to hand over a key email – now with no redactions – between Jen Psaki and other senior Obama-Biden officials. Psaki, now Biden’s White House secretary, at the time was the State Department spokeswoman.

The ACLJ said it already has a heavily redacted copy of the email, and the unredacted version is “definitive evidence” that the Obama-Biden administration intentionally manipulated the public video record of a press briefing.

Kerry said in November that Biden’s presidency would help propel the World Economic Forum’s globalist “Great Reset” plan to use the coronavirus pandemic to transform the world’s economy.

“The notion of a reset is more important than ever before,” Kerry said in a World Economic Forum panel. “I personally believe … we’re at the dawn of an extremely exciting time.”

Kerry said the rejoining of the Paris Climate Accord under Biden would help drive the “Great Reset.”

Kerry also was at odds with the Trump administration over policy with the Palestinian Authority. In 2016, Kerry insisted there would be no “separate peace” in the Middle East between Israel and the Arab world without the Palestinian participation.

But Kerry turned out to be wrong when the Trump administration brokered agreements that normalized relations between Israel and four Muslim-majority nations.

At a 2016 forum at the Brookings Institution, Kerry declared there “will be no separate peace between Israel and the Arab world,” Kerry said. “I want to make that very clear with all of you.

“I’ve heard several prominent politicians in Israel sometimes saying, ‘Well, the Arab world is in a different place now. We just have to reach out to them. We can work some things with the Arab world and we’ll deal with the Palestinians.’ No. No, no and no,” he said.

“I can tell you that, reaffirmed within the last week because I’ve talked to the leaders of the Arab community, there will be no advanced and separate peace with the Arab world without the Palestinian process and Palestinian peace,” said Kerry.

“Everybody needs to understand that. That is a hard reality.”