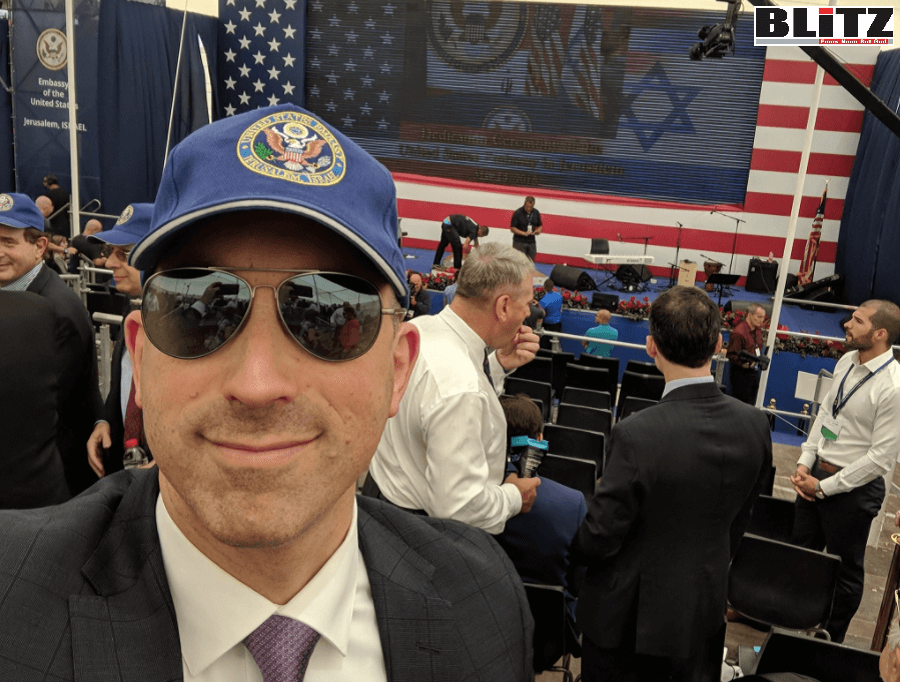 Anti-Defamation League (ADL) National Director Jonathan “Greenblatt has already so trashed ADL’s reputation,” wrote Jewish News Syndicate editor-in-chief Jonathan S. Tobin in July 2020. While the ADL previously had leftist biases, “Greenblatt has steadily pushed the group farther to the left and, in so doing, more or less destroyed its reputation as being above politics,” as Tobin and other conservative Jews have noted.

The particular occasion for Tobin’s outrage was Greenblatt’s collaboration with the disgraceful Al Sharpton, a leftist political agitator known for his antisemitism and other bigotries. The ADL “has utterly disgraced itself in a manner that ought to shame its staff and donors” ironically in a campaign against online hate speech, Tobin noted. “Is there any red line that the Anti-Defamation League won’t cross”?

When Greenblatt succeeded in 2015 Abraham Foxman at the ADL, Greenblatt raised eyebrows as a former Democratic Party activist who had worked in both the Bill Clinton and Barack Obama administrations. As the Israeli-American political analyst Caroline Glick observed, Greenblatt was an “Obama White House alumni and environmental activist with no history of Jewish organizational work,” unlike the longtime ADL veteran Foxman. The “shift from a career Jewish professional to a veteran Democratic Party operative with no experience working in the field raised questions about the future direction of the group,” Tobin noted.

At the ADL, “not only is Foxman badly missed, his replacement has more or less destroyed the organization’s reputation,” whose “vision of the group is fundamentally that of a Democratic Party auxiliary,” Tobin has concluded. “Greenblatt is a man of the left in the purest sense, and one who holds partisan politics paramount,” conservative Jewish-American commentator Seth Mandel has agreed. Glick as well has concurred that “Greenblatt has transformed the ADL into a post-Jewish political group.”

Looking abroad, Greenblatt in a 2016 Foreign Policy article also condemned Israeli Prime Minister Benjamin Netanyahu. He had made the logical observation that Palestinian unwillingness to allow Jewish Judean and Samarian settlers to live in any future Palestinian state would entail “ethnic cleansing.” Thus “ADL must be viewed as an ally of J Street and others on the left who make no secret of their partisanship in the context of both Israeli politics and the tense relations between Israel and the United States,” Tobin noted.

Such partisanship has distorted the ADL’s mission of combatting antisemitism across the political spectrum, Mandel has noted. “Greenblatt sees right-wing bigotry as a crucial element of conservative ideology, while viewing any such transgressions on the left as isolated anomalies.” Thus “Greenblatt’s defenders like to point to the occasional times he’s managed to criticize a non-Republican for anti-Semitism, but such criticism usually comes after indefensible silence.”

Mandel cited the case of Democratic Congressman Keith Ellison, whom Islamic Republic of Iran President Hassan Rouhani hosted to a 2013 dinner in New York City along with the vicious anti-Semite Louis Farrakhan. “Greenblatt was silent for days. When he was finally pressured to make a statement, he denounced Farrakhan,” Mandel recalled, “but never mentioned Ellison.” As Glick later noted, the ADL initially supported Ellison, who has his own anti-Semitic record as a former spokesman for Farrakhan’s National of Islam, in Ellison’s 2016 campaign to become Democratic National Committee Chairman. When his 2010 comments about Israel controlling American foreign policy became public, the ADL reversed course.

Americans for Peace and Tolerance (APT) President Charles Jacobs has noted a similar scandal concerning anti-Semitic Palestinian-American activist Linda Sarsour. This “virulently anti-Israel Islamist who is a supporter of terrorists, and a defender of Sharia law, was a featured speaker at the City University of New York (CUNY) School of Public Health’s graduation on June 1,” 2017. “Yet it was only after weeks of silence, and only when upbraided for that despicable silence, that the ADL finally issued a statement criticizing Sarsour.”

In contrasting, the ADL has had to reverse its condemnation of various non-Leftists, such as former Trump adviser Stephen Bannon. In 2016, the “ADL spearheaded the campaign to label Bannon an anti-Semite,” Glick noted. “When its claims were shown to be entirely spurious…the ADL quietly acknowledged that Bannon has actually never made any anti-Semitic statements.”

The ADL also attempted in 2018 to tar as bigoted Canary Mission. This anti-Semitic watchdog has exposed numerous examples of Israel-hatred and antisemitism among Muslims and others. “Unable to provide a single instance of the Canary Mission’s supposed Islamophobia and racist rhetoric, ADL walked it back,” Mandel noted.

The one notably centrist position Greenblatt took was to oppose the 2015 Iran nuclear deal engineered by his former boss Obama. He broke with Obama, but followed in the footsteps of Foxman, who announced opposition to the Joint Comprehensive Plan Of Action (JCPOA) days after its completion as his last official ADL act. Greenblatt, though, has not demonstrated Foxman’s incisive analysis of Islamic antisemitism or strong commitment to Israel.

Non-leftist Jews such as Glick have given a clear verdict on the ADL; “‘Jewish’ is not a synonym of ‘leftist.’” “It is unclear whether the ADL’s reputation can survive Greenblatt’s stewardship,” Mandel has argued. “This is turning the ADL into a shell of its former self; if it goes on much longer, the group’s credibility may never recover,” Van Ness has agreed. “The ADL has lost its way. It’s time for the group to reverse course before it finds that Greenblatt has destroyed what’s left of its reputation,” Tobin has concluded.

The call by Jacobs and Tobin in a recent webinar for new Jewish leadership in America is therefore unsurprising. A world of manifold threats to Jews and Israel necessitates objective monitors of antisemitism. Greenblatt and the modern ADL are grievously compromised.