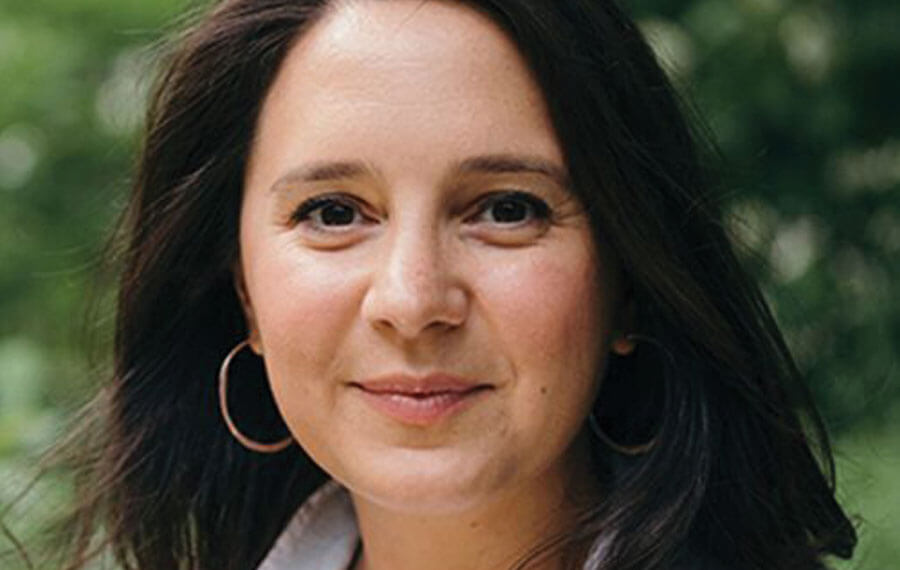 “I’m the daughter of a Trump-curious man who was forbidden from voting for him because my mom withheld sex,” Weiss said, eliciting laughter from the approximately 100 people in attendance.

Weiss appeared on Sept. 27 for a discussion with Sinai Temple’s Max Webb Senior Rabbi David Wolpe. During their hour-long conversation, the journalist and the rabbi discussed Ford’s allegations of Kavanaugh’s sexual assault, President Trump’s impact on the nation’s discourse, anti-Semitism in the U.S. and abroad, and how Weiss, 34, became an opinion writer at one of the nation’s most prominent newspapers.

Weiss had a slightly different perspective: “I was struck by the fact that a lot of people I talked to actually said they were sympathetic in both directions.”

Weiss has been an op-ed writer and editor at The New York Times since joining the newspaper in 2017. Prior to that, she was an op-ed and book review editor at The Wall Street Journal. She also worked at the Jewish online magazine Tablet. Her opinion pieces at The New York Times have included one headlined “When Progressives Embrace Hate,” in which she denounced anti-Israel activist Linda Sarsour.

Weiss’ politics are not easy to pinpoint. Though she has won conservative readers for her willingness to criticize left-wing progressives and for her support of Israel, she is no fan of the president.

When Wolpe asked: “I don’t think there is a figure in my lifetime that has garnered anything like the kind of attention [Trump] has — why?”

Weiss responded: “Because — and I’m sorry to the Trumpers in the room — it is absolutely shocking this man is the most powerful man in the world.”

Weiss, who was raised in Pittsburgh and attended Columbia University, did not always envision herself becoming a journalist.

“I’m not someone who from a young age imagined myself being a writer, or had dreams of being a novelist, or anything like that, but I was always very driven by ideas and by values, and that is the reason I got into journalism,” she said.

She said she found her voice at Columbia University. She entered college identifying with the political left but revised her thinking after experiencing Israel bias among those who also considered themselves in the left wing.

“All of a sudden the progressive Zionism I thought was normal and standard … I was told [that] to be a Zionist is to be a racist,” she said.

Weiss, who had once thought of pursuing a career in the rabbinate, likened her columns to sermons. “They’re just called op-eds,” she said.

Weiss said Jewish life in Europe was “dead or dying.”

“I don’t know a Jew in France that doesn’t have an apartment in Tel Aviv or Ramat Gan or Jerusalem,” Weiss said, adding there is a need to take anti-Semitism in America seriously, “both on the far right and the far left.”

“On the far right it’s very easy to see, I think. It is often more dramatic. It is people marching with tiki torches in Charlottesville [Va.] saying, ‘The Jews will not replace us,’ ” she explained. “… On the left, it is a bit harder because, frankly, it is people we are friends with. It is people in our communities and it is people who are trying to convince us that, because they are cloaking it in the language of anti-Zionism, it is not as threatening.”

Weiss said she believes Judaism and journalism share a commitment to the truth. She pointed to the biblical story of Abraham smashing idols before starting the world’s first monotheistic religion as a metaphor applicable to her career.

“The smashing of the idols is smashing the cultural mores of the time to tell a deeper truth about the world,” Weiss said.

And throughout her career, Weiss said, she has experienced the loneliness of “telling the truth as I see it.”

“I am used to being politically homeless, which I think is a very, very Jewish position.”