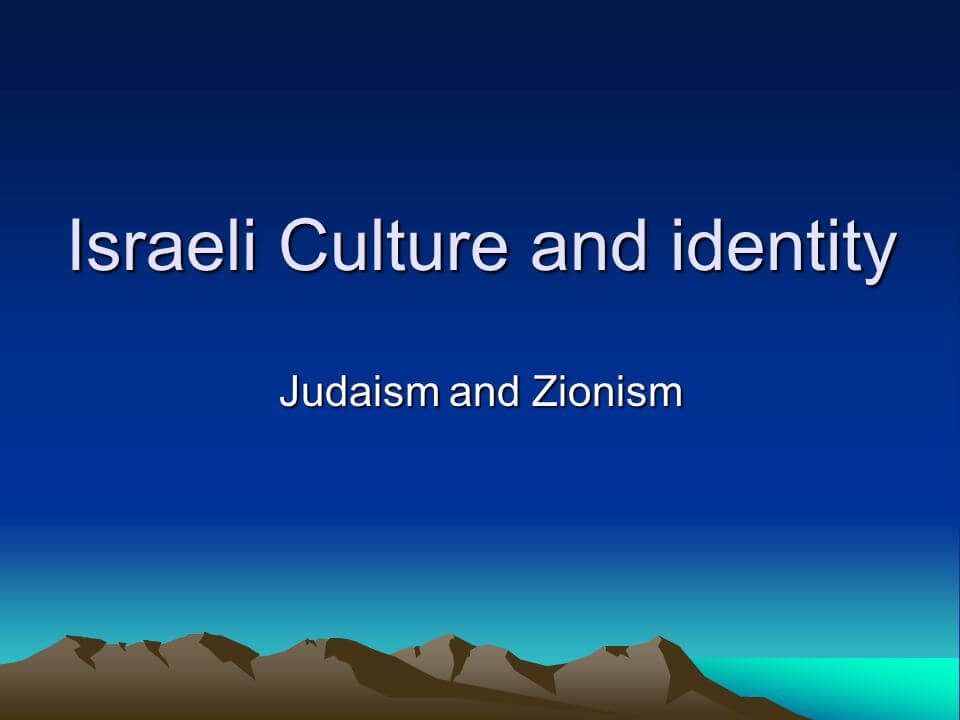 The answer is neither simple nor defined by specific parameters.

As in life, there can be many responses to a single question. First, there is Judaism the religion based on the concept that only one God exists. The first of the monotheistic religions to emerge and based on the old Testament/ Torah. It is a religion based in ritualistic rules and beliefs. If one is a religious Jew they observe and/or follow these rules. Within this group of observant Jews, there are sub categories including ultra Orthodox, Modern Orthodox, Conservative, Reform and Secular humanistic.

Zionism is the belief that Jews, as people, have a right to self-determination in the land of Israel. A land of their forefathers, a land promised to them by God, as it is written in the Old Testament. Jews have always lived in Israel for thousands of years. But many were expelled by the Romans, resulting in them living all over the world; today known as the diaspora.

If you are a Zionist you believe Israel has the right to exist and that the Jewish people have a right to a homeland just like other people have a right to a homeland. That being said, Israel is not just for Jews- many Muslims and Christians live in Israel and enjoy the benefits of living in an enlightened and prosperous democracy. All religions are tolerated and respected. One does not need to be Jewish to even be a Zionist; there are Christian, Muslim and even atheist Zionists. Some are Zionists based on religious principles, others on political ones. Having a Jewish state is imperative to the very survival of the Jewish people, as they are probably the most persecuted group in history. In every century, Jewish people have been persecuted somewhere. Despite this persecution, Jews contribute and are successful in communities around the world, not just in Israel.

Being Jewish also means belonging to a specific ethnic group. As with any ethnic group, certain pieces genetic information connects them as a group. Jews share a distinct cultural identity that connects them as well. This cultural identity includes language, foods, music, family values and even humor. People who identify as culturally Jewish may not be very observant and /or be secular. These cultural traditions vary somewhat depending on different regions of the world. Ironically, many Jews living in Israel are secular, some even believe that national identity as Israeli makes them Jewish.

In conclusion, being Jewish means one can identify with all or one these areas. Hence, in response to the question initially posed in the beginning of this article “What does it mean to be Jewish?” The best answer may be that it depends on how an individual chooses to define their own Jewish identity.

Regina Elenor Fisher is a pro-Israel columnist and regular contributor of Blitz.

Like Loading...
Recommended for you:
Continue Reading
Advertisement
You may also like...
Related Topics:Jewish people have a right to a homeland, Neither simple nor defined, Some are Zionists based on religious principles, What does it mean to be Jewish