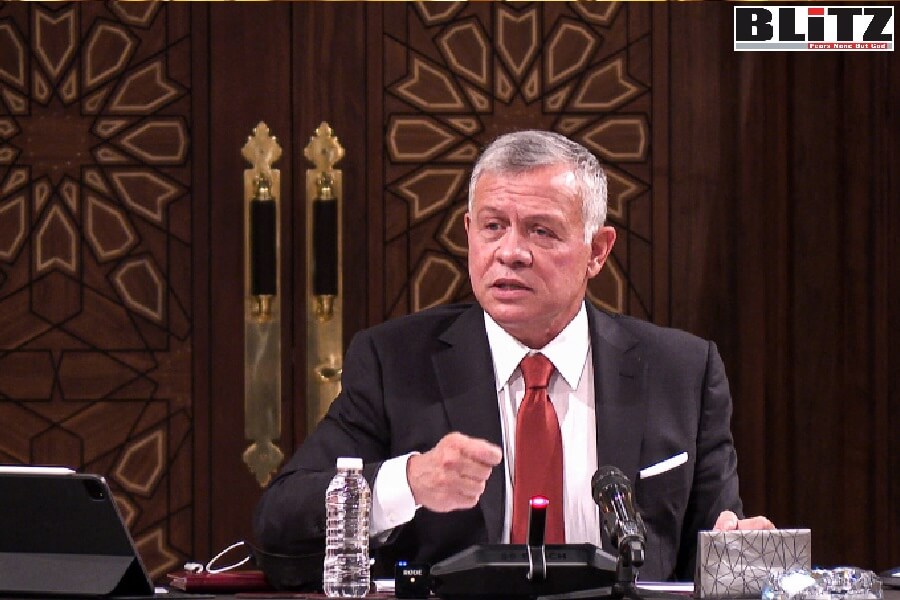 The King of Jordan has apparently reached the conclusion that opening the door to the extremist Shiite regime in Iran will save his country from its many crises. While it might allay those crises in the short term, this alliance will likely end with Jordan sinking into a state of total Iranian domination, as did Lebanon, Iraq, and Yemen. Writes Dr. Edy Cohen

It is now official: Jordan is allied with Iran.

On June 27, 2021, Jordan’s King Abdullah II met with Iraqi PM Mustafa Kadhimi and Egyptian president Abdel Fattah Sisi in Baghdad. The three announced an agreement to cooperate on transporting Iraqi oil through pipelines from Iraq to Jordan to Egypt, from where it will be exported to Europe via the Mediterranean.

Because Iraq is a puppet state under Iran’s control, this agreement represents King Abdullah’s “coming out of the closet” with the Islamic Republic. Exporting Iraqi oil through Jordan to Europe is simply exporting oil controlled by Iran, which rules Iraq through its network of Shiite militias and controls the country’s resources.

The day after the announcement, Jordanian state media began promoting full financial cooperation with Iran. This is as shocking to the Jordanian public as President Anwar Sadat’s announcement of peace with Israel was to the Egyptian public 40 years ago.

Zaid Nabulsi, a member of King Abdullah’s newly appointed “king’s advisory board,” told the media, “Iranian religious tourism will breathe life back into Jordan.” Government-controlled media sites are now speaking about one million anticipated Iranian religious tourists. They are expected to come to the village of Kerak, 120 km (75 miles) south of Amman, to visit the shrine of Jaffar Ibn Abu Taleb. The Jordanian and Arab press have begun speaking of an Iranian proposal to build an airport in Kerak.

Jaffar Ibn Abu Taleb was Muhammad’s cousin, who died fighting the Byzantine Empire in Kerak. His shrine is considered holy by the Shiite faith. But because the Sunni faith generally considers visits to gravesites for worship an act of infidelity to God, the practice is banned and the Jaffar Ibn Abu Taleb shrine usually closed. Despite this, King Abdullah himself visited the site to promote and legitimize such visits.

Nor did he stop there. The monarchy is now supporting a campaign to promote the Shiite faith itself. This kind of religious infiltration is exactly what Iran did in both Syria and Iraq—indeed, this is how it began its pursuit of total control over those countries.

Mouafaq Mahadeen, a Jordanian journalist known for his close ties to the Hashemite monarch, appeared on TV two nights after the king’s visit to the shrine and said, “Eighty percent of Lebanon’s Shiites are originally from Kerak.” Jordanian media sites repeated the claim that Iran is considering building an airport in Kerak, and old news stories resurfaced of Iran allegedly promising to supply the kingdom with free oil for 30 years.

On July 3, Jordanian TV broadcast a show in which various speakers claimed it is perfectly safe to welcome Iranians into Jordan as tourists. This was in response to threats and warnings issued by leaders of the Palestinian majority of the country as well as the Bedouin native minority. Both issued messages to the king on July 1 warning him against allowing Iran into Jordan. In normal circumstances, neither side would dare criticize the king, let alone send him a warning.

Jordan is suffering from severe financial hardship due to COVID-19, corruption, mismanagement, and a lack of natural resources, including water. King Abdullah believes opening the door to the Shiite regime in Iran will rescue his country from these crises. But this is likely to prove a double-edged sword. It will not take long for Jordan to sink into darkness just as Lebanon, Syria, Iraq, and Yemen did. As for Israel, it must now fear an eastern front under radical Shiite control that sends drones or even digs tunnels into Israeli territory.