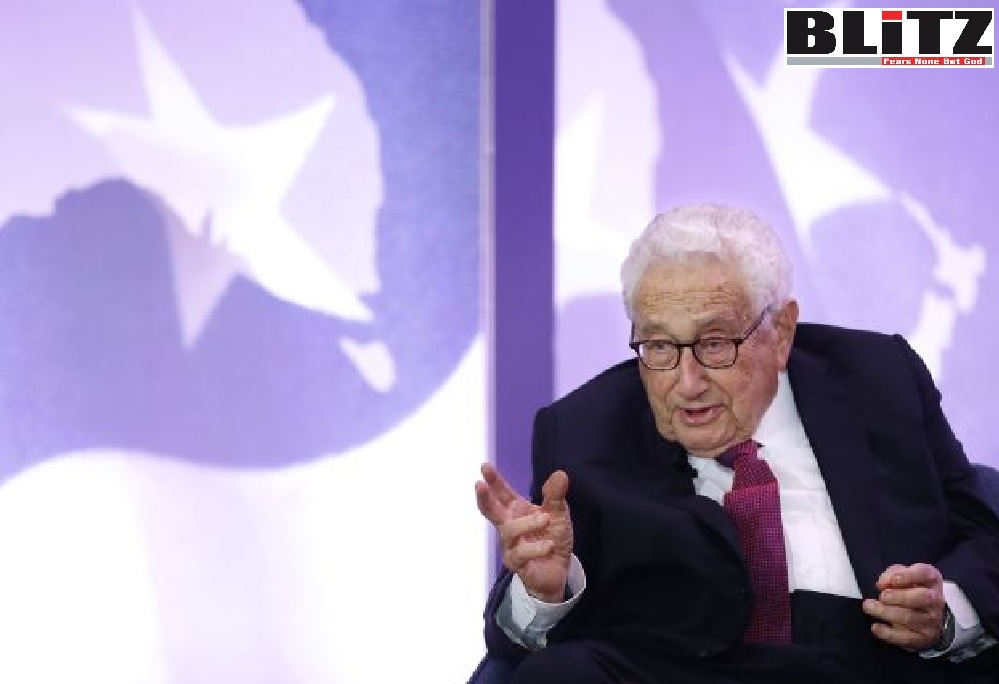 Kissinger, unlike most contemporary pro-Western politicians and globalist elites, does not give up realism. Writes Lucas Leiroz

As the Russian special military operation in Ukraine moves forward, it becomes harder for Western analysts to deny the evident failure of the NATO’s project for post-Maidan Kiev. Given the current scenario, one of the greatest geopolitical thinkers in the western world, former US Secretary of State Henry Kissinger, gave realistic advice so that a solution to the conflict is found as quickly as possible, with little damage to the parties involved.

Henry Kissinger argues that Europe must stop insisting on a defeat of Russian forces in Ukraine, claiming that the effects of such insistence would be disastrous for European stability in the long term. At the World Economic Forum in Davos, Switzerland, the former Secretary of State even suggested that Ukraine should cede part of its territory, in order to reach a peace agreement in this conflict.

According to The Telegraph, in his speech on Monday, May 23, Kissinger stated that direct negotiations for the cessation of the combat should begin within a maximum period of two months, in order to avoid further damage. The former head of US diplomacy believes that after this period it will be much more difficult to control the security crisis and its effects, as that would possibly mean for the West the beginning of a new war against Russia.

“Negotiations need to begin in the next two months before it creates upheavals and tensions that will not be easily overcome. Ideally, the dividing line should be a return to the status quo ante (…) Pursuing the war beyond that point would not be about the freedom of Ukraine, but a new war against Russia itself’, he says.

As we can see, for him, the ideal is to return to the pre-conflict status quo. But it is necessary to understand what such a status quo would be. Considering that, in other moments of his speech, Kissinger argued Ukraine should cede territory, he seems to agree that Kiev must accept all Russian-imposed peace conditions and recognize the new sovereign republics and Russian Crimea. With this territorial reformulation of the Ukrainian state, it would be possible to return to a scenario of stability not only pre-Russian operation, but even pre-Maidan, when Ukraine was truly geopolitically neutral.

For him, a “neutral Ukraine” today does not mean the same as it did eight years ago, but this is still the ideal scenario to look for: “About eight years ago, when the idea of membership of Ukraine in NATO came up, I wrote an article in which I said that the ideal outcome would be if Ukraine could be constituted as a neutral kind of state, as a bridge between Russia and Europe (…) I think that opportunity does not now exist in the same manner, but it could still be conceived as an ultimate objective”.

In fact, Kissinger is absolutely unsuspected of any “pro-Russian” position. His background in American foreign policy and all his vast literary work make his pro-Western thinking very clear, but without prejudice to his strategic sense. Kissinger, unlike most contemporary pro-Western politicians and globalist elites, does not give up realism. Certainly, for him, a world with NATO global hegemony would be ideal, but he knows that this is no longer materially viable and, in his expertise, he points out alternative paths to maintain world peace and avoid escalating tensions.

As expected, Ukrainian reactions to the former secretary’s statements were, in general, extremely negative. For example, Inna Sovsun, a member of the Ukrainian parliament, stated: “It’s a pity that the former U.S. secretary of state believes that giving up on part of the sovereign territory is a way for peace for any country”. Also, Zelensky’s adviser Mykhailo Podolyak: “As easily as Mr. Kissinger proposes to give Russia part of Ukraine to stop the war, he would allow to take Poland or Lithuania away. It’s good that Ukrainians in the trenches do not have time for listening to Davos panicmonger. They’re a little bit busy defending Freedom and Democracy”.

In the Western world, however, it is becoming increasingly difficult not to take a realistic stance. Even before Kissinger’s words, the New York Times had published an article with very similar content, exposing that it would be up to the Ukrainians to make difficult decisions in the name of peace: “In the end, it is the Ukrainians who must make the hard decisions: they are the ones fighting, dying and losing their homes to Russian aggression, and it is they who must decide what an end to the war might look like (…) If the conflict does lead to real negotiations, it will be Ukrainian leaders who will have to make the painful territorial decisions that any compromise will demand”. In fact, as the situation worsens for Kiev, analysts who until recently encouraged “Ukrainian resistance” are forced to expose more realistic content, in order to save their own credibility.

But it is not analysts and ex-state officials who make real politics. Western politicians and the globalist elites that support and finance them need to understand the messages of Kissinger and the realists: a neutral and territorially reformed Ukraine is the only way to end the conflict.