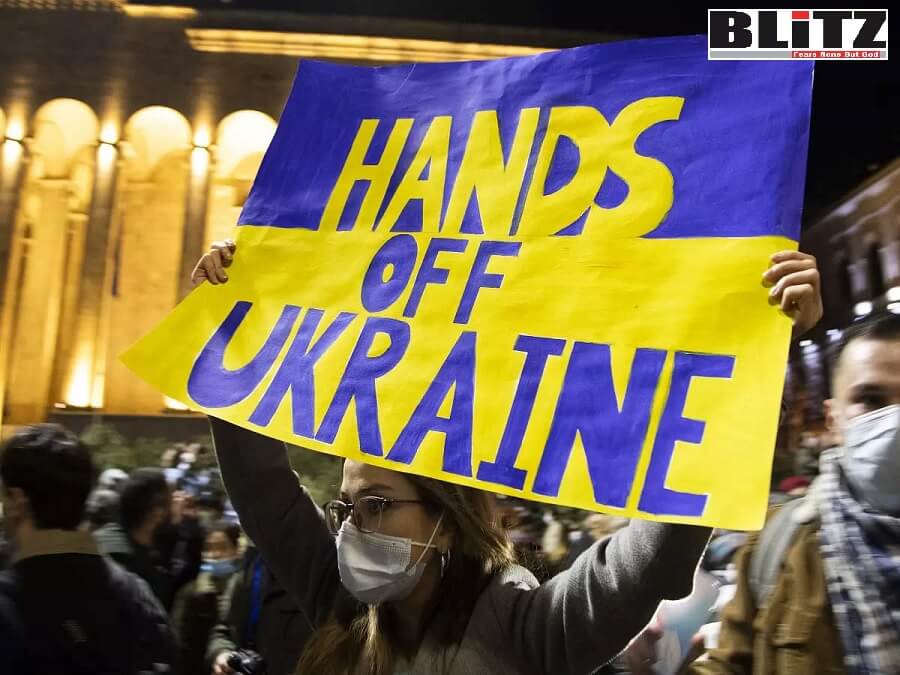 In the early hours of Feb. 24, the Russian Federation officially launched a full-blown invasion of Ukraine. The invasion followed several aggressive and paranoid statements by Russian President Vladimir Putin and other representatives of the Russian authorities who decided to recognise two “people’s republics” in Russia-occupied parts of the Donbass. Yet there were no celebrations on Russian streets — either of the recognition of the “republics” or of the invasion of Ukraine.

The Kremlin and its representatives have been persistently talking about the supposed suffering of ethnic Russians living in the Donbass, who were allegedly threatened by the Ukrainian authorities. But ordinary people in Russia appeared to be unmoved by the Kremlin propaganda.

It was different in 2014. The overwhelming majority of Russians supported and celebrated the illegal annexation of Crimea. The Ukrainian peninsula had been a part of Russian imperial mythology, and the idea of incorporating Crimea into Russia had been a pervasive element of Russian post-Soviet cultural production. The Donbass, on the other hand, had never been a part of mainstream Russian imperial mythology. Hence, in 2014, the Kremlin fed Russian society a false narrative that Ukraine was waging a war on the country’s ethnic Russian population. That largely worked, and helped convince at least half of Russian society that the country needed to support the “republics” to protect ethnic Russians there.

But even in 2014, only a minority of Russians supported the idea of military assistance to the “republics.” And, today, eight years after the start of the invasion of Ukraine, only a small portion of the population still believes that Ukraine targets ethnic Russians. It is armed separatism enjoying existential Moscow’s military, economic and political support that is a problem for Kyiv — not the ethnic background of the separatists.

Most of the Ukrainian military who were killed defending their country from Russian aggression came from central and eastern Ukraine where ethnic Russians constitute a sizable segment of the population. If you listen to Ukrainian soldiers and officers talking to each other in their spare time you will hear that many of them are speaking Russian.

Moreover, in the latest presidential elections, a sweeping majority of Ukrainians supported a Russian-speaking actor with a Jewish background — a fact that denies the claim that Ukrainian society has a grudge against ethnic Russians, or Jews for that matter.

Right after Putin’s recognition of the “republics” as sovereign states, the Russian army openly entered the “republics” under the guise of peacekeepers. As Russia is now engaged in a full-blown invasion, it finds it extremely difficult to convince the Russian population of the legitimacy, urgency or righteousness of the military action against Ukraine. Nor is it succeeding in convincing the West of the same. Even previously loyal “friends of Putin” such as Marine Le Pen have now condemned Russia’s war.

Since the Kremlin could not persuade either Russian society or Western nations that Ukraine was trying to suppress the “people of the Donbas,” Moscow needed a Big Lie — a lie of such enormous magnitude that people would find it psychologically hard not to believe, at the very least, some elements of it. Russia’s Big Lie is that Ukraine was not “simply” targeting ethnic Russians in the Donbas — it was committing genocide.

Authoritarian regimes have little trouble exploiting the fears and anxieties of liberal democracies when they call them “racist” or “Islamophobic” in response to Western criticism of their human rights records.

Putin knows well how horrified the West — having experienced the worst genocides in modern history on European soil — is about the very idea of ethnic cleansing. And, during his Ukraine speech, as well as before, he had no scruples over abusing the term and accusing the West of turning a blind eye to the alleged crimes against humanity in the Donbas.

But Russia’s Big Lie goes beyond rhetoric. The Kremlin and the “republics” have been trying to imitate and fabricate evidence of genocide. One of those imitations was the announcement of the evacuation of civilians from the “republics” to Russia on the ground of the imminent invasion of the “republics” by the Ukrainian army. The advance of the Ukrainian army was inconceivable, but the vile logic of the Big Lie is that if we see flows of refugees and hear claims of genocide, we naturally start thinking that even if the entire story is not true, there is still something extremely sinister going on.

Bigger the lie, bigger the tragedy

Already in January 2022, a number of Russian intellectuals, academics, actors, writers and representatives of other professions have signed a letter addressed to the Russian leadership urging the Kremlin to avoid the invasion of Ukraine.

The authors of the letter argue that the war planned by the Kremlin is “immoral, irresponsible, and criminal,” that the authorities tried to fool ordinary people into accepting the idea of a “sacred war with the West,” yet it will be those ordinary people who will pay an “enormous bloody price” for the war that “cannot have either legitimate or moral objectives.”

And even sources close to Moscow officials have said in private conversations that a growing number of members of the Russian government and intelligence community are expressing, among trusted colleagues, serious ethical and legal concerns about the further invasion of Ukraine, as they fear committing and contributing to war crimes and other humanitarian atrocities.

Russia’s Big Lie is doomed to result in exactly that. Atrocities and human suffering, dozens of thousands of victims and hundreds of thousands of refugees. And entire generations of Russian people may become complicit in these war crimes, laying the foundation of future animosity, hatred and strife between nations.