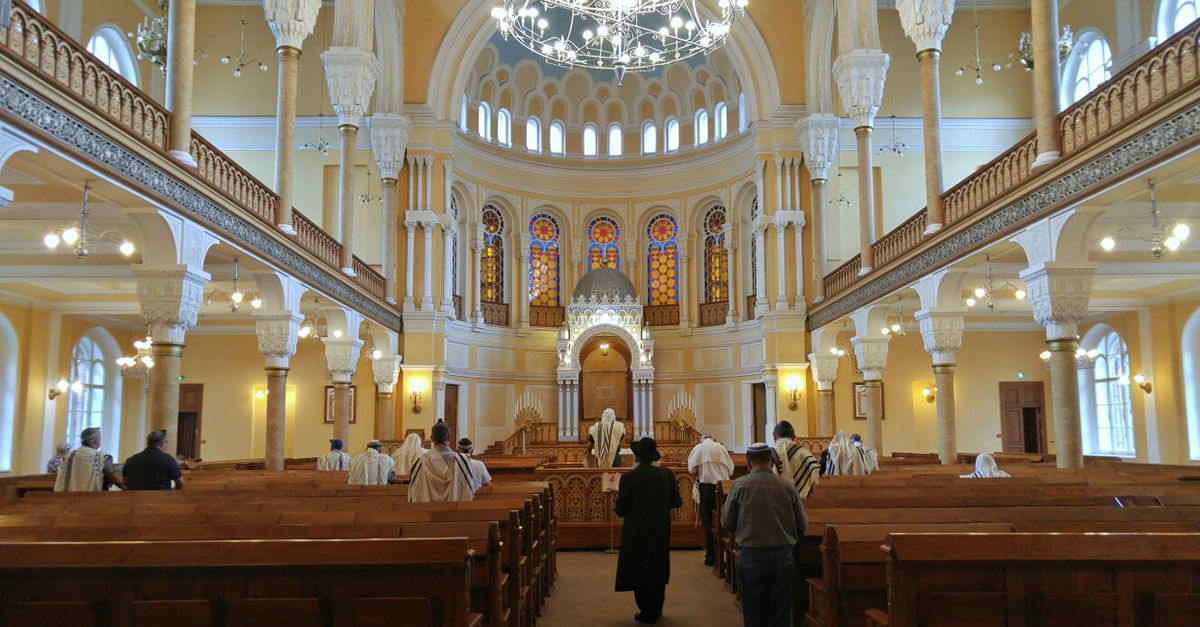 Most Jews don’t know any rabbis or staff with disabilities, according to a newly released report by RespectAbility, a nonprofit organization that fights stigmas and advances opportunities for people with disabilities. RespectAbility was founded five years ago by three Jewish philanthropists: Jennifer Laszlo Mizrahi, Donn Weinberg and Shelley Cohen

More than 4,000 respondents, including more than 900 individuals who self-disclose as a person with a disability, participated in the survey on Faith and Disability Inclusion. Top concerns also consist of access to healthcare, education and jobs, as well as fighting stigmas and Jewish inclusion.

“This lack of role models in the Jewish community and the feeling that people with disabilities are not being invited to be a part of a leadership process is a new piece of information,” Laszlo Mizrahi, president of RespectAbility, told the Journal via phone.

While RespectAbility has been doing surveys for years, this is the first time people were asked whether they knew someone with a disability working in leadership in the Jewish community and if they felt people with disabilities were being recruited to be active in Jewish life, serve on boards, serve on staff, etc.

“The reason that we ask those questions is that we really saw a lack of role modeling,” she said. “There are a couple people in the Jewish community who have a disability who self-disclose. I self-disclose that I have dyslexia, because I know that other people have dyslexia and it’s good for them to know they are not alone. Steve Rackitt, [President of] the Genesis Foundation, who used to head the Jewish Federation in Washington, is hard of hearing and he self-discloses.”

“It is important that each of us – as participants and as leaders in the Jewish community – be open about our own disabilities,” Rakitt said. “The fact that most respondents cannot name a Jewish leader with a disability simply highlights that many disabilities are not visibly evident.  By modeling openness and candor, we can change the perception that being a Jewish leader and being a person with a disability are not mutually exclusive.”

Overall, Jews with and without disabilities are not fully satisfied with the level of inclusion in the Jewish community, but they do see things as getting better. Encouragingly, 43 percent of both Jews with and without disabilities feel that the community is doing “somewhat well” on inclusion of people with disabilities (PWDS), and 38 percent of Jewish PWD respondents feel that the community is doing “a little better” on inclusion over the past five years. Of note, 36 percent of Jewish respondents with no disability connection “do not know” if there has been any improvement over the past five years, pointing still to a lack of awareness and an opportunity to increase inclusion.

When asked, “Aside from an individual’s family and friends, which part of the community is most responsible for increasing inclusion of people with disabilities,” the leading responses are synagogues (35 percent ) followed by Jewish Federations (23 percent). Jews with disabilities also point to the synagogues (20 percent ) and social organizations (21 percent) as the most challenging areas for inclusion.

Fully 85 percent  of Jewish respondents are concerned about increasing inclusion of people with disabilities in their faith community, including 35% who are extremely concerned. Still, while it is important to them to increase inclusion, it is also clear that of primary concern are healthcare, education and jobs.

“One of the things that RespectAbility is interested in is what we as an organization can do in Los Angeles to help build the talent pipeline of people with disabilities/disability experience who can play key leadership roles in Jewish organizations,” Mizrahi said. “You don’t go from not being active in an organization to being president of the organization. You have to build skills, build networks, contribute time and talent, prove your mettle, you have to pay your dues.”

More than a third of Jewish respondents with a disability identify the biggest barrier as “prejudice and unacknowledged stigma against people with disabilities.” Jews with no disability connection also note prejudice first at 28 percent. A combined 37 percent point to the largest barriers being a lack of information: “Religious leaders and activists want to be inclusive, but they don’t know how” (19 percent ). “Including people with disabilities can be complicated and we don’t have the expertise to serve every need.” (18 percent)

To change the stigma, RespectAbility is looking toward setting up model practices in Los Angeles that can be replicated in other communities.

Mizrahi continued, “One out of every five human beings has a disability. On earth there are 1.2 billion people with disabilities. People with disabilities are financially the poorest people on earth, more than African-Americans or Hispanics or any other demographic. Then if they have what’s called multiple minority status (a minority with a disability in America), they really are the poorest of the poor. I do believe this is also an anti-poverty strategy and a social justice strategy which really speaks to my Jewish heart.

“I really believe that the destiny of success for people with disabilities both in the Jewish community and outside the Jewish Community is this mantra of; Nothing about us without us,” Mizrahi said. Let those people with authentic, lived experience be a part of the solutions, and we’ll see so much more success going forward.”

Like Loading...
Recommended for you:
Continue Reading
Advertisement
You may also like...
Related Topics:Be open about our own disabilities, It is important, There's philosophy in the disability community