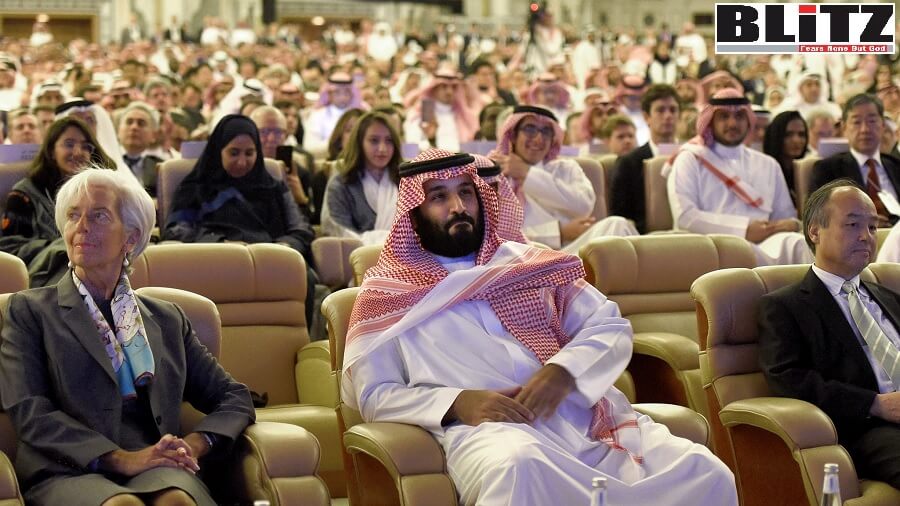 The large-scale support for moviemaking in Saudi Arabia by the crown prince began with accurate steps that came about after detailed research of the Saudi market, starting with the resumption of movie screening across the Kingdom after a decades-long ban. Writes Prince Badr bin Abdullah bin Farhan Al-Saud

In one of the villages of the Tabuk region in northwestern Saudi Arabia, 14-year-old Omar seemed confident about an on-screen character he would portray in an international movie being filmed nearby.

The teenager, who had never acted or attended the shooting of a film or TV series, finally found his passion when the movie’s producers descended on his hometown. He coincidentally caught the eye of the director and his assistants, who discovered an ambitious and raring-to-go talent, which paved the way for him to act alongside A-list movie stars.

The film’s producers found in Tabuk and NEOM an ideal location to shoot, given the area’s rich landscape as well as the geographical, natural and cultural opulence on offer. It not only provided an opportunity for 650 Saudi artists to take part as background actors but opened the doors for many local technicians to participate in the international venture and rub shoulders with international moviemakers.

Saudis made up more than 20 percent of the permanent film crew, from start to finish. The movie gave a massive boost to the local economy, as benefits trickled down to more than 90 Saudi firms and 80 trainees, in addition to 80,000 nights being booked at local hotels in the Tabuk region and elsewhere during the shooting period.

All of this is just for a single movie — and many international producers are currently working hard to produce several future blockbusters in Jeddah, NEOM, AlUla, Riyadh and other Saudi locations. This means a flurry of big opportunities for a promising industry in a cinema-loving nation that offers breathtaking locales for shooting, a passionate and skilled local talent pool, a culture that welcomes guests from the depths of the heart, and a diversity that is rich and unique in its natural and artistic composition.

In another global Hollywood production, which is filming at 24 different locations in Jeddah and AlUla, more than 100 Saudi actors found an opportunity to appear in the movie as background actors, and locals accounted for 10 percent of the permanent film crew. Added to that, a Saudi company and a British firm registered in the Kingdom participated in the production activities for the movie. More than four international actors took part in the film’s shoot for months on end, during which time they visited various events.

These two movies together conducted more than 1,000 auditions, which helped to uncover promising local talent for the future.
All of these gains and strengths have been rediscovered through the progressive and developmental vision of Crown Prince Mohammed bin Salman. His vision allowed us to unearth finer details that were unknown to us until now, and with his continuing support and empowerment our culture and national identity will rise and propel our country to occupy its deserved position as a global leader across various sectors.

The tireless activity of the production teams, artists and creative professionals in the Kingdom’s various regions began to leave an all too evident footprint in the movie industry as soon as the ball started rolling on film production in our country.

However, there are also various sectors that function outside the spotlight that have benefited from the positive impact of these ventures. They include film production companies, film equipment suppliers, talent agencies, freelancers, tourist guides, hospitality entities, modern and heritage tourist sites, restaurants, entertainment activities, legal consultancies, financial and banking services, logistical and transportation services, and every other sector that has gained, financially or otherwise, during the shooting and production phases of these movies.

Cinematically, many directors prefer to shoot at Saudi locations thanks to their natural and cultural lure and urban splendor. When you turn your gaze toward the north of the Kingdom you will be mesmerized by the archaeological details of Hegra city in AlUla, the Red Sands Mountains, Nazar Fort and Al-Shareef Market in Khaybar, the Georgios G. shipwreck in crystal-clear waters off Haql beach, Wadi Al-Disah in Tabuk, Wadi Tayyib Al-Ism in Magna, the Yellow Sands Mountains in Jeddah, and the Marid Castle and other historical monuments in Al-Jouf.

When you head east, you will wax lyrical about Al-Ahsa Oasis, the largest palm-tree oasis in the world, soak in the beauty of Qaisariah Traditional Souq in Al-Hofuf, Al-Koot Heritage Hotel in Ogair Ancient Port, the white sands of the eastern coast, and the majestic dunes of Al-Dahna and the Empty Quarter, the largest continuous area of sandy desert in the world.

In the west, you will be left speechless by the pristine beaches of the Red Sea coast, the historic towns of Jeddah, Duba, Al-Wajh and Yanbu.

Lovers of natural beauty will look forward to visiting the Kingdom’s south, where they will find some of the finest coffee beans in the world growing at Wadi Lajab and its hills in Jazan, the stunning mountains of Asir, with their authentic culture and villages, and the spectacular islands neighboring the mighty mountains, all of which will leave you in a trance of dreamy delight.

The Kingdom’s central regions serve an unprecedented feast to the unsuspecting eye. The plateaus of Qiddiyah, Jabal Al-Hamidh, and the golden desert sands will leave you in awe, as will the abundance of spaces and monuments in its cities and villages, and the exuberance of the culture and architecture.

All these natural elements serve as an irresistible draw for moviemakers worldwide.

In addition to the strength of the Saudi locations, the Saudi Film Commission announced in December the launch of a host of local and international incentives to attract Saudi and global filmmakers to shoot in the Kingdom, including rebates of up to 40 percent.

The large-scale support for moviemaking in Saudi Arabia by the crown prince began with accurate steps that came about after detailed research of the Saudi market, starting with the resumption of movie screening across the Kingdom after a decades-long ban. The launch of film festivals and competitions with big prize money, too, have enabled filmmakers and supported moviemaking. A dedicated government commission was also established to facilitate the film industry and adopt strategies to develop the sector.

However, it is crucial for Saudi talent to have practical opportunities to dabble in film production, gain much-needed experience and develop their skills.

I would also like to mention the results of various studies on the local market carried out by local and international experts, which reveal a huge demand that outstrips supply across many cultural sectors. The film industry is one of those sectors in dire need of specialized and qualified talent in a country replete with passionate and talented people who are just waiting for the right opportunity to shine.

We have a bright future ahead of us, and with the support of our wise leadership, coupled with the efficacy and passion of our people, we can invent the impossible.