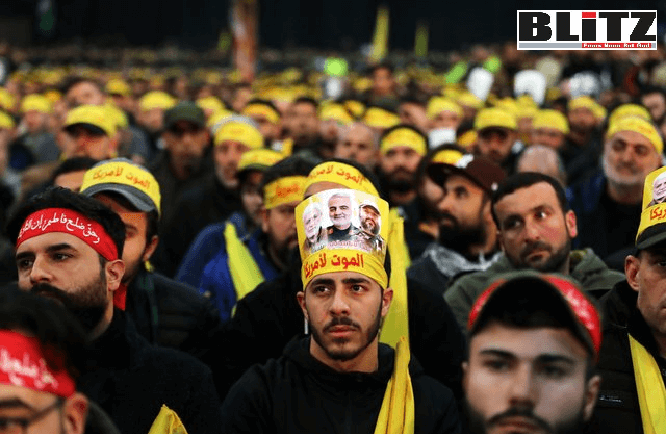 Lebanon was founded to serve as a home for Christians and other minority groups in the region. Over the years, however, it gave up its national character and symbols and began to fall apart from within. If Israel does not learn from the Lebanese case, it could find itself in a situation no less serious.

Lebanon, like Syria, Jordan, Iraq, and Israel, was born on the ruins of the Ottoman Empire after its lands were conquered by Britain, which, together with France, was given a mandate by the League of Nations to establish independent states in those territories. The idea that dominated the Arabic-speaking intellectual-nationalist world was to set up a big state in the region that would include the Muslim, Christian, Druze, Alawite, and Jewish religious communities.

But many of the Christians in Lebanon, particularly the Maronites, didn’t like this idea, as they were well aware of the fate the Armenians and the Assyrians had suffered in WWI—a dark period during which more than a million Armenian Christians were murdered by Muslims in strange and barbarous ways. They knew a big Syrian state would have a large Muslim majority while the Christians would constitute a minority, just as they had in the days of the Muslim Ottoman Empire.

When the Ottoman Empire collapsed, the Lebanese Christians saw an opportunity to free themselves of the Muslim majority’s yoke. Their guiding principle was that the Lebanese state could solve their problem as Christians. The French—who held the Syria mandate—identified with the Christians’ yearning for independence and cooperated with the effort to turn Lebanon into a separate state for them.

Among the Christians of Lebanon, a debate was waged between believers in a “little Lebanon” and those who pushed for a “big Lebanon.” “Little Lebanon” was the territory extending from Beirut eastward, and northward to Tripoli. While this territory was indeed small, all its residents were Christian.

The problem with that zone is it is entirely mountainous, so its economic, particularly agricultural, potential is inherently limited. The alternative was a “big Lebanon” that contained the Bekaa Valley—a large and fertile agricultural expanse—and the lands south of Beirut. The difficulty there was that those additional territories were populated by Druze and by Shiite and Sunni Muslims, which would jeopardize Lebanon’s Christian character.

After a public debate, those who favored a “big Lebanon” with constitutional and governmental mechanisms in place that would perpetuate the Christian hegemony emerged as the winners. The state that was established was a democracy of sorts that allotted political roles among the different communities.

The trouble started when the Christian minority began to forgo the Christian nature of the country. That process could be seen to unfold at many points in Lebanon’s history, of which three will be noted here.

First, in the Cairo Agreement of 1969, Egyptian president Gamal Abdel Nasser put Lebanon in a situation in which Palestinian refugee camps—of which there were 10 at that time—formed an extraterritorial domain whose residents could organize, arm themselves, and train for the “liberation of Palestine.” The Palestinian military presence in Lebanon quickly became a security threat to the state’s existence, and indeed it was armed Palestinians who ignited the Lebanese Civil War in 1976.

The second turning point occurred in 1980 when Lebanon allowed Khomeini-ruled Iran to start sending Shiite propagandists to the country with the aim of boosting the Shiites’ communal spirit. Later, Tehran would send military advisers, weapons, and ammunition to add a military dimension to the Shiite community’s spiritual strength. This process occurred while the country was embroiled in a civil war and the government’s ability to stymie the Shiites’ military empowerment was limited. The Israeli military presence in southern Lebanon provided a pretext for this process.

The third milestone was the 1989 Taif Agreement, which ended the civil war. This agreement stipulated that all communal militias would be disbanded and the Lebanese army would be the only armed force. The Syrians, who then held sway in Lebanon, broke up all the militias except Hezbollah, which they continued to arm and bolster until it became the strongest force in Lebanon—even stronger than the state military.

Meanwhile, a bidirectional demographic process was occurring in Lebanon in which the Christian population decreased because of a low birthrate and high emigration and the Shiite population increased because of a high birthrate and low emigration. The Shiite community is now the largest in the country. Although no census is conducted in Lebanon because of the demographic issue’s sensitivity, the Shiite community is said to be larger than all the others put together; in other words, it enjoys a decisive majority in Lebanon.

Over the years, the Christian community in Lebanon has not acted in unison (there are more than 10 different Christian groups in the country), and many Christian politicians have sought allies among other communities and cooperated with them mainly to promote personal interests. The most notable example is Lebanon’s current president Michel Aoun, who was elected in 2016 as Hezbollah’s long arm.

Hence a situation has emerged in which Hezbollah leader Hassan Nasrallah is the effective ruler of Lebanon. It is he who determines which politicians of the different communities are appointed to “leadership” positions, and he decides when they are to be removed from the political system or even assassinated (as in the case of former PM Rafiq Hariri).

In a slow but undeniable process, Lebanon ceased to be the “Switzerland of the Middle East” as the Christian community for which Lebanon was founded gave up the country’s “Christianness.” That community’s corrupt leaders devoted themselves to fulfilling the hegemonic aims of the Shiite community—a group that was included in the country because of the territorial appetites of the Christian proponents of a “big Lebanon.”

For Israel, the lesson of the Lebanese case is that it must do its utmost to maintain a clear and solid Jewish demographic majority. This author’s “emirates plan” is intended to bring about a separation between Israel and the overwhelming majority of the West Bank’s Palestinian population while keeping most of the sparsely populated rural land under Israeli sovereignty.

In addition, Israel must be alert to any attempt to undermine its status as the state of the Jewish people, particularly on the part of Israeli foundations and groups as well as foundations in Europe and the US whose whole purpose is to put an end to that reality. Israel must likewise be vigilant toward anti-Jewish activity in Jerusalem in general and on the Temple Mount in particular, and must remove all foreign actors who have gained a foothold in Israel’s capital—from Jordan to Turkey, from the waqf (which Moshe Dayan unwisely foisted on the place) to the Islamic Movement.

This is an edited version of an article published in Makor Rishon on January 12, 2021.