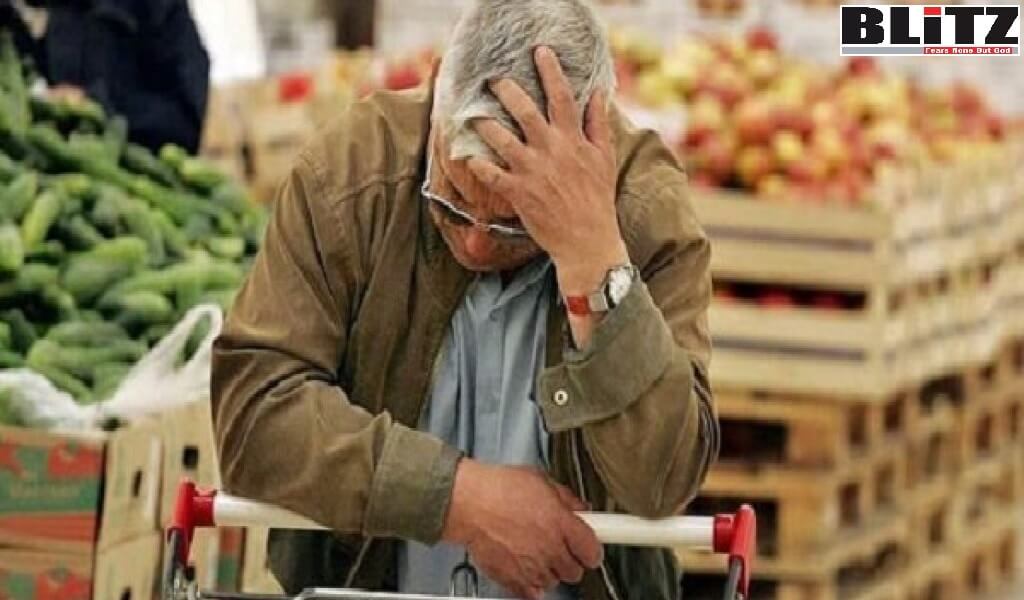 Due to ongoing acute economic crisis, majority of the Iranians are no more having financial ability of buying meat, rice and dairy items. Writes Hossein Beizayi

The face of poverty in Iran is getting uglier by the day. Analyzing Iran’s economic metrics and statistics draws a painful picture of the economy and the welfare of ordinary Iranians. Economic data reveals that Iran’s poor population has at least doubled in the last ten years, and if this trend continues, many more families will be at risk of falling into poverty.

Economists estimate that the growth trend of household consumption came to a complete halt in 2006, and since 2018, the growth of final consumption at constant prices has been consistently negative. In the last three years, no goods or services can be found that have not been reduced in consumption. The reduction in a household’s expenses is not the same for different goods and services. For example, the consumption and usage of luxury goods and services declined more sharply, and non-durable goods and essential services declined at a lower rate.

The unaffordability of basic food items has led to a reduction in the calories consumed by Iranians as well as a decrease in the quality of calories received, especially for low-income classes. The consumption of some food groups is so low that it can be considered almost zero.

Iranians are no longer consumers

A review of household income-expenditure statistics published by the Statistics Center of Iran provides a frightening and worrying picture of Iran’s short-term future. Accordingly, between 2016 and 2019, GDP per capita decreased by about 10%, and it can be assumed that the situation has worsened. In simpler terms, Iranians have become 10 percent poorer during these three years.

Naturally, when families and individuals face a decrease in income and an increase in expenses, it makes sense to reduce their excess expenses. These excess expenses could include restaurants, movie theatres, sports clubs, traveling, clothing, luxury goods, etc. However, Iranians are now cutting or reducing the consumption of basic commodities such as meat, poultry, tea, sugar, dairy, oil, rice, and the like.

According to the Statistics Center of Iran, the average monthly consumption of red meat in the country’s households in 2019 compared to 2011, over eight years, has decreased by about 51.6 percent. In simpler terms, Iranians consumed less than half of what they used to in 2019, and the situation has definitely worsened in 2020 and the years after.

Reza Abdoli, former CEO of the Tehran Waste Management Organization, referring to the decrease of 1000 tons of average waste production in the last nine months of 2018, compared to the previous year, said: “Rising currency prices and rising commodity prices have a great impact on the accumulation of municipal waste, which has caused citizens to be more prudent and buy as much as they need, and at the same time use the goods as much as possible in consumption.”

According to Momeni, an Allameh Tabatabai University professor, 25 percent of Iran’s total population has been marginalized due to “wrong policies”. He described the number of vacant villages as “worrying” and said: “We are facing the phenomenon complete village evacuation.” According to him, between 2017 to 2020, for a period of three years, the population that was below the poverty line has more than doubled. He called for a serious dialogue on the causes of poverty. Momeni blamed the security perspective on social and economic issues, saying that when the situation became “fragile,” “protests and reactions” were predictable but could not be “summed up”. “We are now witnessing the most unprecedented levels of poverty,” the professor said, expressing concern about “turmoil” and “unconventional anomalies.”

Ahmad Tavakoli, a former member of the Islamic Consultative Assembly, had previously said that 60 percent of Iran’s population was below the “hypothetical poverty” line. He also stressed that hunger and poverty had become “significant” in Iran.

Economists believe that the decline in economic growth has significantly affected the severity of poverty in Iran. At the same time, some views indicate the significant impact of rising inflation and unemployment on increasing poverty in Iran. The important point is that widespread, institutionalized corruption in the regime, the mismanagement of Iran’s resources, and the lack of expertise and accountability have fueled the rise of the unbearable economic situation in Iran. Iranian society is rapidly becoming poorer. In other words, because the state and the government possess no will nor show any desire to find practical and doable solutions for this massive social and economic issue, poverty will spread.

The root of poverty in Iran is none other than the religious dictatorship in Iran. To eradicate poverty in all its forms and shapes, its root should be eradicated. Plain and simple, there is only one remedy: regime change in Iran.