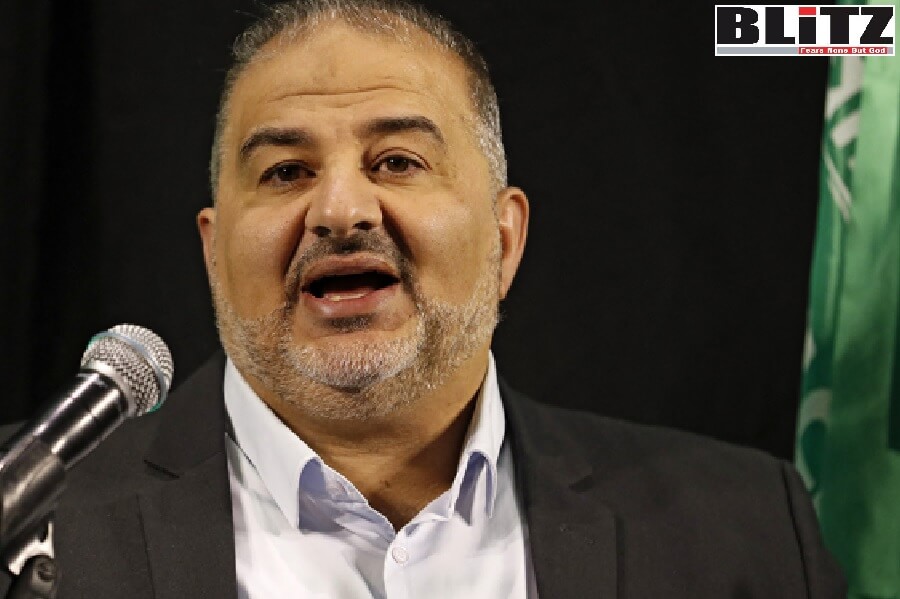 Mansour Abbas, an Israeli Arab and member of the Knesset, who initially denounced the Abraham Accords has now come to appreciate the desire of its Arab members to further their own self-interest, and refusal to be held back by a Palestinian veto on their actions. He has recognized Israel as Jewish State. Writes Hugh Fitzgerald

Mansour Abbas is an Israeli Arab, a member of the Knesset, and the head of the Arab Islamist party, Ra’am, that is part of the governing coalition headed by Prime Minister Naftali Bennett. He has now publicly called on his fellow Israeli Arabs to recognize Israel as a Jewish state. This recognition of reality has naturally caused an uproar.

Abbas has made history before. On April 21, 2020, he delivered a historic speech on the Holocaust in the Knesset in which he spoke of the suffering of the Jewish people at the hands of the Nazis. Abbas stated: “As a religious Palestinian Muslim Arab, who was raised on the legacy of Sheikh Abdallah Nimr Darwish who founded the Islamic Movement, I have empathy for the pain and suffering over the years of Holocaust survivors and the families of the murdered.” He added, “I stand here to show solidarity with the Jewish people here and forever.” A report on his latest statement, and the reaction to it, is here: “The day Mansour Abbas told Israeli Arabs to accept Israel as a Jewish state,” by Kenneth Jacobson, Times of Israel, December 24, 2021:

The leader of the Islamist party in Israel, historically seen as sitting on the more extreme side of the Arab parties in Israel, has now made a very clear statement calling on Israeli Arabs to accept the reality and legitimacy of Israel as a Jewish state. His statement reflects a pragmatic approach to Israeli society and politics that first emerged in his historic decision to join the governing coalition headed by Prime Minister Naftali Bennett.

Much attention then was appropriately paid to the fact that for the first time in the history of Israel, an Arab political party is part of the governing coalition, indeed not only a part, but a key to the formation and survival of this government. It was seen as an indicator and a catalyst from the Jewish side for improved Jewish-Arab relations within Israeli society.

Less focused but equally important was the fact that Abbas’s decision to join the government was a leap of faith coming from an Arab party that has historically taken stances deemed severely critical of Israel. With this consequential step, the party has shown a willingness to stand with their partners in the coalitionduring challenging times, particularly the contentious budget test that was just passed with flying colors.

When Mansour Abbas’ Ra’am Party was asked to join the Bennett government, this was taken as a sign of the coalition’s willingness to improve Jewish-Arab relations. And his decision to accept the offer, despite his party’s history of criticism of Israel, was a signal from the Arab side that it was willing to work with, and govern alongside, Israeli Jews.

Indeed, Abbas’s statement about coming to grips with the existence of the Jewish state can be in the long run as significant a step as his joining the governing coalition….

First, of course, is its potential impact on Israeli Arabs themselves, to whom Abbas addressed his remarks. In effect, he was saying to his own community that we need to get past old controversies, recognize the reality of the Jewish State, and move on. Inherent in such a comment was both an element of facing reality, that Israel is here to stay, as well as a recognition that continuing to question the legitimacy of the Jewish state ill serves the interests of the Israel’s Arab citizens.

Abbas is asking his fellow Israeli Arabs to be realists. Whether they like it or not, Israel is here to stay. All the many efforts to destroy it have failed; the Jewish state has only become stronger, politically and economically, as it met every challenge to its existence and wellbeing. For the Arabs of Israel, he was saying it’s time to recognize Israel as a Jewish state, and thereby to earn the trust of the Israeli Jews who, after all, have the power to better the lives of Israeli Arabs.

Connected to this was the second part of Abbas’s statement, in which he went on to say that the issue that should be the focus going forward is not whether there should be a Jewish state, but what the role of the Israeli Arab community should be within this Jewish state.

This is an entirely legitimate and important question. Dealing with issues of inequality in education, employment, and safety for many Israeli Arab communities are important matters. So is improving relations between Israeli Arabs and Israeli Jews. Raising the question of the legitimacy of the Jewish state had served as an obstacle to addressing these concerns which often times go to the heart of the animosity and grievances between the two communities….

At the same time, Abbas’s remarks speak to Israel’s Jewish majority. This has the potential of a breakthrough in beginning to put aside the ideological issues that have so often led Israeli Jews to hesitate about addressing the issues of inequality in the Arab community because of the fear that that the ultimate goal, at least among some of the most vocal, was the end or transformation of the Jewish state….

Abbas wants to convince Israeli Arabs to accept this reality, to earn the trust of the Jews who quite understandably need reassurance that the great majority of Israel’s Arabs are not going to work to undo the state. In turn, he expects – and so far he has been proven correct — that the Jews will be more willing to better the condition of Israeli Arabs. A gigantic step in that direction has already been made by the Bennett government, which has committed itself to spending 10 billion shekels ($337 million dollars) to improve the educational and employment opportunities for the country’s Arabs.

Beyond Israel itself is the question whether this message will be heard by the Palestinians. The theme of moving away from rejectionist ideology that has hurt the Arabs themselves is even more significant when it comes to the Palestinians. Looking at the sad history, it is hard to conclude that Abbas’ pronouncement will change Palestinian thinking, but the fact that an Islamist leader has thrown into the public discussion the notion of fully accepting the idea of a Jewish state could have ripple effects that are not currently foreseeable….

The Palestinians heard Abbas’ message about accepting the reality of Israel as a Jewish state, and they angrily rejected it, just as they reject the existence of Israel. They remain committed to the Jewish state’s destruction – whether by the PA’s Slow Jihad or Hamas’ Fast Jihad — and its replacement by an Arab state. But perhaps his message will cause some of the Palestinians to bethink themselves, to recognize that his realism is not a betrayal of them, but the best way to improve the lives of Israel’s Arabs.

Mansour Abbas initially denounced the Abraham Accords. But he has come to appreciate the desire of its Arab members to further their own self-interest, and refusal to be held back by a Palestinian veto on their actions.

As the normalization of ties took hold, Abbas could see for himself the economic benefits to Israel’s new Arab partners, especially the U.A.E. In trade, tourism, and technology, there have already been at least $675 million in deals signed between Israel and the U.A.E. Abbas has decided that, in the same way, Israel’s Arabs need not be held hostage to the Palestinians, but should further their own interests, as citizens of Israel, despite Palestinian opposition. in his dramatic recognition of Israel as a Jewish state, he has helped to reassure some – of course not all – Israelis.

Mansour Abbas belongs to the Tip O’Neill school of “all politics is local”; like O’Neill, Abbas wants “jobs for the boys,” better schools, neighborhood health centers, all that sort of thing, for his own constituents, the Israeli Arabs. He’s not about to sacrifice their wellbeing to the diktats of the Palestinians in Gaza and the West Bank. And he has already obtained an enormous commitment from the government – 10 billion shekels — to help the Israeli Arabs whom he now so ably represents.