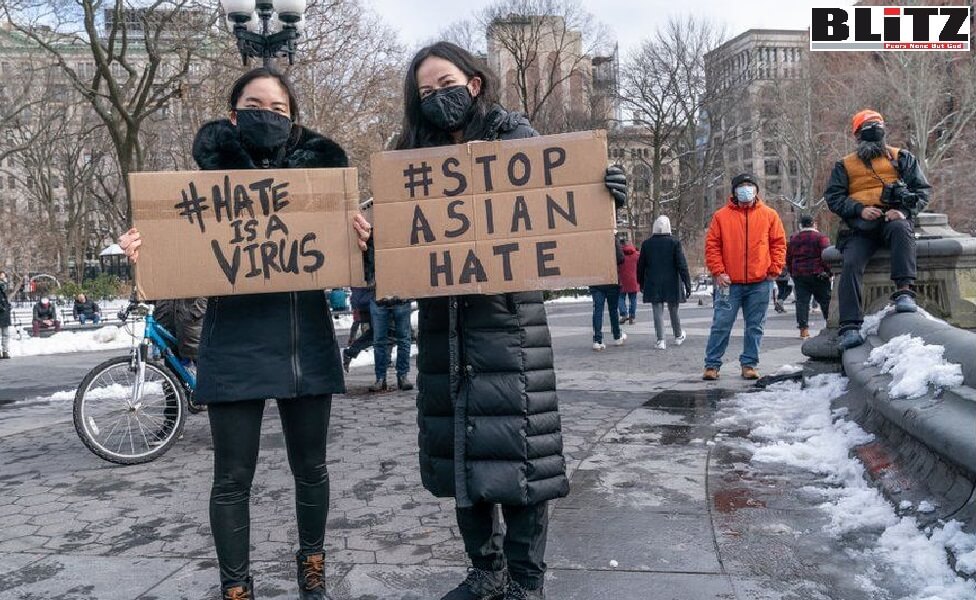 Last month, the Senate overwhelmingly passed and anti-Asian hate crimes bill that was said to have gained momentum after the shootings of the Asian women in Atlanta. Writes Art Moore

The media profile of the perpetrators fomenting a rise in anti-Asian hate-crime attacks is a Trump supporter who blames the COVID-19 pandemic on the Chinese people.

But police in cities where the attacks are most common tell a different story, as do data from the New York Police Department, which compiles the most comprehensive and detailed hate-crimes statistics in the country, points out Manhattan Institute scholar Heather Mac Donald.

The data show a black New Yorker is more than six times as likely to commit a hate crime against an Asian as a white New Yorker. In 2020, Mac Donald pointed out, blacks made up 50% of all suspects in anti-Asian attacks in New York City, even though blacks are 24% of the city’s population. Whites made up 10% of all suspects but account for 32% of the city’s population. If black Hispanics are included in the black category, blacks account for 60% of all anti-Asian attacks in 2020.

New York’s WABC-TV reported an Asian woman in Manhattan on Sunday was hit in the head with hammer by a stranger who demanded she take her mask off. The online report offered no details about the perpetrator, other than she was female, but video footage of the incident showed she was black.

Over the weekend, the NYPD hate crimes unit began investigating two other assaults on Asian-Americans, CNN reported. In an attack on Saturday, a 52-year-old woman sustained minor injuries when she was pushed while waiting for a subway train in Brooklyn. And a 15-year-old boy was taken to a hospital with minor injuries after he was approached by three people who allegedly made anti-Asian remarks and hit him.

On Sunday, Mayor Bill de Blasio called for an end to hate crimes during a rally.

“If you hate, get the hell out of here, because you don’t belong in New York City!” de Blasio said. “So anyone who commits a hate crime, let’s be blunt, let’s be clear. We will find you, we will prosecute you. You will suffer the consequences. If you harm our Asian brothers and sisters, you will pay. Period!”

Mac Donald argued that the media and the Democratic establishment are invested in “one all-powerful narrative.”

For example, the murder of 10 people at a grocery store in Boulder, Colorado, drew nonstop coverage when it was believed to be motivated by white supremacy. But when the suspect turned out to be a Muslim immigrant, media moved on to other stories.

In Atlanta, Mac Donald said, the false narrative that developed about the spa shootings in March “still has legs.”

“It represents a double lie — first, that the massacre was the product of Trump-inspired xenophobic hatred, and second, that whites are the biggest perpetrators of violence against Asians,” Mac Donald said.

Indeed, six of the eight victims of 21-year Robert Aaron Long, a white man, were Asian.

Protests across the nation featured signs declaring “I am not a virus”; “Asians are not viruses, racism is!!”; “End white supremacy now!”; and “All of us against racism.”

An organizer of a protest in Alhambra, California, told the Los Angeles Times: “I think it’s important for Black and Asian communities to work together on this because at the end of the day, it’s about dismantling white supremacy and speaking out against white racism.”

Vice President Kamala Harris announced the attack shows “racism is real in America and it has always been.”

But Mac Donald pointed out there was no evidence that Long was motivated by racism. He told police he had targeted the three spas to purge himself of his lust and his addiction to pornography. Long appears, Mac Donald said, to have targeted presumed sex workers who happened, given the demographics of the massage trade in Atlanta, to be Asian. In fact he told police he intended to target a business in Florida next that produced pornography, and the employees there were unlikely to be Asian.

Mac Donald noted that Reuters was reprimanded on social media for the headline “Sex addiction, not racial hatred, may have driven suspect in Georgia spa shootings.”

Both Harris and President Biden dismissed the relevance of the motive. ‘Whatever the killer’s motive, these facts are clear,” Harris said. “Six out of the eight people killed on Tuesday night were of Asian descent.” And Biden said, “Whatever the motivation, we know this: Too many Asian-Americans have been walking up and down the streets and worrying.”

But when it comes to “hate crimes,” Mac Donald argued, “motive is the entire issue.”

Last month, the Senate overwhelmingly passed and anti-Asian hate crimes bill that was said to have gained momentum after the shootings of the Asian women in Atlanta.

‘They are pretending to care now’

Mac Donald recounted the details of numerous incidents of attacks on Asians in the Bay Area and New York City this year, noting “the suspects in all of these cases were black; the news reports rarely mentioned that detail.”

“Had the suspects been white, their race would have led each news report, as it did for Robert Aaron Long,” she wrote.

A former member of the Oakland police department’s robbery undercover suppression team told Mac Donald the racial pattern of the attacks and the lack of coverage is longstanding.

He said no one cares about Asian robbery victims.

“We used to follow around elderly Asians, waiting for the bad guys to start circling. This has been one of my long-term frustrations,” he said. “They are pretending to care now but ironically blaming it on white supremacy,” even though the suspects in Asian robbery attacks are almost exclusively black.

Mac Donald warned that the “lie about white supremacist violence is not innocuous.”

“It forms the basis of the Biden administration’s policy in national security and in a host of domestic welfare programs,” she said. “It is the pretext for Big Tech and Big Media’s silencing of speech. And the shamelessness with which that lie is constructed grows more brazen by the day. It must be fought with facts before it irrevocably alters our culture.”

Mac Donald is known for her extensive research of data refuting the claim of systemic racism in policing. In a presentation reported by WND, she cited mainstream studies showing a white officer is much more likely to shoot an unarmed white suspect than a black suspect. And a police officer is up to 30 times more likely to be killed by a black male than an unarmed black male is to be killed by a police officer.