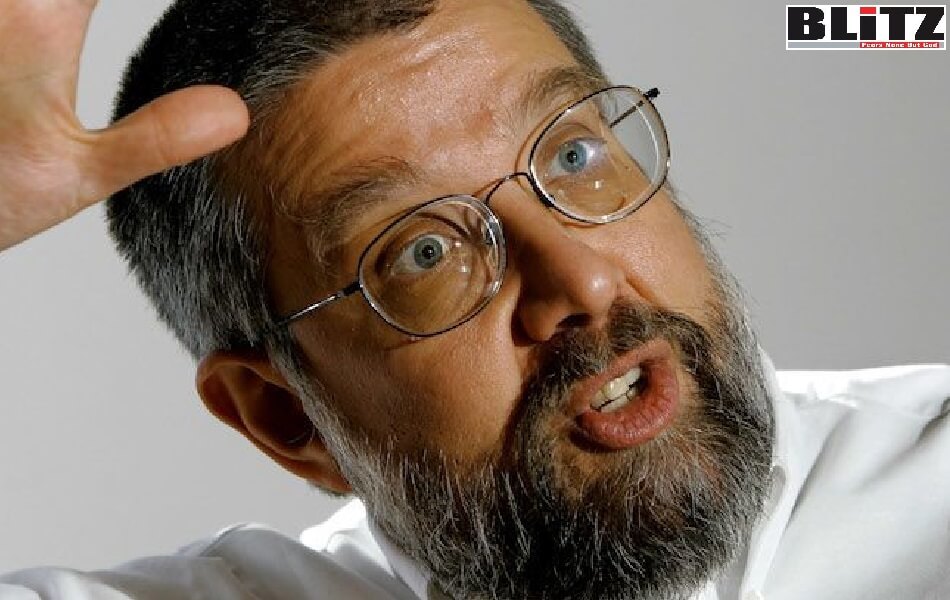 CIA analyst Michael Scheuer emphasized the “overwhelming centrality of religion in all of [Osama] bin Laden’s activities” in his 2002 book Through Our Enemies’ Eyes: Osama bin Laden, Radical Islam, and the Future of America. Twenty bloody, trauma-filled years after Al Qaeda’s devastating September 11, 2001, attacks, Scheuer’s writing remains as relevant as ever, however much policymakers have often failed to heed his advice.

In the years since 9/11, Scheuer, the former leader of the CIA’s bin Laden Unit, has become known as an anti-Israel, conspiracy-mongering crank, but what he wrote in 2002 as “Anonymous” is highly thought-provoking. Bin Laden in his statements and behavior contradicted the “media’s portrait of him as a more-or-less blood-crazed ‘terrorist,’” Scheuer noted. He chillingly, yet with uncritical admiration, outlined how Bin Laden exhibited sterner, more substantial character:

Osama bin Laden appears to be a genuinely pious Muslim; a devoted family man; a talented, focused, and patient insurgent commander; a frank and eloquent speaker; a successful businessman; and an individual of conviction, intellectual honesty, compassion, humility, and physical bravery.

Controversially, Scheuer analogized Bin Laden to hallowed Western civilization figures such as America’s Founding Fathers, while wanting “not to say bin Laden and his al Qaeda colleagues were correct or deserve sympathy.” Yet his “philosophy and actions have embodied many of the same sentiments that permeate the underpinnings of concepts on which the United States itself is established.” Bin Laden’s statements, for example, mirrored Thomas Jefferson’s Declaration of Independence, a “timeless exposition of America’s profoundly conservative and religious mind.”

Bin Laden manifested for Scheuer the declaration’s conservative message that only a “long train of abuses” could justify resort to violent change. This terrorist “has been a worthy enemy, one who turned to war only after years of peaceful and law-abiding agitation” in Saudi Arabia, Scheuer argued. Therefore, Bin Laden “deserves no less thoughtful consideration than that of the American revolutionaries we revere as heroes.”

Scheuer elaborated that bin Laden is leading a “worldwide, religiously inspired, and professionally guided Islamist insurgency.” Jihadists such as Osama believe “that their struggle is an integral part of Islam’s more than 1,400-year historical continuum in which the central feature is the defense of Islam against Christian aggression,” Scheuer argued. Today the “Islamic world, at all societal levels, is fed up with what it views as a U.S.-led Western/Christian attack on the Muslim world’s religion, people, dignity, and economic resources.”

Contrary to recurring attempts to dismiss jihadists such as bin Laden as extremist ignoramuses, Scheuer noted that “bin Laden has a substantial knowledge of Islamic history.” “Bin Laden’s intentions and goals are grounded in his reading of the Koran, the Prophet’s sayings and practices, and the interpretations of classical and contemporary Islamic scholars and jurists,” Scheuer wrote. In such teachings the “Koran sanctions a defensive jihad, calling on each Muslim to defend the attacked and making this aid a religious duty and an individual responsibility.”

Such doctrine explains why bin Laden has not “ever claimed to be a religious jurist or scholar,” even as Islam apologists have often attempted to dismiss bin Laden’s legitimacy by noting that he has no formal theological training, Scheuer observed. Yet bin Laden “has often described himself as a simple Muslim who is ready and waiting to be directed by the jihad’s rightful leaders.” He has given “not one hint that…he wants to be the Muslim world’s leader, the next caliph,” but “believed that by inciting a defensive jihad he was doing no more than fulfilling his personal duty as a Muslim.”

Although Scheuer provides key insight into bin Laden’s thinking, Scheuer fails to question the Islamic understanding of jihad’s legitimacy. In the book’s glossary he stipulated that in Islam the “greater jihad is the individual’s struggle against evil and temptation; the lesser jihad is the armed defense of Islam against aggression.” Such a definition sounds like the Judeo-Christian understanding of just war, yet ignores that Islam has also justified centuries of offensive jihad to subjugate non-Muslims, while “defensive” jihad is hardly less supremacist in nature.

Scheuer, for example, accurately observed that the “tenets of Islam strictly guide all aspects of Muslim life, personal, political and sacred.” Accordingly, the “legitimacy of the Muslim leader—be he president, king, prime minister, or military dictator—depends on his steadfastness in hewing to the Sharia.” Heresies by countries such as Saudi Arabia, which sought non-Muslim military aid in 1990 against Iraqi dictator Saddam Hussein, prompted bin Laden’s call for “defensive” insurrection against Western-aligned regimes such as the Saudi kingdom.

Other jihadist tenets in Scheuer’s book are equally absurd and terrifying. For instance, the

Philippines has received steady attention from bin Laden since 1996, at least, in part, because the insurgency there is the only Muslim one that is directly fighting the ascendance of what al-Qaeda would classify as a crusading Catholic power.

Piety dominates jihadist behavior in ways small and large, Scheuer noted, as in the case of Egyptian Islamic Jihad (EIJ) and the Islamic Group (IG), led by the “blind sheikh” Omar Abdel-Rahman, in Egypt:

Many EIJ members initially belonged to the IG but formed their own organization in part because of their unwillingness to accept Shaykh Rahman as their leader. The dissenters believed that the Koran forbid leadership being given to a blind man.

Blind Islamic faith has horrifying results in warfare, Scheuer analyzed. For example, the “taking of booty—in terms of material assets and slaves—has long been an integral component of the conduct of jihad.” Jihadist bloodshed would also not be discriminatory, he elaborated:

Bin Laden and his followers…are learned in the history of the Crusades—where the slaughter of captured soldiers and non-combatants by Catholic fighters and Muslim mujahedin was commonplace—and are the products of the century of total war, where civilians and economic infrastructure have…been primary targets.

These NGOs are almost always legally registered, certifiably involved in humanitarian and charitable activities, and affiliated with legitimate religious organizations.  The use of Islamic NGOs as conduits for funds and contraband, and as curtains behind which to hide illicit activities, is an excellent example of how bin Laden and other Islamists have manipulated the West’s legal system for their benefit.

Logically, Scheuer wanted “to undermine the tenet of U.S. foreign policy that decrees that poverty and unemployment cause terrorism.” Contrary to this thesis debunked numerous times in the years since 2002, Al Qaeda’s leaders were “well educated, and drawn from the Islamic world’s urban middle- and upper-middle classes,” he noted. Rather than societal losers, “bin Laden’s senior lieutenants are a talented and experienced group; there is no lack of military, political, theological, scientific, technical, or propaganda know-how in the inner circle.”

Given such capable, conscientious jihadists, the “clash of civilizations—Islam versus what-passes-for Christendom—appears to be as inevitable as it will be bloody,” Scheuer accurately predicted. While bin Laden and other jihadists seemed foolhardy to challenge mighty Western powers such as the United States, Islamic history nevertheless offered inspiration. “With little more than their beliefs to gird them, the Prophet Muhammed and a small number of devoted followers started a movement that brought the most powerful empires of the day crashing to the ground,” Scheuer observed.

Scheuer’s book reads like prophecy after years in which Western commentators and policymakers have claimed that jihadists such as bin Laden have “hijacked” a pacific Islamic faith. As Scheuer omitted to specify, a moral chasm exists between Western defenders such as Jefferson of the universal rights of a humanity made in God’s image and those who brutally seek global sharia supremacy. Nevertheless, Scheuer correctly recognized an equivalent zeal motivating America’s Founding Fathers and jihadists’ dark ambitions.

This ignorance of Islam’s many decidedly illiberal doctrines would disastrously affect various American-led military campaigns to promote democracy in Muslim-majority countries following 9/11. As a forthcoming article will explore, Scheuer presciently examined how Al Qaeda’s base country of Afghanistan exposed the myth of Muslim masses worldwide yearning to breath free.