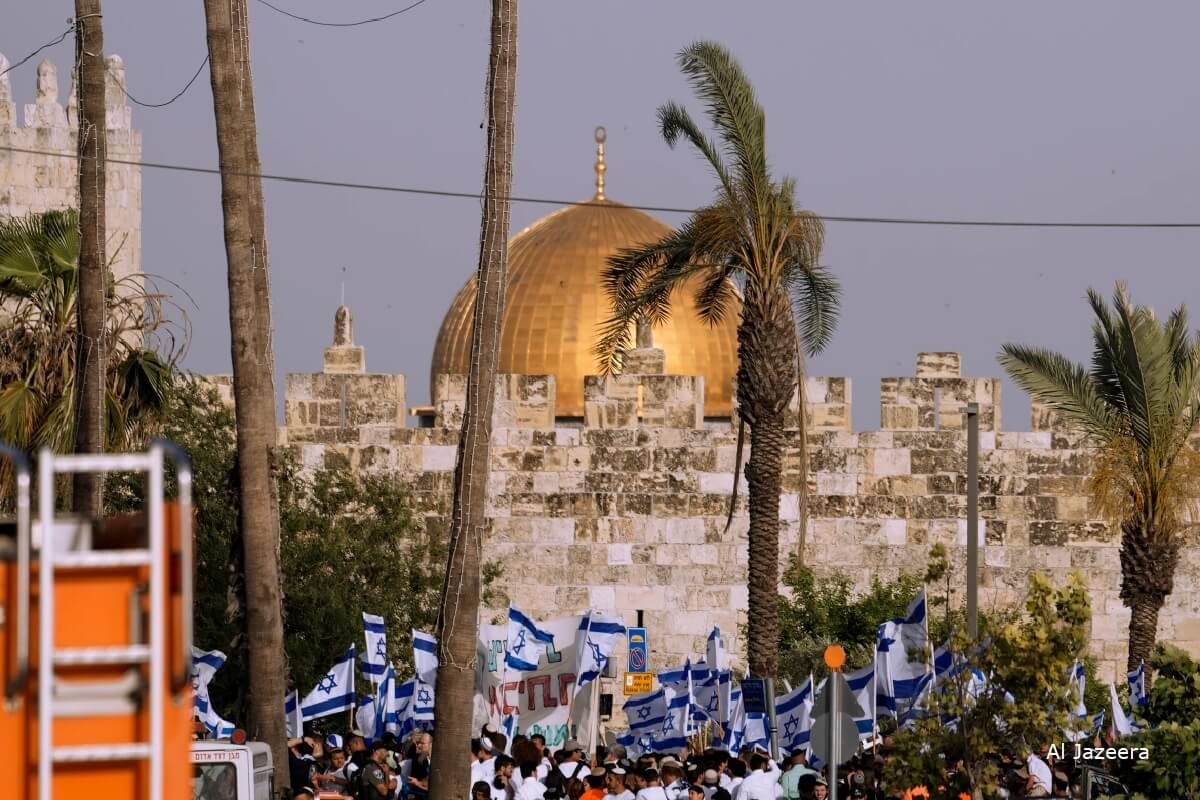 The Middle East Forum (MEF), a conservative thinktank run by Daniel Pipes with annual budget of US$4.13 million has started advocating establishment of Palestine with East Jerusalem as its capital.

Although, on its website, MEF claims to be promoting “American interests and works to protest Western civilization from the threat of Islamism”, and advocating strong ties with Israel and other democracies as they emerge, work for human rights throughout the region; seek a stable supply and a low price of oil; and promote the peaceful settlement of regional and international disputes, a Senior Fellow of the organization has recently written a huge article condemning Israeli attack on Palestinians and advocated establishment of Palestine with East Jerusalem as its capital.

The sight of 11-year-old Palestinian girl Rahaf Sulaiman, who according to a social media post lost both her legs and had her right hand amputated after an Israeli air raid on Gaza, would break anyone’s heart.

“Not till the Arabs accept Israel as a Jewish State will the first step be taken for a Palestinian State with East Jerusalem as its capital. Until then, the Palestinians will continue to suffer a stateless identity that they should never have had to suffer.

“At times I wonder, what if the Arab states had accepted the 1948 UN General Assembly Resolution to partition British Palestine into two — an Arab and a Jewish state with Jerusalem as an international city? Just a year earlier, hadn’t most Arab Islamic states supported the partition of British India into an Islamic State called Pakistan and a secular liberal Hindu-majority India?”

Meaning, the Middle East Forum, through its Senior Fellow Tarek Fatah has started a new campaign advocating creation of recognition of Palestine with East Jerusalem as its capital, and in return it needs Arab nations recognize the State of Israel. Or they want Jerusalem become an “international city” while Israel and Palestine will have equal rights and access to this sacred city.

Commenting on MEF Senior Fellow Tarek Fatah’s proposition, eminent research scholar and write Peter Baum said: “I have read the article and I fundamentally disagree on its premise. Arabs numerous countries – there is no need for another Arab Islamic country especially one whose charters demand Jew extermination. The Palestinians have no religious, historical, national or legal claims to any of the geography. In fact, any religious claims are mocking Islam, Allah and Mohammed as I have written about previously. In order for there to be any hope of peace in the region, the Palestinians must get rid of their charters demanding Jew extermination”.

When I asked – if Palestinians abandon their charters demanding Jew extermination, can they have a Palestinian state with East Jerusalem as their capital, Peter Baum said: “No! What I am saying is that there must be a logical starting point from which to negotiate and the first step is for the Palestinians to dump their charters. Another Arab country ruled by Islamists is not an option. A two-state solution is not an option either”.

To my knowledge, majority of the Jews may not support the idea of Palestine with East Jerusalem as its capital, as Jerusalem is considered as an “undivided and eternal capital of Israel”. In this case, eminent scholar Daniel Pipes might have come up with a new compromise formula which has been reflected in the Toronto Sun article by Middle East Forum’s Senior Fellow Tarek Fatah.

By putting the description of a Palestinian girl at the beginning of his article, Tarek Fatah has also made a smart move of drawing global sympathy for the Palestinian people as well annoy the world about actions of Israel. This new policy of the Middle East Forum would definitely make several Muslim nations, including Qatar delighted.