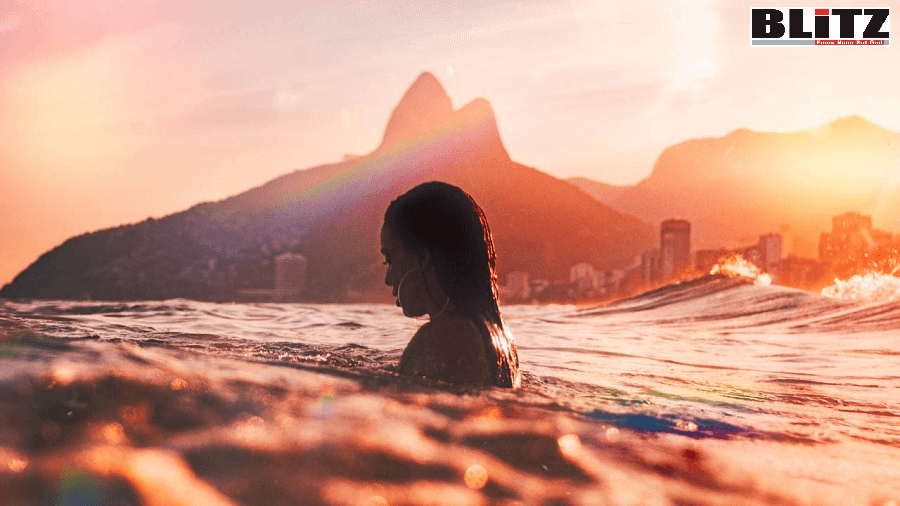 The moral Patriarchal Paradigm seeks to resurrect the human soul from the necrotic swampland to which it has been exiled. It seeks to remind human beings that when they stand in life and, therefore, before God, that at all times their proper posture facing Him ought to be an upright one — the one that reflects the image in which He made them. Writes Jason D. Hill

Moral patriarchy is fundamentally defined by three foundational principles: (1) the capacity to provide, (2) the need to protect others, and (3) the aspirational desire to leave a legacy.

Today, those identities and drives are under attack. Masculinity and manliness, the twin attributes of patriarchy, are being criminalized along with vitality, exuberance and displays of moral authority in men and young boys by a phalanx of radical feminists, “woke” progressives, and systemic nihilists. The goal of these forces is to advance a systemic, nihilistic, gynocentric paradigm that has ushered in an era that will destroy not only men, but civilization itself.

Secular liberalism, which once entered the culture spheres in triumph, has now retreated in decrepitude. The results are in the maladies I shall outline below which are destroying our civilization.

I submit that nothing short of a return to a Judeo-Christian inflected, patriarchal system of governance will restore our unprecedented American Republic and western civilization — whose collapse seems almost imminent — back to its rightful supremacy. Postmodern-liberalism and secularism as systems of moral governance have expired.

I write in a world often referred to as “cancel culture,” that seeks to, among other things, decolonize college courses and strip them entirely of western canonical thinkers, to replace the genius of Shakespeare with the “poetry” of rapper Jay-Z.

I live in a country I love deeply, as a naturalized citizen, that is guilty of Americaphobia and of rampant Christophobia in schools that are currently forcing children in the state of California to worship Aztec gods.

We inhabit a country of multiple trans movements that are encouraging gender reassignments on children as young as eight years old, and prescribing puberty blockers for pre-teens. In this world, people can be fired from their jobs for “misgendering” a person.

This is a culture in which postmodern ethical relativism is accepted as the norm in schools, and where students are taught that logic, reason, grammar, science and now math are racist. They are constructs of white imperial racists, students are told. The social justice ideologies of ANTIFA and Black Lives Matter are being mainstreamed in the K-12 curricula in schools in the United States. Islamic Jihadists are lobbying for Sharia law to be applied within the borders of our country. The list could continue ad infinitum.

What is clear is that there are two paradigmatic strands running concurrently in this country: the Patriarchal Paradigm and the Gynocentric Paradigm. They are philosophical antipodes. What I have just described above are the symptoms of the Gynocentric Paradigm. Its ruling principles are: radical egalitarianism; systemic nihilism; ethical relativism; the primacy of nature over technology (the environmental movement); feelings over reason; religious primitivism over ethical monotheism; chaos over order; and rulership of the tribe over the inviolate sanctity of the individual.

The practitioners (male and female) of the Gynocentric Paradigm do not utilize just the politics of radical left-wing Marxism to achieve their goals. The fundamental end of all those goals is to reverse the civilizational advancements of mankind; to return mankind to an atavistic, pre-modern, primordial level of existence coterminous with animality and nature so that man becomes indistinguishable from nature. This will result in the annihilation of his moral identity. He will be reverted to a natural creature voided of his inviolate moral worth and separated from his Judeo-Christian God from whom he derives moral law and authority. A necrotic lump of indistinguishable inorganic matter is the logical endpoint of this system: a return to the imagined beginnings of all human life. It is misanthropic. It embodies a hatred of man, of life, existence, and progress, and of God.

The Western Patriarchal Paradigm, constituted by a need to protect others, to leave a legacy, and to provide, is constitutionally incompatible with the Gynocentric Paradigm.

I argue that we have regressed to our current state for two reasons.

The first is that the Patriarchal Paradigm has assimilated too much and ceded too much power to the Gynocentric Paradigm. Second, it has done so by means of its own creation — political liberalism, which is now in revolt against Enlightenment values. Out of Western Patriarchy has emerged the emancipatory movements that led to the abolition of slavery, the equal rights of women and blacks and all previously disenfranchised people within its hemisphere; the Rights of Man; the birth of modern science, technology and capitalism; and an enhanced quality of life for millions across the globe. Paradoxically, the very liberties and “rights languages,” and freedom to conceive various ideas of the good and the good life for oneself led to forms of relativism, nihilism and agnosticism that paralyzed judgement and, above all, moral authority.

We must come to witness by way of historical examples of moral patriarchy in action, beginning with Moses, the first great patriarch in Western civilization. From the wisdom of Aristotle, the father of logic, to the great Roman patriarchs such as Justinian who codified Roman law under the Codex Constitutionum, to the Stoics, St. Augustine, and Aquinas, to the Renaissance patriarchs and how they changed the world, to Gutenberg and Martin Luther, Da Vinci, Frances Bacon, Newton, Columbus, Galileo, and Tycho Brahe, to the Scottish, German and French Enlightenment Fathers, to Copernicus, Locke, Napoleon, Jefferson, and the Founding Fathers, we will see how each epochal figure throughout Western history functioned along the lines of the foundational patriarchal principles I outlined. We’ll see that contemporary society is the indisputable legatee of these great moral patriarchs of the past.

And if we look at this historical portrait, we’ll be able to cull attributes of what a contemporary  moral and heroic patriarchal figure ought to look like. This portrait will function as an aspirational model for young people to admire and respect. Such a figure will be a competitor to the vulgar and raking contemporary celebrity junkie who serves as the emulative model for our youth.

The excesses of liberalism, in part a gift itself of patriarchy, have left our society and, generally speaking, much of our world, spiritually bereft, culturally bankrupt, and intellectually on the level of concrete-bound pre-modern humans. As a mixed-race, black, Jamaican-born American citizen who writes in the spirit of The Closing of the American Mind author Allan Bloom — who was also gay — I am committed to defending strong heteronormativity as the proper paradigmatic state any rational society must uphold, because it is the only precondition for the propagation of the species. The dignity of gays and lesbians should be respected. Their rights as individuals rather than as members of groups should be upheld.

My reasoned conviction is that the social maladies that I described in the beginning of this essay are not the result of too much patriarchy but, rather, from a dismal absence of ethical patriarchy. Whether it is Third World nation-states crumbling under the philosophy of “the Nanny State” socialist ethos — (a feminized leftist ideology, I submit), or fatherless boys committing a disproportionate number of crimes and rapes in America and across the globe, society will have to be radically redesigned along traditional gender roles. This is, fundamentally, because men’s natural role to lead with moral authority — rooted in their biological natures — has been usurped in the name of egalitarianism and equity.

Patriarchy has lost its noble role because men have been made to feel irrelevant, disposable, and are systemically emasculated by an elite class of radicalized feminists and/or beta males who have joined forces with them because they have been socialized to think that masculinity, male leadership and male authority are synonymous with oppression. Or, perhaps, because they simply feel ambivalence about being men because they had weak fathers to begin with.

The sensibilities of our young people will need to be-reshaped. In practical terms, I recommend a set of policies that will aid a more refined republican mode of existence — at least here in the United Sates. They include, but are not limited to: abolishing all government schools and universities; promoting Charter schools and granting tax credits to parents in order to give them greater choices in where they want their children educated; granting tax exemption for families where mothers homeschool their children; the drastic reduction of (or zero) income taxes for families in which mothers decide to remain full time at home to raise their children; applying severely punitive child abuse laws for tampering with the gender identities of children before they reach legal adulthood; repealing the Equality Act; illegalizing gang membership; extending the appellation of “terrorist organization” to groups that loot, burn and destroy property, such as Black Lives Matter and ANTIFA, and such groups that are white supremacist in nature; defunding all private schools that threaten the First Amendment; discontinuing all equity and affirmative action programs; instilling an ethos of law and order in all registers of society; teaching patriotism, civic virtues, pride in citizenship, and the concomitant responsibilities that ought to be exercised alongside certain rights; teaching students to see that moral male authority exercised in a household upheld by marriage functions with the same invariability as do the laws of nature.

The moral Patriarchal Paradigm seeks to resurrect the human soul from the necrotic swampland to which it has been exiled. It seeks to remind human beings that when they stand in life and, therefore, before God, that at all times their proper posture facing Him ought to be an upright one — the one that reflects the image in which He made them.

Jason D. Hill is professor of philosophy at DePaul University in Chicago, and a Shillman Journalism Fellow at the Freedom Center. His areas of specialization include ethics, social and political philosophy, American foreign policy and American politics.