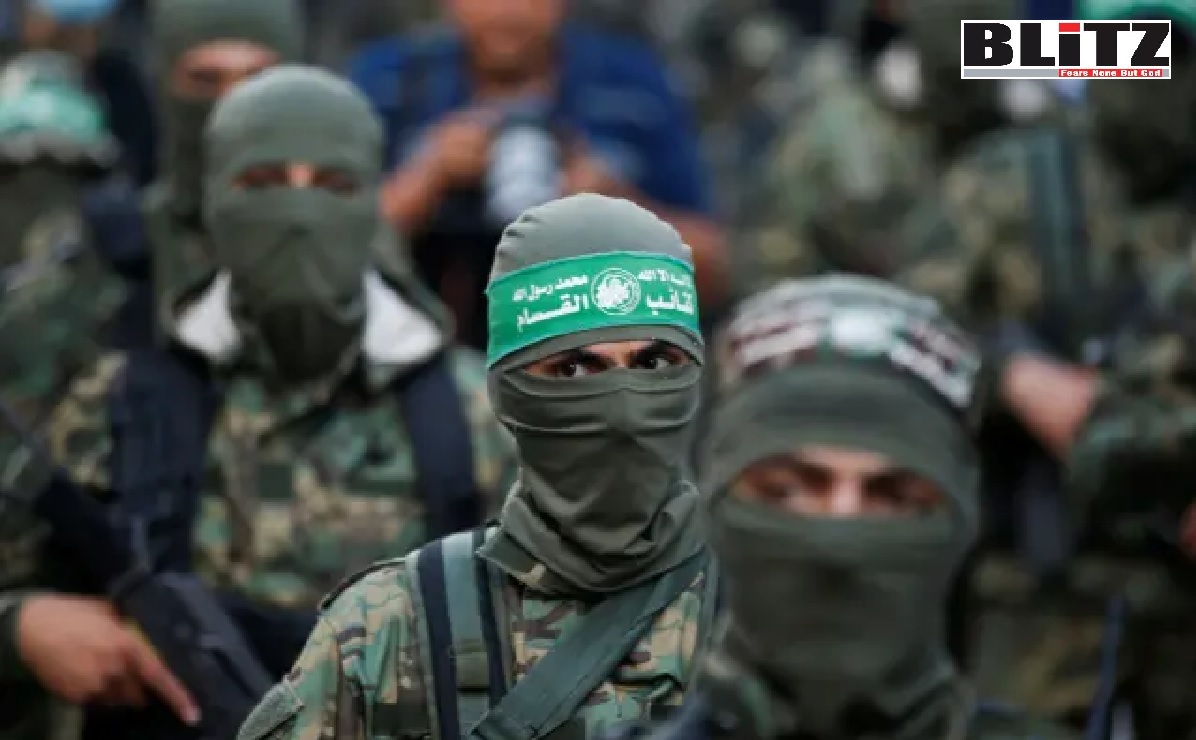 Palestinian leader Mahmoud Abbas and mega-terror outfit Hamas kingpin Ismail Haniyeh have been almost forcing the Muslim nations in maintaining distance from Israel, similarly as Ukrainian leader Volodymyr Zelensky is forcing the Western leaders in extending blind support to him and his Nazi cohorts. As Zelensky is now making fresh bids of extorting US$750 billion from the Western countries, Palestinians have been milking all Muslim nations for decades, while according to credible media reports, major segment of these funds have been secretly landing into offshore bank accounts of the Palestinian leaders. While Palestinians are becoming poorer from poor, their leaders are becoming billionaires from millionaires. But it seems, Muslim nations are already becoming tired of continuing this culture. They are already looking for normalizing relations with the Jewish State. Leader of the Muslim world, Saudi Arabia is going to normalize relations with Israel soon, while the Saudi authorities are planning of hosting high-level Israeli officials in the coming weeks to discuss a solid relationship between Riyadh and Jerusalem.

Meanwhile, another Muslim nation also is going to establish diplomatic relations with Israel and open their embassy in Jerusalem.

According to a spokesperson of Somali President Hassan Sheik Mohamud, the government of Somali is preparing to establish full diplomatic relations with the Jewish State.

Hebrew-language media outlets, including Channel 12 and Kan, cited a spokesperson for President Mohamud who claimed that the Somali head of government is poised to launch talks with parliament to lay the groundwork for formal ties with Israel.

In June, Somali media reported that President Mohamud has been in contact with Israeli officials, with some reports claiming that Mohamud made a clandestine visit to Israel.

Mohamud returned to office in late May, after serving as president from 2012 to 2017. During his first term in office, Mohamud met secretly in Tel Aviv with then-Prime Minister Benjamin Netanyahu. The 2016 meeting came months after Somali and Israeli officials met in Jerusalem in December, 2015.

Somalia, a predominantly Muslim nation and Arab League member state in the Horn of Africa, has never officially recognized the Jewish State.

For the Middle Eastern nations, establishing relations with Israel would be of great advantage as most of these nations are under continuous threats from Iran and its proxies. Ever-since Ayatollah Khomeini’s so-called Islamic Revolution, Iran has been spending hundreds of millions of dollars towards its nefarious plot of toppling-down rulers in the Arab nations and replace with pro-Tehran puppet regimes. As part of its agenda, Iran has also been providing fund and logistics to various terrorist groups, such as Hezbollah, Hamas, and Houthis alongside its own IRGC. Iran also continues its notorious bid of terrorist attacks and secret assassinations in the Western countries. According to media reports, there are currently hundreds of secret Iranian assassins in most of the Western countries, including the United States.

During this year’s hajj, an imam known for his conciliatory views of Judaism and Christianity was chosen to deliver the main address in one of Mecca’s most important mosques. Saudi Crown Prince Mohammed bin Salman, personally chose Sheikh Dr. Mohammad al-Issa, overcoming the objections of senior clerics who did not want to honor a man whom they feel is too friendly to Jews. Radical Muslim nations such as Afghanistan and Pakistan reacted angrily to this decision of the Saudi Crown Prince. They said, Imam Al-Issa should not be allowed to enter the Namirah Mosque because his contact with Jews made him “impure”.

It may be mentioned here that, Imam Al-Issa is one of the senior clerics of the kingdom who in the past has served as the justice minister. Al-Issa is the head of the Muslim World League, a non-governmental organization that promotes a moderate and tolerant version of Islam. He consistently speaks of Islam as a religion of peace and the need for people of all faiths to work with each other instead of against each other.

He has openly acknowledged the “unconscionable crimes” of the Holocaust while leading a group of coreligionists to Auschwitz in January 2020. He has invited rabbis to the kingdom, and has publicly condemned antisemitism.

In Saudi Arabia, he is known as “the Zionist imam”.

On Mount Ararat, the focal point of the annual hajj that this year was limited to a million pilgrims, he spoke of adhering to the five pillars of the Muslim faith and used his platform to urge his audience to “comply with the values taught by Islam”.

These, he said, include “avoiding all that leads to dissent, animosity, or division; and instead, ensuring that our interactions are dominated by harmony and compassion”.

“The teachings of Islam have an inherent humanitarian nature…each individual among you should love what is good for all people, and strive to bring their hearts together”, he added.

Al-Issa received awards for combatting antisemitism from New York’s Orthodox flagship Yeshiva University and the American Sephardi Federation in the past two years. At the latter’s virtual 2020 ceremony, he said, “In the Muslim League we are proud to stand shoulder to shoulder with our Jewish and Christian brothers and sisters to build understanding, respect, love and interreligious harmony”.

Those who know me are aware of my battle against radical Islam, jihad, anti-Semitism and Holocaust denial for the past two decades. I have been promoting interfaith harmony and advocating relations between Bangladesh and Israel, for which, the previous coalition government of pro-Islamist Bangladesh Nationalist Party (BNP) and pro-jihadist Jamaat-e-Islami (JeI) had brought sedition, treason and blasphemy charges against me. I was imprisoned for seven years, despite the fact of resolutions passed by the US Congress, the UK Parliament, European Parliament and the Parliament of Australia in my favor. But the evil Islamist and jihadist BNP-Jamaat regime did not pay any heed to these resolutions from the international community, just because, Bangladesh was having total bias towards the Palestinians.

With the fresh breeze of normalization of relations between Israel and the Muslim countries, I would like to strongly believe, Bangladesh will also follow this path soon.