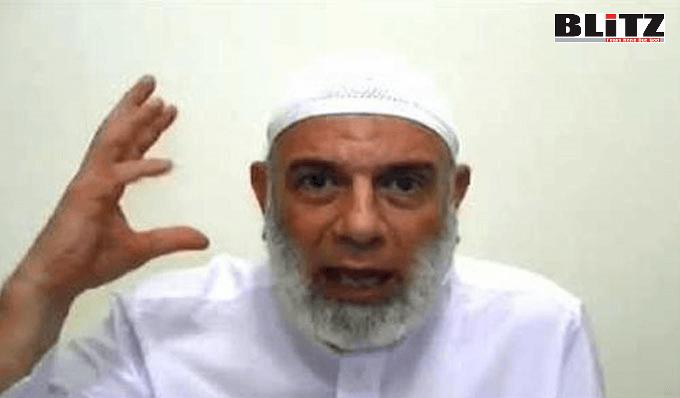 Often Muslims believe that it is acceptable that some of their preachers fabricate unfounded stories for the sake of highlighting the superiority of Islam among the other religions. To further the concept of Islamic societies being the cradle of spiritual purity and physical chastity, Islamic scholars find themselves most of the time relying on fictitious tales and false news rather than irrefutable facts.

It is quite common to watch online Islamic sermons in which imams and Islamic scholars rely on lies to further their points of view. One could almost conclude that lying is a hidden pillar among the other pillars of Islam. This statement is accurate and easily verifiable.

Most of Muslims who search for plausible interpretations of some of the Koranic verses or the fairy-tales in the books of Hadith end up finding themselves walking away from Islam. But more dangerously, questioning the validity or the invalidity of these teachings might lead some of them to face all kinds of harassment, oppression and, in some cases, death sentences, which are common in these alleged “exemplary societies.”

The most serious aspect of this religion is that it turns some believers into ferocious beasts willing to do anything to preserve its sanctity or defend the reputation of the Prophet of Islam. A vivid example of that was seen during the terrorist attacks in France and Austria last month. Needless to say, at least one Islamic terrorist attack is reported worldwide almost on a daily basis.

Wagdy Ghoneim is a good example of the Muslim scholars and preachers who rely on lies, fabrications, and grotesque exaggeration to support the validity of their sermons and to enhance Islam with a celestial aura.

He lived in the United States on a religious worker visa for more than four years and was imam at the Islamic Institute of Orange County, California before he accepted deportation rather than remain in detention due to his Islamic terrorist activities. Now he resides in Turkey after Qatar expelled some members of the Muslim Brotherhood members (though he insists that he left voluntarily). He uses his YouTube channel to spread unfounded rumors and hard-to-believe stories.

Wagdy Ghoneim’s recent video on his YouTube channel includes such shameless Islamic propaganda that it has even made some people wonder about its authenticity. He paints a rather odious image in a fake story about babies born to single mothers in Europe and the United States.

Ghoneim insolently claims to have received a video from a friend of his which showed “baby boxes” scattered inside European and American cities, where women drop off their “illegitimate babies,” rather than throwing them in the garbage.

He adds that these babies are then given to other families for adoption or their organs used for human transplantation.

Ghoneim says that he refused to share the video online because the women who appeared carrying the babies were unveiled. Then he moves on to list statistics of what he called “adultery children” in Europe.

Not coincidentally, in light of the campaign carried out by Muslims against France,  he claims that France won the lion’s share, with 60% of the children born there as “adultery children.”

Some might find this video amusing, yet it reveals that some Muslims’ hostility to Western societies exceeds all imagination. This must be the outcome of a wild imagination combined with the influence of evil.

The Islamic preacher goes on to talk about “chastity and purity,” which, he claims, are nonexistent in the Western societies. He moves on to elaborate on another set of statistics, this time about the world’s highest rates of prostitution. “Nine out of the ten highest countries (where prostitution is practiced) are ‘Christian countries,’ while the first country is Buddhist Thailand,” he enthusiastically argues in the other video with indisputable certainty.

He aims to prove that Islamic countries are the place where “purity, chastity and faith” prevail, while immorality is never practiced anywhere near Muslims.

Ghoneim cannot explain the desire of millions of Muslims to live in Europe and the United States. Apparently, the news of hundreds of thousands of Muslims who risk their lives every year while sailing in rafts to reach the shores of Europe has not reached the imam’s ears.

He then mentions a man in Tampa, Florida who converted to Islam, finding his way to “the religion of peace” because this new believer’s mother had given birth to six siblings from six different fathers. (The new convert does not seem willing to end his infatuation with Islam due to the promise of the virgins in paradise and the continuous erection given to those who dwell in it.)

Near the end of the video, the Islamic preacher talks about a television program in the United States which entails a famous game about DNA. He claims that on this TV show, a woman comes along with her baby and brings along the men with whom she had sex with prior to becoming pregnant. Then, in front of the camera, they carry out the DNA tests to identify who the biological father of the baby is.

This preacher has almost 450,000 subscribers. Some of his videos have registered more than 300,000 views.

There are probably millions of people who believe in these fallacies, which makes them candidates for taking steps that will bring them closer to becoming active terrorists.

The irony of all of this can be found in this woman’s statement when a US court ordered her deportation along with her family. “I am very sad today.” “When we came to the United States, we came for freedom, for free speech.” This was Somaia Ghoneim’s testimony. She is Wagdy Ghoneim’s wife.