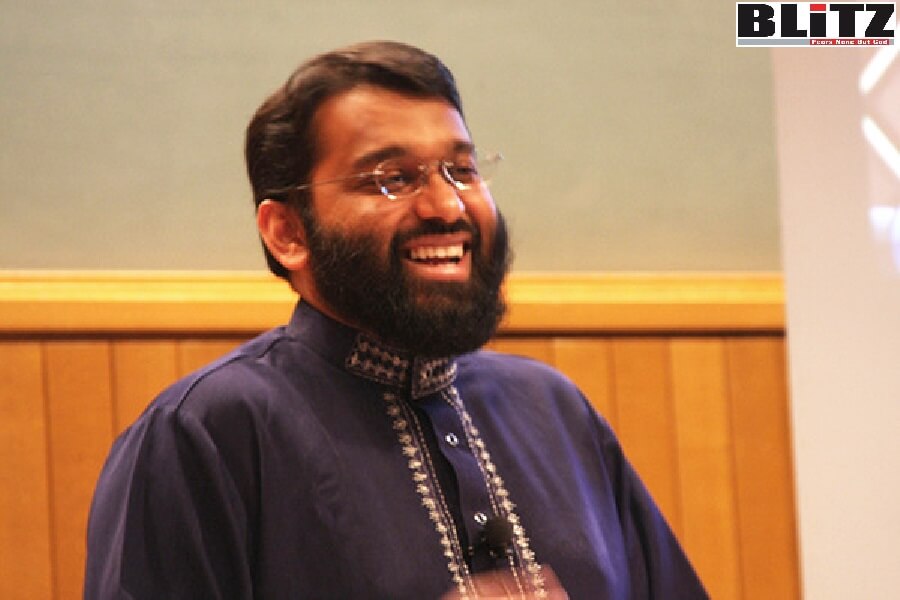 Yasir Qadhi likewise claimed the United Nations’ 1947 proposal to partition the Palestine Mandate into an Arab and a Jewish state a raw deal. In the Palestine Mandate, he said, “by 1947, only 7 percent of the land was owned by people of the Zionist background, 93 percent is still in the hands of Arabs and Muslims.” This claim obfuscated that most land in the Palestine Mandate was not private property but state land subject to political settlements. No inherent injustice therefore marked the fact that the partition intended that 55 percent (including barren desert) “of the land will go to those who just recently migrated” into the new Jewish state.

Mendaciously and methodically, Qadhi elaborated why “any neutral observer” would reject the “illegitimate state of Israel.” His “biggest culprit” was British colonialism, which gave a Palestinian territory to Jewish “Europeans” who did not “have anything to do with it in recent history.” The “infamous” 1917 Balfour Declaration, in which Britain recognized the moral case for reestablishing a Jewish homeland, was “very racist, superiorist [sic], nationalistic,” he said.

Britain’s subsequent post–World War I Palestine Mandate under the League of Nations was, Qadhi claimed, “rapacious.” During Zionist settlement in this period, “terrorist gangs are terrorizing Palestinian farmers, getting rid of them, by hook or by crook,” he stated. In fact, Zionist economic development stimulated Arab immigration and population growth in the Mandate territory.

Qadhi likewise claimed the United Nations’ 1947 proposal to partition the Palestine Mandate into an Arab and a Jewish state a raw deal. In the Palestine Mandate, he said, “by 1947, only 7 percent of the land was owned by people of the Zionist background, 93 percent is still in the hands of Arabs and Muslims.” This claim obfuscated that most land in the Palestine Mandate was not private property but state land subject to political settlements. No inherent injustice therefore marked the fact that the partition intended that 55 percent (including barren desert) “of the land will go to those who just recently migrated” into the new Jewish state.

The Arabs’ adamant rejection of the partition plan reflected their seething hostility that greeted Israel’s declaration of independence on May 14, 1948, just as Britain was dissolving the Palestine Mandate. Qadhi misstated this basic historical fact as in “August of 1948, the state of Israel declares its inauguration.” The following day, the armies of five Arab states invaded the Palestine Mandate and joined with Arab paramilitaries in the Palestine Mandate already fighting in a vain effort to crush the newborn state.

Fighting for its survival, Israel’s fledgling population of 650,000 Jews lost over 6,000 dead, almost 1 percent of the total population, but Qadhi dishonestly portrayed this desperate struggle as one of Jewish bloodlust and aggression. Relying on the “most significant historian in this regard,” the debunked Israeli New Historian Ilan Pappé, Qadhi said of modern Israel’s first citizens that the “day they are born, they go to war, and they conquer more than 80 percent” of the former Palestine Mandate.

This “planned and calculated offensive” was “against who? Against armies, against the standing trained soldiers? No. Against farmers and peasants … who don’t have weapons,” Qadhi lied. Peddling falsehoods, he claimed Israelis, “armed to the teeth,” would “immediately force almost a million people to flee” and “massacre thousands of people” at places like Deir Yassin on Jerusalem’s outskirts. In truth, Arab disinformation in 1948 about this entirely fictional Israeli massacre backfired and accelerated Arabs’ flight after their leaders encouraged civilians to clear combat zones in order to facilitate an anticipated swift Arab victory.

The 1967 Six-Day War was for Qadhi another example of Zionist deceit. Here Israel’s “Zionist apartheid regime” would “launch yet another attack, yet another war,” he said of a conflict in which Israel conducted what is often cited as the model for preemptive self-defense. For confirmation of his apartheid smear, he cited the anti-Israel “Desmond Tutu, the senior-most bishop of the Catholic faith in Africa,” who is in fact a retired South African Anglican archbishop.

“No government on Earth treats other people the way that Israel treats its Palestinians” as “subhuman,” Qadhi asserted. “The largest open-air prison in the world, over two million people, the highest concentration of human beings on Earth, is in Gaza,” he claimed. This ignored both Hamas’s central role in Palestinian suffering and the fact that the population density of other, far more prosperous urban areas like Macau or Monaco is just as high or higher.

University of California-Berkeley Professor Hatem Bazian doubled down on Qadhi’s flights of fancy. Arabs in what was once the Palestine Mandate territory have multiplied prodigiously since the beginning of Zionism, yet he used Holocaust inversion to claim that Palestinians face Zionist “settler-colonial genocide.” In this context, he said, “when the Zionists look at a Palestinian, he is looking at a subhuman person.”

Bazian debased the lexicon for crimes against humanity by introducing the absurd term “epistemic genocide” in the “way of knowing.” “All of us today without exception, maybe some few people here and there, are looking at the world through a European lens,” he said, as if the idea of Eurocentrism were not itself a Western construct. For example, “to separate church and state” is a “European framing,” he claimed, without exploring whether this separation benefits all people, whether in India or Italy.

Israeli radical son Miko Peled took the conference over the top in a final presentation, stating to applause that “Zionism is a racist ideology.” He continued, “Israel is an apartheid, racist, violent regime that has taken over Palestine,” meaning “from the river Jordan to the Mediterranean Sea,” whose leaders “are all violent, racist lunatics.” He marveled that American politicians like President Joe Biden are proud Zionists. “What else is he proud of? Being a pedophile?”, Peled mocked.

Qadhi claims to have rejected many of his hardline Islamist beliefs. Yet his EPIC day of Israel-demonizing diatribes demonstrated that he retains many of his Salafist beliefs — an impression strengthened by his appearance with Bazian and Peled. Such open displays of bigotry evince the moral rot in some of America’s leading universities and sectarian institutions. Taxpayers, legislators, donors, and trustees should end their support for organizations in which bellicose propaganda is not merely tolerated but expected and rewarded.