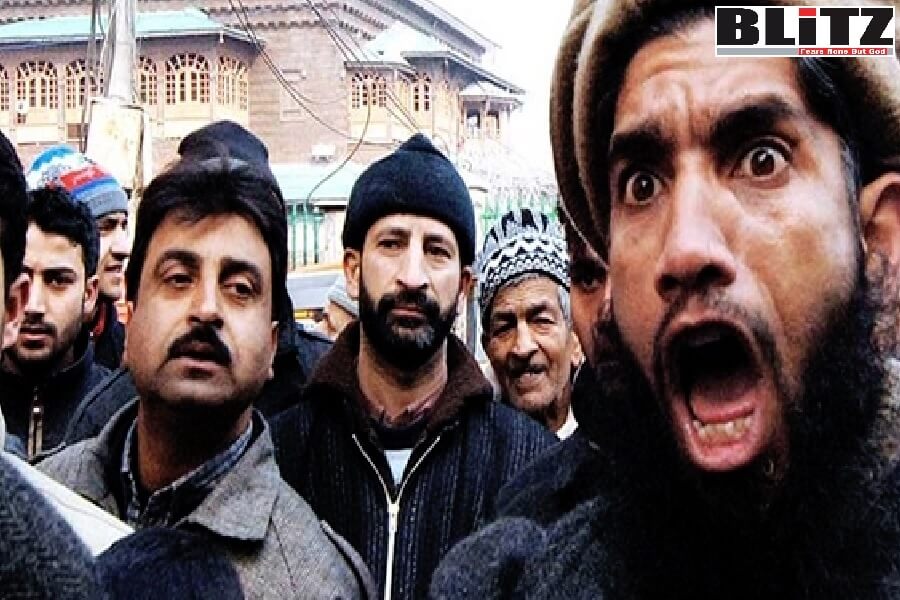 While Germans are fleeing to Paraguay fearing persecution by the Muslim migrants, Muslim inmates in French prisons are enforcing sharia rule. But Emmanuel Macron’s government thinks, these radical Muslim inmates will come out of prison and become “loyal, productive members of French secular society”.

According to French journal Actu, inmates in Prison of Perpignan were beaten by Muslims for failing to observe Ramadan. Actu journalist Emilien Vicens in her report said:

Among the most overcrowded prisons in France, the Perpignan remand center has been recording an upsurge in violence and miscellaneous events for several months. This weekend, the tension has gone up a notch again, as a result of prison overcrowding that has become unsustainable, assures Pierre Grousset, local secretary of the Ufap Unsa Justice union.

In the space of two days, four detainees were remanded to the disciplinary unit for refusing to return to their cell. All while uttering insults and death threats towards a supervisor of the MAF sector (Women’s Remand Center).

In the space of two days, four detainees were remanded to the disciplinary unit for refusing to return to their cell. All while uttering insults and death threats to a supervisor of the MAF (Women’s Remand Center) sector.

On Saturday, several consecutive scuffles broke out. The first in the common showers on the third floor of the remand center. A detainee was injured in the cheek requiring the intervention of the doctor to stitch it up.

A few hours later, a second fight broke out in the visiting room waiting room. Conclusion: a wound in the mouth and a concussion. One inmate had to be evacuated to the hospital. He claims to have been beaten by another detainee, who accused him of not having observed Ramadan. “It is a daily reality. Some no longer eat pork because they are pressured,” emphasizes Pierre Grousset.

A third scuffle also took place in the process, within the courtyard, causing several forehead wounds and multiple bruises in other detainees. Finally, on Sunday, an individual climbed the promenade wall of the Men’s Remand Center to retrieve a package thrown inside the prison. The personnel intervened to put an end to the incident.

Thousands of Germans are forced to flee the country and take refuge in Paraguay to escape extreme hostilities from Muslim migrants in that country. Yes, you read me right! Germans are being driven-out from their own country by Muslim migrants. This is just the tip of an iceberg. Similar things will soon happen in all other countries in Europe, including the United Kingdom as well as Canada, Australia, the United States.

Especially, situation will be even worse in Britain as by now Muslim migrants in that country have started enforcing Sharia regulations in many parts of England, while London is becoming the “capital of Islamist Caliphate” with thousands of Muslim migrants openly using Taliban, Al Qaeda or Islamic State like attire such as hijab, burqa, and men’s alkhalla. In every mosque in Britain, Muslims are being heavily indoctrinated with anti-Semitism, jihad and religious hatred. Immigrant Muslim men and women consider “non-Muslim” Britons as “enemies of Allah” and are feeling proud of been successful in openly enforcing Islamist attire such as hijab, burqa and alkhalla and also enforce shariah regulations within their society. Muslim migrants in Britain even have started silently opposing to Christmas, English new year, Halloween and even birthday and wedding celebrations. They also are desperately spreading the culture of Love Jihad thus targeting “non-Muslim” females, especially Jews and Christians and compelling them towards religious conversation through emotional and romantic blackmailing.

Commenting on Germans fleeing their own country, columnist Robert Spencer said: “What recourse do these people have? If they raised any objections to mass Muslim migration at home, they were vilified as Nazis. Even as many Muslim migrants committed random jihad attacks, rape and other crimes, as we have often chronicled here, anyone who raised the slightest negative word was dismissed as “racist”. The political and media establishment refused even to admit the possibility that someone might object to mass Muslim migration on any grounds other than racism”.

Jihadist and Islamist wave in Europe

The wave of Islamization of the West began when the nations started accepting hundreds and thousands of immigrants from other continents, especially from the Muslim countries. With the increase in number of Muslim populations in the Western countries, notorious groups such as Tablighi Jamaat, Hizbut Tahrir, Muslim Brotherhood, Hezbollah, Hamas and even Jamaat-e-Islami started expanding activities and operations with the nefarious ambition of bringing the Western nations under the flag of Caliphate. Islamist conquest is continuing in the Western countries almost openly while radical Islam is succeeding in buying voice of the local medias as well as political forces. Unless such a dangerous trend is not stopped forthwith, within the next twenty years, most of the people in Europe, Britain and the United States, and Canada will have to flee their own country and find refuge in a third country, similarly as the German nationals.