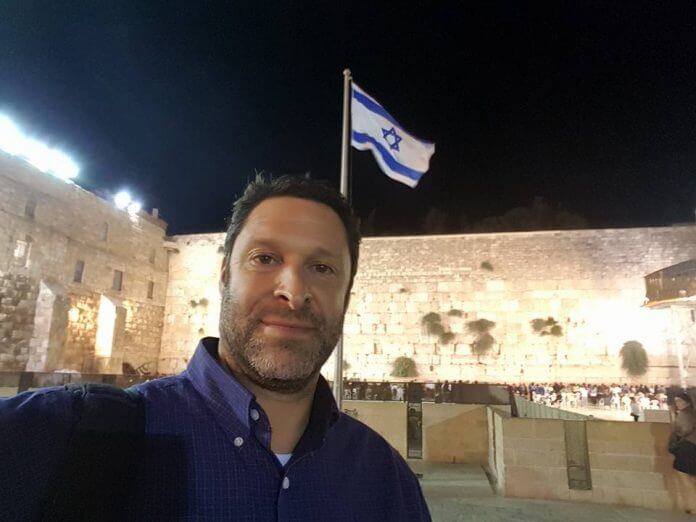 Anything I can possibly write about Ari Fuld will be inadequate. I suspect we are granted the rare opportunity to meet and befriend such a unique soul only once in a lifetime, and I’m afraid my words will not do him justice.

Ari was larger than life. His deeds matched his words. His family, defending the Jewish people, teaching Torah and supporting IDF soldiers – that was his world.

When Ari talked, you knew you were hearing the truth, because he believed it with all his heart and soul. Even in the end – despite his critical wounds, Ari chased after the terrorist who had stabbed him, shot and neutralized him, so that the same terrorist wouldn’t harm anyone else.

He died the way he lived, a Jewish hero, a hero of Israel.

Ari and I met in Rav Bina’s Yeshivat Hakotel in 1991. We were roommates for a bit. We were drafted together into the IDF. We danced at each other’s weddings. We served together in Efrat’s Kitat Konenut counter-terrorist unit.

Anyone who has followed Ari on social media knows, Ari never seemed to sleep.

It started after the Second Lebanon War.

During the war, Ari’s commander ordered him to go rescue his fellow soldiers who were under fire – and Ari ran right into the line of fire and rescued them.

When he got back, he laid back down again in his position and noticed everything was soaking wet. Right after he had gotten up, a mortar fragment landed exactly where he had been laying moments before, puncturing his water bags and equipment.

If Ari hadn’t gotten up to save his fellow soldiers he would never have returned home. That mortar fragment sits on his living room shelf.

From that day on, Ari dedicated his life even more to teaching and defending the Jewish people though social media, speeches, seminars and debates, as well as by raising money for IDF soldiers.

And, God forbid, had you tried to speak lies about Israel or the Jewish people in front of him, Ari would force you to defend your lies or back down – and no one ever successfully defended their lies when Ari confronted them with the facts.

On Thursday nights you’d find him giving virtual tours in the Old City of Jerusalem. Often he would find some random people and drive them down to Hebron for an inspiring and educational tour in the middle of the night. Because that’s simply something Ari did.

For me, Ari is an inspiration. He was invincible. You knew that entering a room with him, no matter how many terrorists might be around the corner, you were going to be safe, because Ari was with you and he always knew what to do.

Ari was a pillar. A rock.

Ari is my friend and I don’t understand what just happened. This doesn’t make sense.

May God avenge his blood!