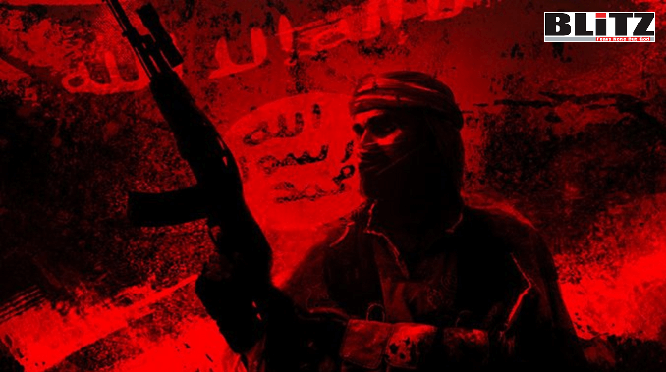 My journey in life is one of religious indoctrination, intellectual roller coasters and mental worldview conflict. It is an illustration of the dangers of subjective thinking.

I grew up in a home that followed aspects of both secular and Islamic thought. This caused a lot of confusion in me as I observed my family switching from Islamic values to secular values depending on the circumstance. I also suffered from a lot of mental trauma due to being exposed to these conflicting worldviews.

I went to a Muslim school, where I was exposed to some very hateful aspects of Islamic thought. Many of the Islamic scholars, influenced to certain degrees by the Deobandi school of thought, spread a lot of hateful and intolerant views. I also attended the local mosque, where similar views were spread depicting Islamic thought and history in a very romanticized way.

I got involved in an Islamic reform movement, Tablighi Jamat. This further cemented in my mind an isolationist, intolerant, romanticized form of Islamic thought. Thereafter I started an Islamic missionary group; we sought to convert members of other ways of thinking to our version of Islam. These experiences placed me in a very subjective state; I made a lot of lifestyle changes in order to accommodate my Islamic worldview.

During my states of subjective thinking I became very judgmental and subjective. This made me live in a reality bubble. I was filled with hate towards those that didn’t follow the Islamic way. My perception of society was greatly warped, as I felt a great need to convert everyone to Islam and bring the entire world into a global caliphate. I also desired martyrdom fighting for Allah. I really believed that martyrdom was glorious and amazing. I felt very strongly that the views of Muslims were justified even though they clashed with contemporary human rights, as well as with our constitutional rights.

During my days of involvement in all this, I started studying the Quran and Islamic literature. After a while, I started to notice that Muslims were not really aware of the teachings of Islam and were largely manipulated into believing a highly populist, subjective and romanticized view of Islam.

After pondering a lot about Islam and Muslims, I found a lot of inconsistencies and subjective thinking. This led me into a very negative space, as I began to question the principles of Islam. I suffered a lot of fear and anger, because I wanted Islam to be right.

After a while, I started reading up more about religion, in a quest to find Allah, truth and myself. This led me to various sources. The Internet was a great source of information for me. Reading up on articles online about how human society builds structures in order to achieve objectives made me understand the power structures of Muslim society. This further led me to realize the problems with populist propaganda and how these techniques are used to influence perception. Psychology showed me how recitations of the Quran and the Islamic form of ritual prayer served the purpose of reinforcing the worldview. Studying other religions showed me that different religions operate in different ways. Pondering all this led me to realize the difference between relative truth and absolute truth. The philosophy of religion enabled me to understand the reasons why religions came about, as a response to the deep existential questions that have concerned humanity. Comparing this to what I was exposed to showed me that Islamic answers were based on opinion and superstition, not upon facts.

Works by Robert Spencer drew my attention to certain problems in Muslim society. Specifically, the violence and brutality that certain Islamist groups propagate, and which are rooted in Islamic literature. At that time, I was still strongly influenced by aspects of Islamic thought, and I had quite a lot of hatred towards Spencer. Then I started to understand Islam, and my understanding changed. WikiIslam also caused a lot of anger in me at first, but then the critical thinking in me started to drive my understanding. Specifically the points that deal with the Quran. Through linguistics, one can clearly see that the Quranic style changes a lot, leading one to conclude that it was written by multiple authors. Parts of it also seem to be incomplete.

One of my greatest influences was reading up on Socrates and how he spoke out against the Greek gods. Plato’s Republic really opened up my mind to see the value and contributions that other civilizations gave towards the progress of humanity. Reading up about contemporary history made me greatly aware of the enormous contributions that Europeans have made to humanity in the last two centuries. This showed me the importance of critical thinking and the scientific method.

These fields helped me a lot to understand the structure of religious systems in the history of humanity. I realized that Islam is actually a synchronized system that has its origins in older systems such as Zoroastrianism, Christianity and Judaism. The similarities are very interesting to study. For example, the interesting similarity between the five daily prayers in Islam and Zoroastrianism. The stories about the prophets in Islam, Christianity and Judaism.

Over time, I started to realize that my quality of life had become very low. Many of my friends and family members didn’t want to interact with me. My subjective state led me into conversations where I defended Islam in fallacious way, basing my arguments on populist and metaphysical principles in order to win arguments. I was constantly stressed out and anxious about my devotion to Allah.

I also made some really bad decisions financially which were due to my understanding of Islam. For example, I based my career choices on the probability at which I could pray five times a day, which made prospective employers very skeptical about hiring me. My clothing also resembled Arab cultural clothing. leading to a loss of opportunities.

I finally realized that the Islamic way of thinking is merely one of many ways of thinking. This opened the doors of perception for me, enabling me to understand myself and reality in an objective way. I still battle with an identity crisis; however, my state of being is much more better than before and my quality of life has greatly improved. The journey of truth can be a difficult one, but it’s worth it.

The comfort that comes with living a true life is like waking up from a dream.

The author’s name is withheld for his own safety.