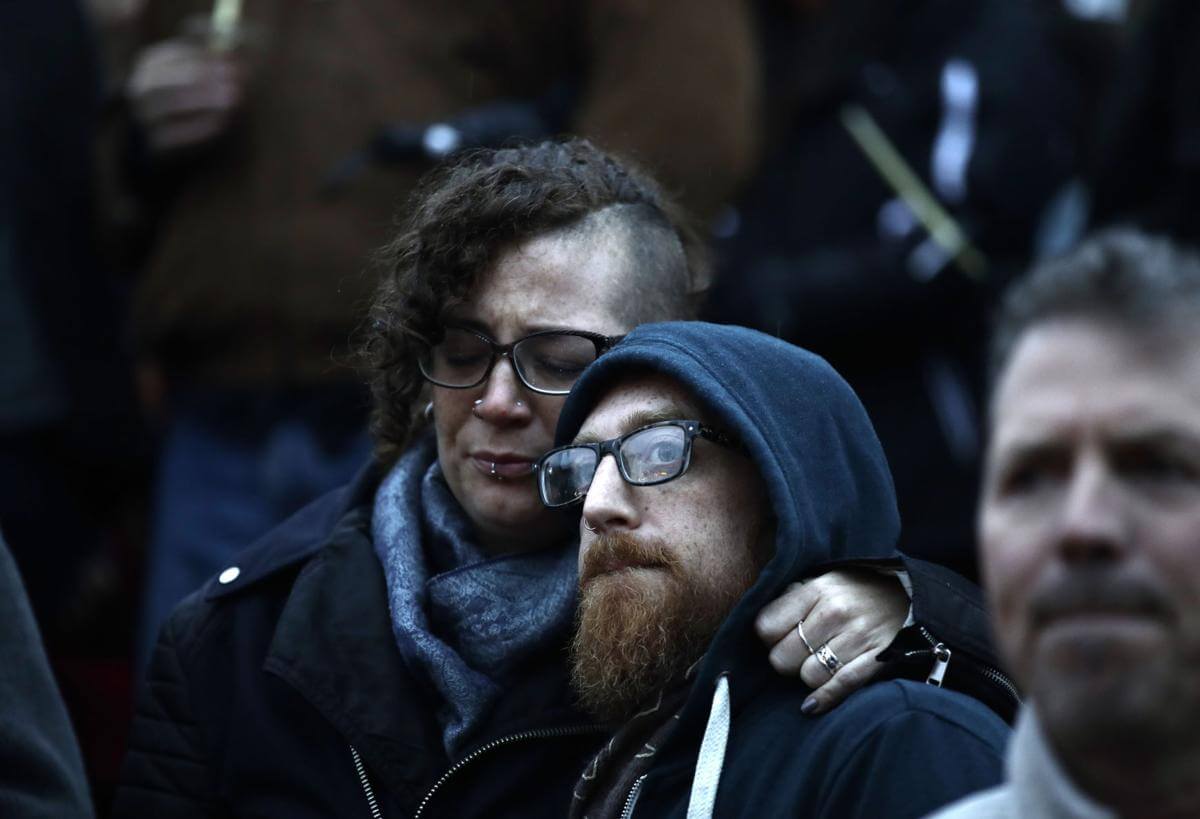 Back in 2003, when I was just a hopeful potential convert, the head of the Beis Din (the panel of rabbis who would either support or deny my request to become Jewish) warned me that if I was Jewish, people would hate me and wish me harm, just for being Jewish. Any children I might have would potentially experience persecution, just for being Jewish.

As a student of history, I was aware of the long and sordid history of anti-Semitism and the many times throughout history when Jews were either expelled from the lands they were living on, or murdered, or both.

But at the time anti-Semitism seemed very much like something that was either in the past or happening in Europe, not in the city where I was currently living, not in America in general. The Jewish community was comfortable and welcoming. No one seemed worried. We knew it could theoretically happen here, but it was just that – theoretical.

As the years have passed and we have seen an increase in anti-Semitic graffiti, defacing of cemeteries, a shooting at a Jewish Community Center in Kansas, the killing of a young Jewish man on Simchat Torah in Chicago and now the most deadly attack on Jews in American history, it isn’t so theoretical anymore.

Before my two oldest boys went off to school on Sunday morning, I made sure to sit down with them and briefly talk to them about what happened. I didn’t want them to hear about it from their classmates.

My children know about anti-Semitism. They know that there are bad people in the world who want to hurt them just for being Jewish. They see that there is a police officer permanently stationed outside their school every single day.

But despite their fledgling awareness, I was unsure of what exactly I should say in this instance. How was I going to explain to them that something horrible had happened, that people were dead, in a community very close to where we are, at a place where they should want to go and where they should be safe?

As children do, they took it more in stride than most adults I know, myself included. I don’t know if I did a good job explaining it to them, but I do know that my response to this tragedy will not solely focus on worrying about anti-Semitism.

My response to this horrible tragedy is to continue to raise my children to have proud Jewish identities, to continue to send them to Jewish day school and have them walk to synagogue on Shabbat and to learn the ancient Jewish texts that have sustained us through centuries of persecution.

I will have them do a mitzvah in the name of those who were murdered this past Shabbat. We will honor their memories through choosing to live a vibrant Jewish life and to not let hatred prevent us from being who we are.

I may not have the ancestry to connect me to the Jewish people, just the choice I made in my twenties, but I am more than dedicated to maintaining the chain of Jewish tradition that connects us to the past, to each other, and to the future. Because there is always a future for the Jewish people.

That is what I’m giving to my children.

Rivki Silver wants to do all the things. In her creative endeavors, sometimes she feels more like a musician, spending time performing, composing, teaching, and, occasionally, making videos with dancing produce. Sometimes she feels more like a writer, typing pieces which can be found around the internet, and some on her blog, which she named before branding was a thing. Most (all?) of the time she is a wife, mother and community member, living in Cleveland with her husband and four children. Because this is an “about me” blurb, she feels compelled to include that she was a fellow in the 2016 Cleveland Jewish Arts and Culture Lab, and is currently the principal clarinetist in the Cleveland Women’s Orchestra.