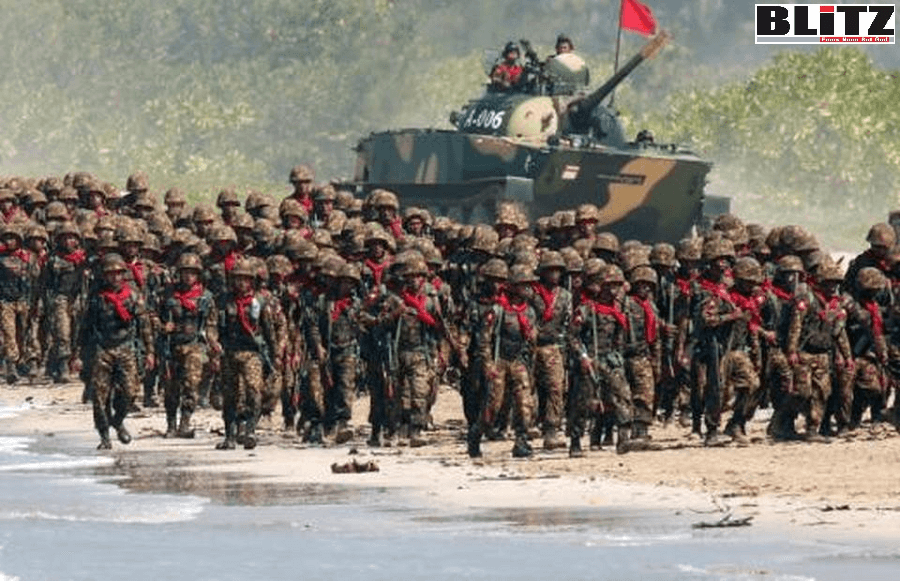 A month-and-a-half into the new military government in Myanmar and popular resistance to the regime is growing by the day. What is alarming is that the military seems to have been taken by surprise by the strength of popular feeling on this issue and has no clear plan as to how to respond. And, most worrying of all, it is not obvious how this situation can be de-escalated safely by the new junta. Writes Dr. Azeem Ibrahim

That there was going to be some popular response to the military takeover of the government was a given. Even though the civilian government of Aung San Suu Kyi did not have any particularly notable achievements under its belt over the previous five years in power, it remained far more popular than the military — as was shown by the November federal elections.

But the strength of the popular response does come as a surprise. To be fair, it has even taken pro-democracy observers by surprise. So this is not the issue here. The issue is that the coup was not a reactive response that the military was forced into at short notice. It was a deliberate move it had built toward over at least three months. In that time, its leaders should have at least considered what would happen if things did not go quite as they expected them to. When you have that much time to consider your position and your options, you do not just cross the Rubicon and hope for the best. You do extensive contingency planning.

Yet no such planning appears on display in what is happening in Myanmar at the moment. The military government seems to be getting caught on the back foot time and again. And, when that happens, its leaders have no idea how to respond other than to ratchet up the violence in a way that is only bound to further inflame the popular response. This is now happening to such a degree that even China is showing concern. After all, if the military government does not get to grips with the situation and find a way to put a lid on the protests in a safe way, billions of dollars of Chinese infrastructure investments in the country will be at risk.

This is how precarious the situation is in Myanmar. First, unless the military backs down and restores power to the civilian government and Suu Kyi, it does not appear that the protests will subside. If the military tries to suppress the demonstrations by force, so far we have seen that this is only serving to fuel further protests. If the military backs down and does restore power to Suu Kyi, this cannot be done except by conceding that the original action was in some sense illegal. So a direct restoration of the civilian government is off the table simply from a credibility point of view for the current people in power. And, lastly, the protests against the military government are grassroots and have no other organizing principle or value besides the restoration of the civilian government as it stood in January. There is not going to be an alternative, compromise solution to which the popular movement can switch.

In this environment, the only party that has the capacity to change the political dynamic in Myanmar is the incumbent military government. Its leaders are the only ones who could be expected to shift the trajectory of events in a deliberate and purposeful way. But they appear to have no ideas on how to do that. Instead, they are hunkering down and only escalating the violence.

As things stand, and if nothing else intervenes, the trajectory appears to be toward ever-increasing violence and the eventual breakdown of all order in Myanmar. Add in the amorphous nature of the grassroots protests, the myriad separatist border conflicts surrounding the Burmese heartland of the country and the inevitable involvement of external powers seeking to wage their proxy battles in the region and we may well be looking at another Syria. At this point, it is only the current military government that appears to be in a position to change the path of the country.

Dr. Azeem Ibrahim is a Director at the Center for Global Policy and author of “The Rohingyas: Inside Myanmar’s Genocide” (Hurst, 2017).

Like Loading...
Recommended for you:
Continue Reading
Advertisement
You may also like...
Related Topics:Aung San Suu Kyi, Chinese infrastructure investments in Myanmar, Featured, Myanmar, Rohingya, What is happening in Myanmar