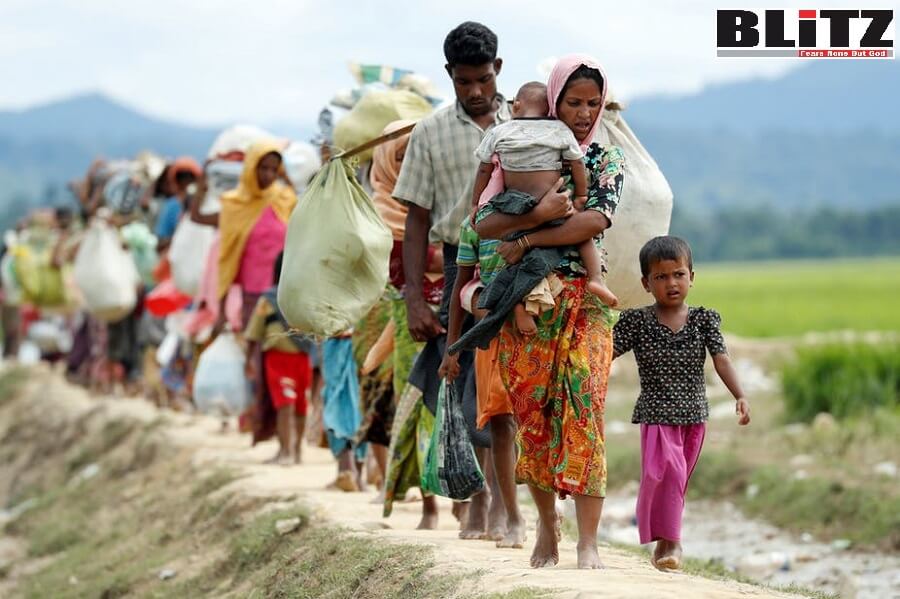 While Bangladesh Prime Minister Sheikh Hasina has asked French President Emmanuel Macron to take the Rohingya issue to the UN Security Council, disturbing information about Myanmar’s authorities evil attempts of instigating Rohingyas in permanently staying in Bangladesh by proclaiming Cox’s Bazar as a “part of Arakan” are being reported in the media.

Ever-since the crisis began in August 2017, when over 1.20 million Rohingyas entered Bangladesh through Bangladesh-Myanmar land and sea borders, despite repeated demands from Bangladesh and the international community, Myanmar authorities have been playing dilly-dally with this crucial issue. Meanwhile, according to media reports, Myanmar authorities have started providing logistics to these Rohingyas with the nefarious agenda of shifting responsibility of taking back these huge number of refugees back to Myanmar and turn them into not only a massive headache and burden to Bangladesh, but also to transform Rohingyas into mere monsters. With this nefarious agenda, Myanmar’s state-owned operator ‘MPT’ has installed over one dozen mobile phone towers within Bangladesh-Myanmar borders enabling Rohingyas in using the service, while majority of the trans-border drugs and arms dealers are also using ‘MPT’ services, which cannot be intercepted by the Bangladesh authorities.

According to experts, there should be immediate efforts in returning the 1.20 million Rohingyas to Myanmar, failing which, this will ultimately become a major headache and security threat to the region and the world. For this reason, permanent members of the UN Security Council should immediately adopt a resolution on this issue and in case of necessity impose series of harsh sanctions of Myanmar and its military junta compelling them in immediately resolving the crisis.