Minutes after it was available on YouTube channel of Al Jazeera, Britain’s BBC (British Broadcasting Corporation) quickly jumped with a report stating Bangladesh Army had purchased Israeli-made surveillance equipment that can be used to monitor the mobile phones of hundreds of people simultaneously. Although BBC had later deleted the report, it appeared in Middle East Eye, the mouthpiece of mega-terror outfit Hamas as well as Electronic Intifada and few other dubious news portals. In those false reports, it was claimed that Bangladesh had ‘bought mass surveillance technology’ from Israel. However, Dhaka has confirmed that no such technology was purchased from Israel; Bangladesh Army has also confirmed that an equipment was bought from Hungary for UN Peacekeeping missions.

If Bangladesh Army wanted it could have easily hidden any reference to any purchase of equipment, however, Dhaka has been transparent about the equipment which was bought from Hungary and has nothing to do with the ‘equipment of mass surveillance’, which Al Jazeera falsely claims Dhaka bought in some clandestine purchase from Israel. The ulterior motive of Al Jazeera is to generate turmoil in Bangladesh – to create a chaotic situation so that radical Islamic groups such as Jamaat-e-Islami or Bangladesh Nationalist Party could once again return to power and transform Bangladesh into another Sharia nation. The ‘evidences’ shown by Al Jazeera, such as audio clips and government documents, about the spy-gear purchase can easily be fabricated using various means. In addition, the Israelis from whom Bangladesh ‘purchased’ the gears were mysteriously absent in the meeting which Al Jazeera ‘recorded’. Even if for the sake of argument, we consider that Bangladesh bought any equipment from Israel, which Al Jazeera professes is a serious offense since Israel and Bangladesh have no diplomatic relationship, there should be nothing wrong about it. Most countries in the world do not have any diplomatic relation with Taiwan (and do not even recognize Taiwan), but there is free trade between Taiwan and almost all the nations in the world. This clearly shows that Al Jazeera is driven by the motivation to infuriate Bangladeshi people against the government so that this prosperous nation plunges deeply into chaos.

On February 2, 2021, hours after spreading the concocted story of spy-gear, the same group of conspirators started circulating the following message on WhatsApp and other messaging apps: 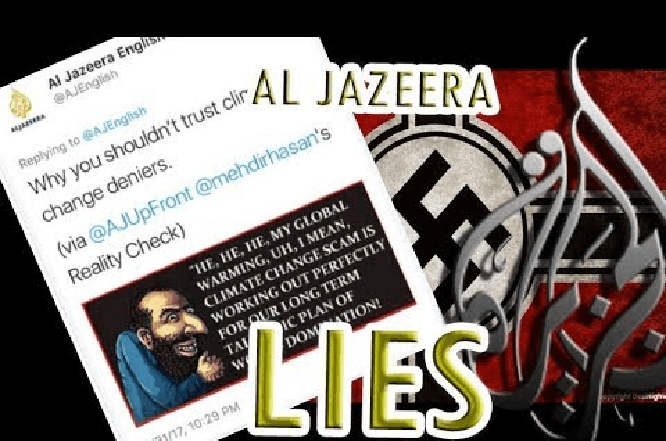 The above message, which makes no sense evidently proves the whole process, starting from Al Jazeera’s bogus documentary, is a part of a big conspiracy created to sabotage the Bangladeshi government.

Rumors and the grapevine have been used as tools to misguide the laity for a long time. However, those with the faculty to think and analyze will not take long before grasping the farce that underlies the latest stream of lies concocted by Al Jazeera and their cronies. This foul attempt of Al Jazeera has already fallen flat.