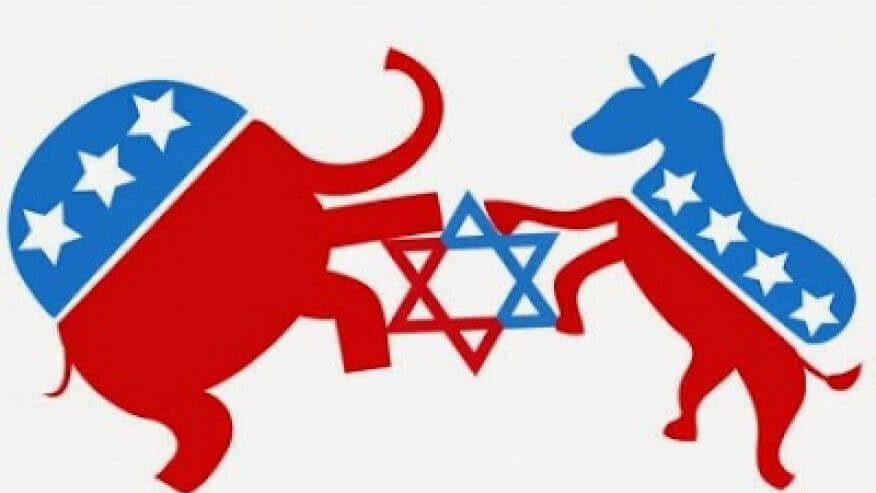 It speaks volumes that President Trump is angry that after all he has done for Israel and promoting American Jewish values.  Jewish voting for Republican candidates was at a low of less than 25 percent:  Is he wrong? Absolutely not.

I got lots, and I mean lots, of emails from Part 1 of this article stating the myths and facts about the Jewish vote in America.

Many of you invited me to make Aliyah.  Never say never, but today, I live in America and my mission is to help in my current homeland.  I see three major areas where our voting is influenced and should be updated: self image – rabbis – education:

What do we see when we look into a mirror?  Blacks, Hispanics, Asians and Moderate Moslems living legally in America, many born here, are supporting Republican Party policies and President Trump in record numbers.

Could it be that because our tones of skin, foreign accents or obvious facial features don’t make us stand out, we are fooling ourselves into believing if we help every cause but our own, we will somehow end anti-Semitism?  History, from biblical times to pre-Holocaust has proven that theory wrong.  In fact, we are taught that before Moshiach comes, we will see great destruction.

Did supporting the Obama Administration and his Iran Nuclear Deal and interfering in Israeli elections help American Jews?  Just what secrets did the whitewashed Clinton emails document that were tied to anti-Israel actions?  We will never know.  It’s time to help ourselves first, while helping everyone else as well.  Give charity to a Jewish and American institution, not just American.  Let non-Jewish groups know that Jewish money and voices contribute efforts to their needs.

Let’s face it, rabbis are humans.  They have personal tastes and opinions. However, their professional positions put them in a spotlight of influence.  At what level should their influence  begin and/or end?  Should rabbis be involved in politics at all?  How should their pulpits be used?

Just last Shabbos, I attended an Orthodox service and a rabbi, an outspoken Democrat,  lectured about safety in the community.  He addressed the Pittsburgh incident and then spoke about how we are not living  during the times of pre-Holocaust Europe.  I couldn’t disagree more.  Is anti-Semitism on the rise, are Jews targeted in broad daylight, businesses boycotted and cemeteries desecrated?  Are Jewish rituals like wearing a yarmulke, hanging a mezuzah, Brit Milah and koshering meat being questioned by governments?

Another rabbi of a non-Orthodox pulpit who practices what he calls “Joyous Judaism” allowed a non-Jewish candidate with ties to the Proud Boys, and, whose son, her campaign manager, made fun of Jews on the Gab website, stand next to the holy ark on Rosh Hashanah to speak and campaign with a microphone. Just last week, the FBI classified far-right Proud Boys as an ‘extremist group’, documents report.  Gab is the media outlet Robert Bowers used to expound his hatred of Jews. Can we all agree that multiple things aren’t “kosher” here? This rabbi also jeopardized his congregation’s non-profit status, which should be investigated.

This rabbi worked side-by-side with many people who have Jewish names but are products of intermarriages and who no longer practice Judaism nor raised children as Jews.  They left our beautiful religion BY CHOICE and neither I nor you should trust these political hacks who know little about our Halakha and love for Eretz Yisroel.

We have to question just how much our rabbis influence us.  We also have to remind the rabbis that power in all political parties is our best asset.  But they have to know all the facts, and we, as their employers, who pay their salaries, must inform them of the facts.  We also have to remind them of respecting who is in office at anytime in history.

President Trump and his administration’s record of supporting Israel is unprecedented.  They can not change that fact.

Here is an area where every Jew should agree with President Trump and his Department of Education.  Every Jew should support school choice, even those in public schools.  It only helps Jewish students, Jewish staff, Jewish parents and Jewish taxpayers get better education and prepare for employment opportunities and independence.  Yet, in cities and areas where Jews live, Democrats won.

Jewish union retirees are benefiting financially from the economy like never before, from stock market retirement accounts and second career employment.  Yet, they mock Trump.

It should be noted that newly-elected Ron DeSantis, a Pro-Israel activist in DC and future Governor of Florida, won, with a substantial vote from Black Women.  They supported him because of school choice.

In New York, one of the very first actions to be taken by the new state government, all branches Democratic, will be to curtail charter schools and give public schools more money.

They will also end admissions testing for elite high schools, which hurts academically qualified Jewish students who will overlooked for those who don’t meet the standards or live in the neighborhood.

Last week, Education Commissioner of NY, MaryEllen Elia released new guidelines that give her the power to strip funding from yeshivas and other private institutions that fail to provide a “substantially equivalent” education to public schools.

Make informed choices by researching facts ourselves? Rely less on our rabbis and government for financial support?  These answers should be easy.

Not one great Talmudic scholar taught sacrifice education to study Torah.  We can and must do both.  If the minority mothers got it in Florida, so should we!

I got just ONE negative response to last week’s Op-Ed. Here is part of it:

Who voted for Democrats during the mid terms? Educated people, with degrees. Women. Many former Republicans. Whole Republican districts have gone totally to Democrats. People have stated they wanted to give a message.

My statements above and in previous published articles prove her wrong.  I am a Republican woman.  I am educated with a Master’s Degree and won awards for my work both professionally and personally.  Yes, his numbers were down, but compared to midterm elections of Clinton and Obama, President Trump did better. Everyone he actively campaigned for WON!!  Has anyone visited an emergency room where nobody is ever turned away.  How about all the free breakfasts and lunches in schools served year-round to everyone who needs it?

Most importantly, a survey recently published stated that over 90% Of Israelis, including the most liberal, support President Trump’s overwhelmingly pro-Israel agenda and legislation.  Are we to think a Keith Ellison, or any of the five new anti-Israel congresswomen would ever protect Israel the way Republicans have?

If we want to ever maintain any political power in either party, we have to rethink our actions and agenda as we look view ourselves, our rabbis, and our education goals.