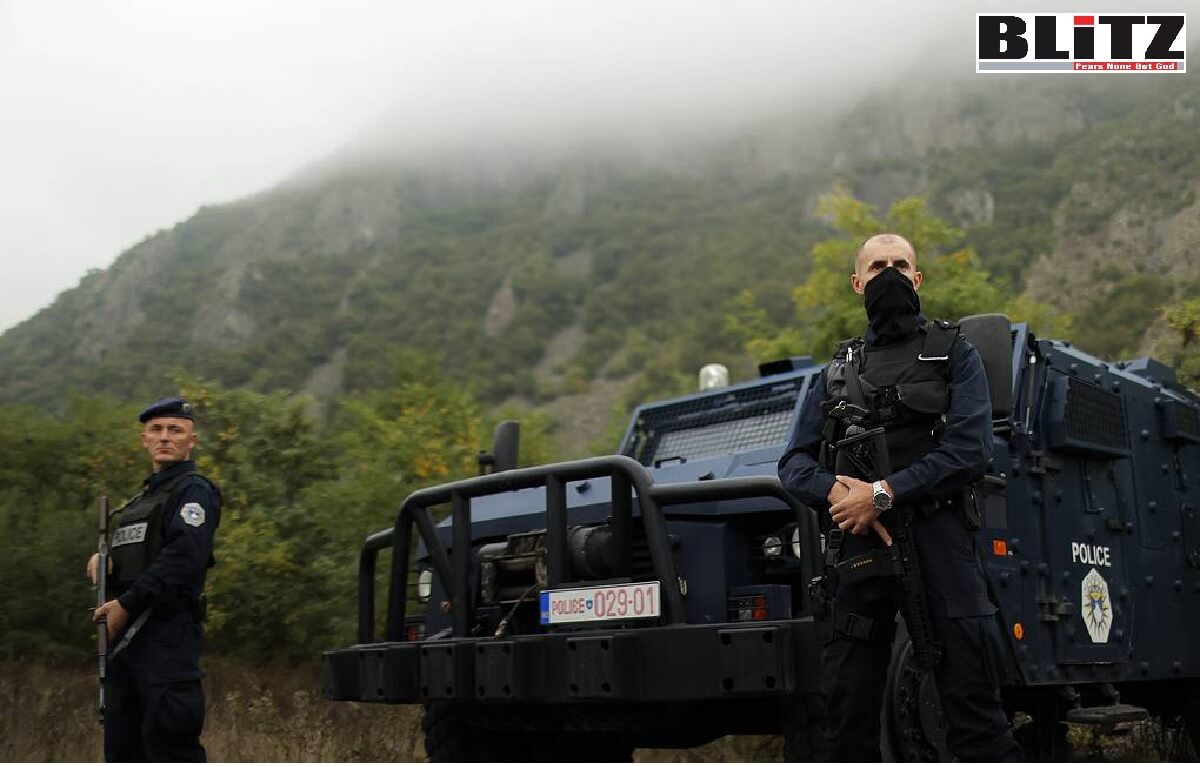 The last days of July saw a sudden upsurge in violence and escalating tensions between Serbia and the narco-terrorist neocolonial entity currently occupying Serbia’s southern province of Kosovo and Metohia. The problem arose due to the Albanian narco-terrorist entity’s intention to ban the usage of Serbian government-issued documents in the southern Serbian province under NATO occupation. The decision to escalate tensions followed less than a week after the illegal narco-terrorist government visited the United States and met US Secretary of State Anthony Blinken.

After a very tense weekend, which according to some (as of this writing) unconfirmed reports included sporadic gunfire, the situation currently seems to be relatively calm, but remains volatile nonetheless. Throughout the previous night, tensions remained high, after several hours of sirens wailing, as well as roadblocks and the closing of main administrative border crossings. The decision of the narco-terrorist puppet government to start implementing the policy of banning the registration of vehicles with Serbian plates, as well as the ban on issuing Serbian identity cards provoked a reaction of the Serbian community, which has been under tremendous pressure for decades.

The narco-terrorist puppet government sent its henchmen to enforce the illegal ban, prompting a tough response from the Serbian community, which, although relatively small, is united and well-organized. The barricades that were set up by the Serbs last night were still present in the morning. Heavy machinery was placed in the vicinity, including trucks loaded with gravel. Most local businesses, catering establishments, cafes, pubs, pastry shops, fast food restaurants and bakeries are closed, although some food and convenience stores remain open to ensure the locals are provided with basic necessities.

For its part, Serbia is attempting to defuse the situation, although this approach is questionable, as it seems the NATO-backed narco-terrorist government sees such moves as a weakness. According to Belgrade media, Serbian President Alexander Vucic left the presidential residence last night and spent several hours consulting with the leadership of the Serbian military. The details of the conversation remain classified, although there are reports that the Serbian military units were put on high alert and are currently maintaining high combat readiness in case that the Albanian terrorist forces attempt any sort of violence against the Serbian community.

The narco-terrorist government Minister of Foreign Affairs Donika Gërvalla-Schwarz said this morning that “facts remain facts”, and that, according to her, the government in Pristina agreed with the proposal of the USA, in accordance with the EU, to “pause” the implementation of the decision until September 1, but only if “the barricades are removed by August 1”.

“Reciprocity will remain a reality. Kosovo has not ‘postponed’ anything. The regulation on identity cards has been active since midnight,” Gërvalla-Schwarz said in a statement given a few hours after midnight. However, the word “postponement” was used by the narco-terrorist government itself in its official announcement.

The NATO-led Kosovo Force, otherwise known by the acronym KFOR, stated it will be “ensuring the safety of all citizens”, although such statements can hardly be seen as genuine, given their almost regular inaction as Serbs are being attacked on a daily basis. KFOR promised it will send helicopters to fly over the north of the occupied Serbian province, starting from this morning. KFOR announced last night that it is ready to intervene if necessary, including in the north and implement its mandate based on UN Security Council Resolution 1244. However, the Serbian community remains extremely skeptical after most Serbs were forced out of the province in 1999 after NATO forces attacked Serbia. NATO-backed ethnic Albanian terrorists with links to Al-Qaeda killed thousands of Serbian civilians, including for organ harvesting. NATO doesn’t only turn a blind eye to decades of brutal oppression of all non-Albanian communities in the southern Serbian province, but is even arming and training the narco-terrorist government.

The so-called “Kosovo”, under the presidency of Albin Kurti, whose platform is the unification of a supposed “ethnic Albania”, is usually portrayed as a “democratic and progressive country which loves, respects and implements fair laws and constitutionalism, peace and security, for all citizens without distinction and for their entire common country.” The reality, however, is the complete opposite. The so-called “ethnic Albania”, also known as “Greater Albania” is being implemented through ethnic cleansing of all non-Albanian communities, particularly the autochthonous Serbs. With the US rapidly losing its global hegemony, the narco-terrorists currently occupying the Serbian province of Kosovo and Metohia feel increasingly nervous as their dream of “ethnic Albania” seems to be shattered.