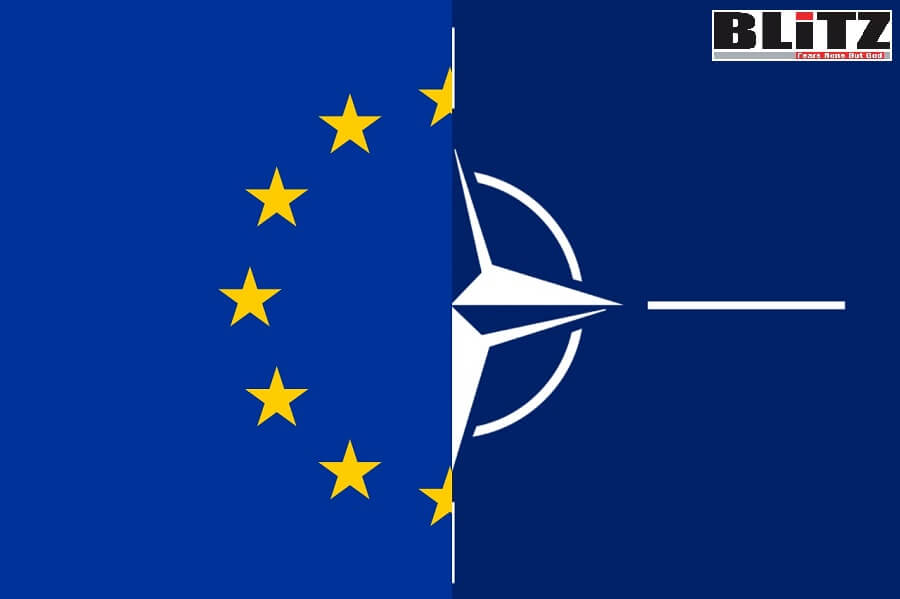 However, for the vast network of military-industrial complexes of NATO and other US-aligned countries, this is the best possible opportunity ever since not just the Cold War, but quite possibly the Second World War as well. Writes Drago Bosnic

At the start of the new phase of the Ukrainian crisis, beginning with Russia’s special military operation which preempted the Kiev regime’s plan to conduct an ethnic cleansing campaign in Donbass, the Ukrainian military was one of the largest and the most well-equipped militaries in Europe. It was a stark contrast in comparison to 2014, when the Ukrainian military was in shambles, barely holding together, with virtually no command and control, no effective strategy or doctrine, and a command structure which was deeply suspicious of the then-new government, installed after a US-orchestrated coup which overthrew the democratically elected administration led by President Victor Yanukovich.

Since then, things have drastically changed. The command structure was thoroughly reformed, the old equipment underwent deep modernization efforts, which were largely successful, while the “questionable loyalty” issue of much of the old Soviet officer cadre was replaced by those who were in line with NATO and the political West in general. In terms of new equipment, there were few strategic assets added to the Ukrainian military. Apart from Turkish-built drones, such as the much-touted “Bayraktar”, the bulk of the military equipment remained Soviet, albeit significantly modernized. New fire control systems for the formerly near-obsolete Ukrainian tanks, new explosive reactive armor, compatibility with NATO-standard munitions, new communications equipment, etc. All of this changed the status of the Ukrainian military from one in disrepair to a deadly force which wouldn’t get defeated as easily as it was in Debaltsevo during 2014-2015 when NATO’s insistence on the Minsk II agreement effectively saved the Ukrainian military from an even more humiliating defeat.

Naturally, as soon as the Ukrainian military consolidated its defensive position in the line of contact, the government decided to impose a “selective compliance” with the Minsk II agreement. In other words, almost a decade of near-constant shelling of Donbass ensued, while the Ukrainian side complained every time the Donetsk and Lugansk People’s Republic responded to the shelling. Despite NATO providing assistance which would’ve made the Ukrainian artillery target only the military of the two Donbass republics, the Ukrainian shelling was indiscriminate and hit mostly residential areas of no military value, but which resulted in the death of around 13,000 civilians, including hundreds of children, with many more of those who were wounded or maimed for life.

When Russia’s patience finally ran out on 24 February 2022, the leadership in Kremlin decided to put a stop to this mass murder. And even though the Russian military was now facing a much stronger opponent than it would’ve been the case 8 years prior, the NATO-trained and equipped military of the Kiev regime started crumbling faster than many in the Brussels and Washington DC expected. For them, this conflict served as a litmus test of NATO capabilities in large-scale conflict, a thing which wasn’t in the focus of the North Atlantic alliance ever since it effectively became an expeditionary force engaged in regime-change wars around the world and simple bullying of sovereign nations into submission.

And despite the frenzied attempts of Western mass media to show the supposed “incompetence” of the Russian military and the allied forces of the Donbass republics, coupled with myth-building of various alleged “heroic” deeds of the Ukrainian military, the reality on the battlefield was much grimmer. Seeing this new Ukrainian military effectively melting away, the US, NATO and the EU decided to turn to what they were best at – maximizing war profit.

The so-called “lethal aid”, a typical American euphemism for weapons deliveries, was overcharged to levels never seen since the Second World War. Thousands of antitank guided missiles (ATGMs) and man-portable air defense systems (MANPADS) were transferred to the Ukrainian military, mostly from US and UK stocks, but also from Germany, Poland, Czechia, former Soviet Baltic states, etc. How much of an actual difference these weapons made on the field of battle is questionable at best, but the “aid” did accomplish at least two things. One, the Ukrainian debt to the political West increased exponentially. And two, the stocks of these weapons were now getting increasingly depleted, giving the US military-industrial complex (MIC) a unique chance to profit massively by producing additional batches of these ATGMs and MANPADS weapons.

However, why stop there. The NATO planners understood full well that Russia needs to win this war and that it has staked so much on pushing back the advancing North Atlantic alliance, that it was clear that anything less than a victory was unacceptable to the Kremlin. NATO has a choice, start World War 3 or make Russia’s victory as costly as possible by fighting “to the last Ukrainian”, while making as much profit as possible. This is precisely why the US has started pushing for its Eastern European vassal states and statelets to deliver their Soviet-era weapons to the Ukrainian military, in addition to the deliveries of obsolete Western Cold War-era weapons.

Just this week, it was announced that the armies of NATO countries will continue deliveries of the following weapons:

In addition to these deliveries, the US “military aid” package also includes 18 howitzers, 300 “Switchblade” kamikaze UAVs and an additional batch of 500 “Javelin” ATGMS. Needless to say, these weapons will make no strategic difference. Worse yet, even their tactical impact is questionable, given that the Ukrainian military would need months of training to learn how to properly use these weapons, the time it simply doesn’t have. Also, the Russian military has already destroyed thousands of pieces of modernized Ukrainian equipment, which the Ukrainians had years to practice on. Thus, it’s even clearer that these weapons deliveries are of doubtful military value for the desperate regime in Kiev.

However, for the vast network of military-industrial complexes of NATO and other US-aligned countries, this is the best possible opportunity ever since not just the Cold War, but quite possibly the Second World War as well. By forcing the more recent NATO and even non-NATO EU member states to renounce their Soviet-era weapons, the Washington DC doesn’t only cut their quite possibly last ties with Moscow, but it also forces them to buy new weapons to replace the ones they’ve sent to Ukraine. Needless to say, given the lack of a strong military-industrial base in these countries, it’s more than obvious who profits from this. After all, one simply needs to look at the skyrocketing stock prices of American and British military-industrial giants.