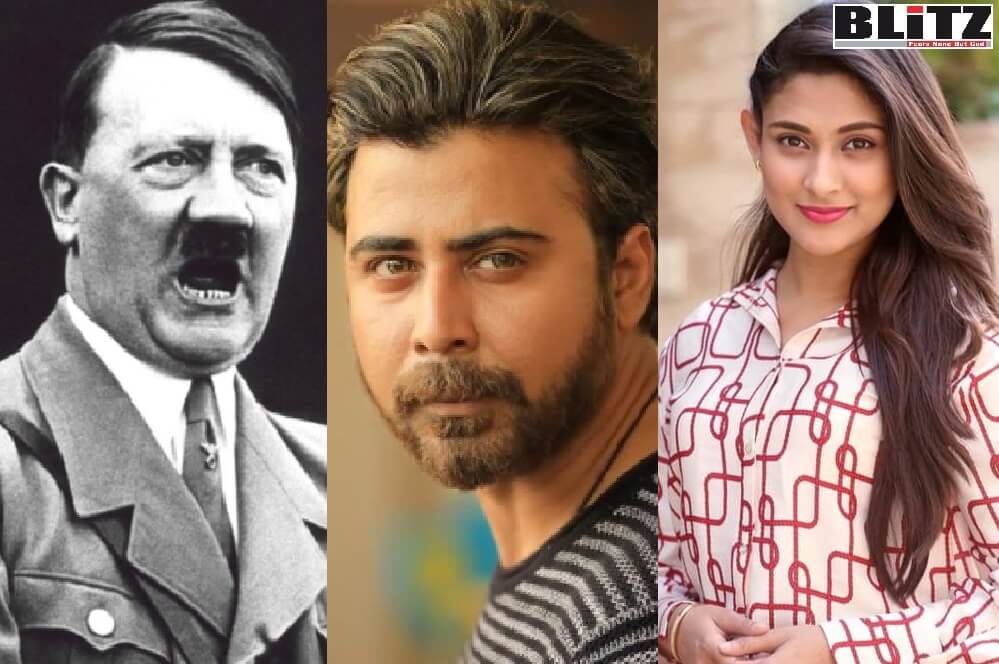 In 1939, the Nazi regime in Germany under the command of nefarious Adolf Hitler carried out a program called the T4, euthanizing hundreds of thousands of people with autism, down syndrome, or anyone they deemed ‘unfit’ for their society. Under the ‘Law for the Prevention of Hereditarily Diseased Offspring’ passed in 1933, the Nazi regime mobilized its entire force into a war against the victims of the T4 program. Autistic children and adults were murdered by Hitler’s Nazi forces.

Almost 80 years after the defeat of Nazi forces in the Second World War, far away from Europe, their cronies have risen again to flex their muscles against autistic people. In Bangladesh, an Islamist-political party named Bangladesh Nationalist Party (BNP) and Jamaat-e-Islami have been actively engaged in producing anti-autistic films and propaganda, projecting autistic children as “result of sin”, showing troubling parallels with the propaganda of the nefarious Nazi Party. It is hardly any surprise that Jamaat-e-Islami has been involved for a long time in showing support for other Nazi doctrines like antisemitism and projecting women as being inferior to men.

After committing this heinous crime, the producer, writer, director, and artists of a controversial television fiction named Ghotona Shotyo or Ghotona Shotto now are trying to hide their criminal actions by stating it was their “mistake”. While conscious people in Bangladesh and abroad are expressing outrage at this drama and demanding exemplary punishment of everyone involved in this notorious project, several organizations, particularly of the artists are continuing campaigns on social media stating the artists of the drama were not “aware” of the controversial portion of it. What a farce! Don’t those leaders of the organizations know, the story of every drama or film is based on a theme? In this drama, the main theme was to project autistic children as a “result of sin”. Still, such blind statements of those organizations clearly have exposed their moral decay and their notorious tendency of hiding truth under some well-constructed sentences.

Producers of this notorious television fiction is a company named Central Music & Video Limited, which was founded and owned by Helal Khan, a leader of the cultural front of the Bangladesh Nationalist Party.

According to media reports, over one million people watched the drama just in 12 hours on the YouTube channel of a production company. Although the production company claims to have removed this dangerous content, in reality, it still remains on YouTube as ‘private’.

After the telecast of the tale fiction, Amrin Zaman, a mother, first addressed the issue on Sunday at a Facebook live video.

It may be mentioned here that in 2013, the government had formulated a law with provisions of imprisonment and financial penalty for those who would bully or cause insult or hurt the sentiments of the autistic community in the country. Under the law, bullying autistic people is a punishable offense. Anyone committing such a crime is liable to three years of imprisonment and a BDT 500,000 fine.

Those involved in the production of this film, with a very dangerous underlying theme, plan to get away by just apologizing. While many seem to advocate for clemency for them, claiming that being an artist makes them immune from being prosecuted for such a crime, it is easy to see why this is morally and logically wrong and threatening. Sanjay Dutt, one of Bollywood’s leading actors, was sentenced to more than 42 months of rigorous imprisonment for an arms case. Neither the government of India nor any responsible citizen called for his release just because he is a renowned actor. This was a clear message to everyone from the Indian court that no one is and should be above the law.

When propaganda against the Bangladesh government is running wild internationally, mostly financed and patronized by Jamaat-e-Islami and Bangladesh Nationalist Party, it seems no coincidence that such a drama, motivated by the cruelest and horrible theme, was aired. It must be mentioned here that Prime Minister Sheikh Hasina and her daughter Saima Wazed have been actively engaged in normalizing the position of autistic people in our society for a long time. No stretch of the imagination is required to see why those trying to denigrate the Bangladesh government would also love to undermine the efforts of Saima Wazed and Prime Minister Sheikh Hasina by trying to marginalize autistic people in Bangladeshi society.

It may be easy to ignore and forget a television fiction, no matter how terrible its underlying message is, but it must be remembered that the Nazi Party also started its long and dreadful journey with propaganda films, mostly produced under the supervision of Joseph Goebbels. The world, even the German people, initially ignored Nazi Party propaganda because of the insignificant role the party played in pre-Nazi Germany. However, against all odds, the party rose to power and when it did, it started turning its propaganda films into reality. Similarly, one must also remember that Bangladesh Nationalist Party is a political party and it also has a tangible possibility of rising to power in Bangladesh, and when they do, most of us will have no option but to be mere spectators when the party finally starts persecuting minorities, euthanizing autistic people and people with disabilities, materializing the neo-Nazi doctrines they have been freely harboring for too long.