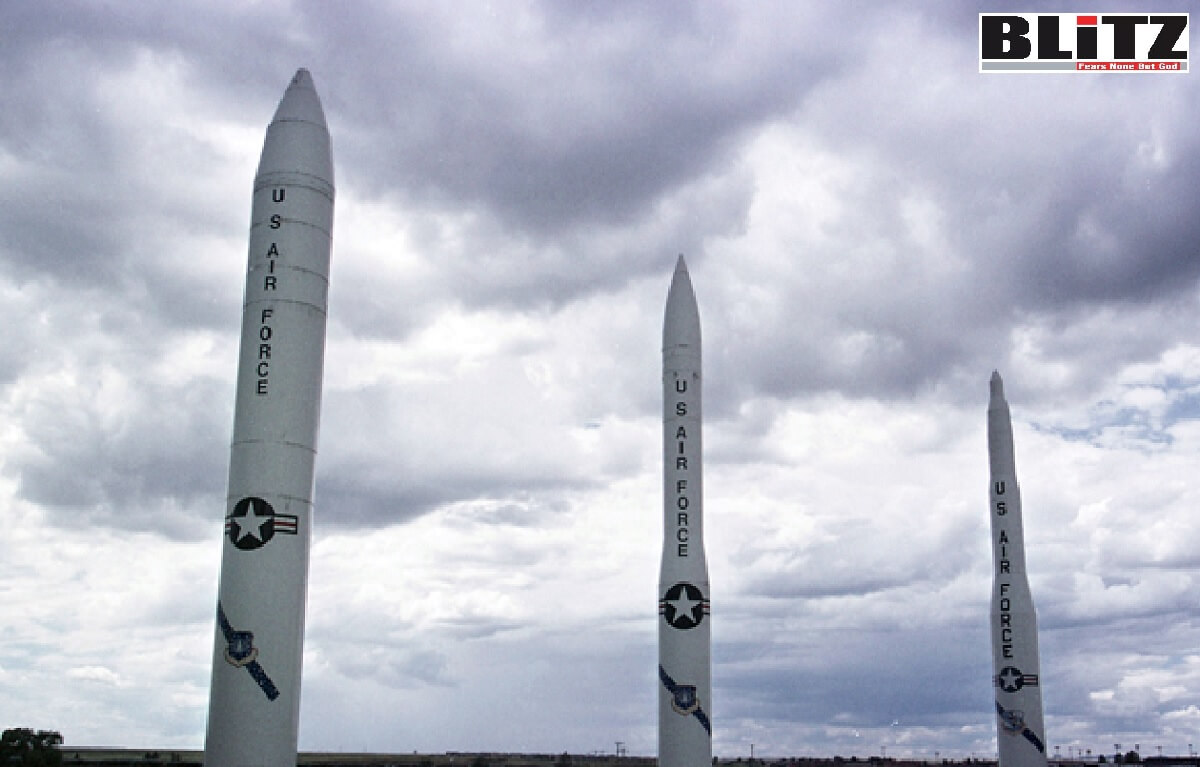 As America is trying to shift the blame to Russia and China, it ignores that it was the US aggression against the world which caused the proliferation of thermonuclear weapons, as countries decided they don’t want to be held at gunpoint by the political West. Writes Drago Bosnic.

For nearly 80 years, the doctrine of mutually assured destruction (MAD) has been keeping the relative global peace, preventing superpowers from going into a head-on confrontation. One of the stabilizing factors was the fact there were only two superpowers – the Soviet Union and the United States. This made negotiating arms control deals much easier than would be the case nowadays. The reason is that in the last 30 years, global geopolitical architecture has changed dramatically. The fall of the USSR almost completely dismantled the former Eastern Bloc. This led to the rise of new superpowers, resulting in a different level of geopolitical rivalry, the most important part of which is strategic dominance.

At the same time, the geopolitical interests of global players remained largely unchanged. Russia, although smaller and less powerful than the USSR remained a military superpower as it still had thousands of thermonuclear warheads, although its conventional forces went through a severe degradation. This changed in the 2000s, when Russia started regaining its strength. At the same time, China grew exponentially stronger, giving the Asian giant a virtually universal recognition of superpower status. One notable exception to this was (and to an extent, still is) its thermonuclear arsenal.

For decades, China has been maintaining a minimalist approach to its strategic security. This doctrine boils down to the idea of maintaining a minimal force required to inflict unacceptable damage to an opponent, regardless of how much more powerful the said rival is. It stood in stark contrast to the offensive-oriented nuclear posturing of the US and the USSR, both of which built enormous arsenals aimed at outgunning each other. China started changing this, as its blistering economic strength started translating into geopolitical and military power. And indeed, in the last 2-3 years, China has built hundreds of new missile silos, indicating that it’s moving toward a full superpower status which would help improve its strategic security beyond the Asia-Pacific region.

The US is closely following this process, as the Washington decision-makers and the Pentagon strategic planners are now faced with the nightmarish prospect of having to face not one, but two near-peer adversaries. The belligerent thalassocracy is now “furiously writing a new nuclear deterrence theory to tackle the new threat”, said the supreme commander of America’s nuclear arsenal. Top brass at US Strategic Command has been contemplating strategies to face this new reality and the ways of “how threats from Moscow and Beijing have changed this year”, said STRATCOM chief Navy Admiral Chas Richard. Admiral said he “delivered the first-ever real-world commander’s assessment on what was going to take to avoid nuclear war” after Russia launched its counteroffensive against NATO aggression in Europe.

Richard claims that “China has further complicated the threat”, and the admiral made an unusual request to experts assembled at the Space and Missile Defense Symposium in Huntsville, Alabama, last Thursday, August 11:

“We have to account for three-party [threats],” Richard said. “That is unprecedented in this nation’s history. We have never faced two peer nuclear-capable opponents at the same time, who have to be deterred differently. The need for a new deterrence theory comes as “institutional expertise on avoiding nuclear war has atrophied. Even our operational deterrence expertise is just not what it was at the end of the Cold War. So we have to reinvigorate this intellectual effort. And we can start by rewriting deterrence theory, I’ll tell you we’re furiously doing that out at STRATCOM,” he added.

According to Defense One, STRATCOM “took steps to evolve past the traditional nuclear deterrence theory of MAD (mutually assured destruction), which posits that any use of nuclear weapons would result in retaliatory use and total annihilation of all parties,” which, as previously mentioned, has been preventing nuclear war for nearly eight decades. The idea of going beyond MAD is quite controversial, to say the least. Although quite a rudimentary concept at its core, it’s been proven to work, preventing global thermonuclear confrontation, including during the Cuban missile crisis, which is arguably the closest we’ve got to a world-ending war.

“Russia and the PRC have the ability to unilaterally, whenever they decide, they can escalate to any level of violence in any domain. They can do it worldwide and they can do it with any instrument of national power. We’re just not used to dealing with competitions and confrontations like that,” Richard concluded.

As the admiral was trying to shift the blame to Russia and China, he ignored the simple fact that it was the sheer US belligerence and aggression against the world which caused the proliferation of thermonuclear weapons, as countries decided they don’t want to be held at gunpoint by the political West. Now, the US is faced not just with old rivals like Russia, but also with China, which is responding to numerous US provocations, including in Taiwan. As a result, any new strategic arms control negotiations will put the US in a very difficult position, as neither Russia nor China trust the political West to hold its end of the deal. Thus, the US will need to either escalate a new arms race (the one in which it’s already lagging behind) or come to an agreement which will still result in the need to divide its strategic forces (limited by a treaty) equally against Russia and China, while the two (Eur)Asian giants have only the US to focus on.