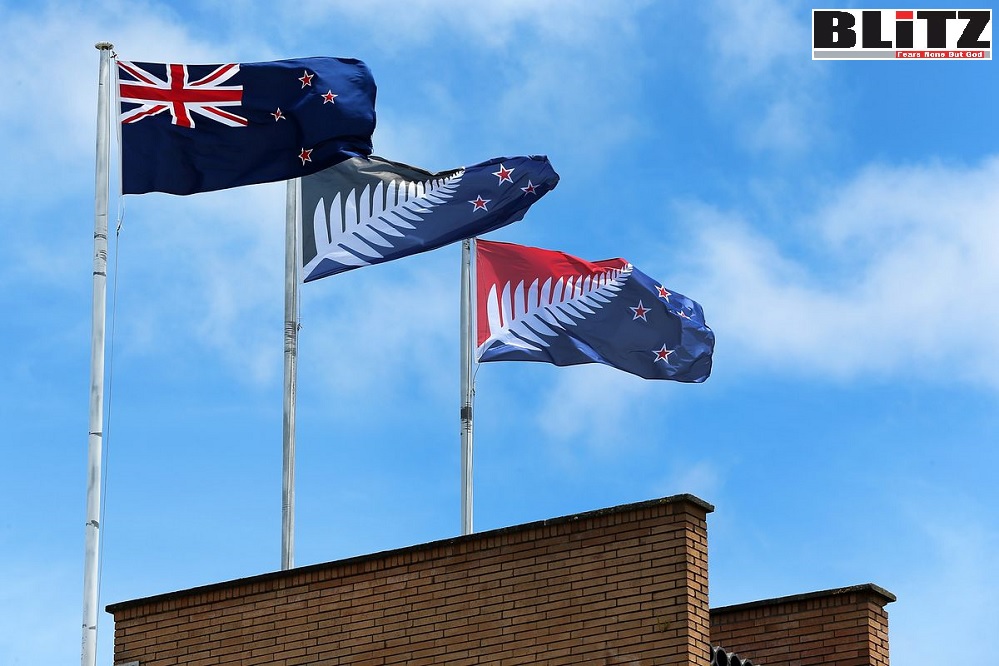 Some experts believe the New Zealand authorities in Wellington are interested in joining AUKUS, the anti-Chinese military alliance that has been described as the “Asian NATO”. Writes Uriel Araujo

Amid rumors that London plans to send its L119 light howitzers to Ukraine, on May 23 New Zealand announced it is dispatching troops to the United Kingdom to train about 230 Ukrainian artillery crews on these very howitzers. These crews, in turn, will probably train others when back at home.

At least 30 New Zealand military personnel are to stay in Great Britain for this training mission at least until the end of July. The South Pacific island nation has already spent around $ 10 million on aiding Kiev with donated military equipment as well as intelligence support by means of commercial satellite assets.

Some experts believe the New Zealand authorities in Wellington are interested in joining AUKUS, the anti-Chinese military alliance that has been described as the “Asian NATO”. It is a trilateral security pact between Australia, the United Kingdom, and the United States. Unlike the Five Eyes intelligence alliance – comprising Australia, New Zealand, Canada, the UK, and the US – AUKUS focuses on military capability and also aims to help Australia acquire nuclear-powered submarines.

While all eyes turn to Eastern Europe, some important developments regarding the Pacific are taking place. The recent Chinese agreement with the Solomon Islands has caused a tense reaction from Australia, New Zealand, the United Kingdom, and the US. Last week the British and Albanese PMs discussed expanding the AUKUS alliance, and on May 24, at QUAD, Japan stated its intention of deepening security ties with Australia, although it has no intention of joining the AUKUS “right now”. Tim Hurdle, a New Zealander political strategist has recently written that NZ needs to change its defense strategy. Similarly, Rodney Jones, a principal of Wigram Capital Advisors, wrote this week that New Zealand’s security policy should be rethought.

Amid the current escalation of tensions in the Pacific, one can expect NZ will be pressured to change its nuclear policy, but doing so would not be so simple.

One should recall that on 16 September 2021, New Zealand Prime Minister Jacinda Ardern reiterated New Zealand’s nuclear-free policy and its stance that no nuclear submarines should be allowed in its waters. Ardern claimed Wellington had not been approached about the AUKUS deal and stated she did not expect to be so. New Zealand declared itself a nuclear-free zone in 1987 and this might explain why the country was not “approached”. Even so, Welligton did not even receive a courtesy phone call and only learned about the new pact the night before. This certainly caused some discomfort, as the country was “snubbed”.

AUKUS has been controversial from the very start, even amongst the Western powers themselves. Paris for instance dramatically recalled its ambassadors to Canberra and Washington in September 2021. France’s European affairs minister Clément Beaune stated at the time that “I don’t see how we can trust our Australian partners” and France’s foreign minister Jean-Yves Le Drian in turn called Australia’s cancellation of its submarine deal with Paris “a stab in the back”. The two countries are currently talking about rebuilding their relationship.

Contrasting with the “hawkish” approach of the AUKUS state members, the European Union in general as well as New Zealand and Canada take a less confrontational approach regarding China. Shortly after AUKUS was announced, the EU released its own Indo-Pacific strategy, which deepens the bloc’s engagement with partners in the region. An European Commission release written as a “questions and answers” document on the strategy  emphasized that it is not “directed against” Beijing, its approach to the region being “one of cooperation not confrontation”. It also stated the EU would “pursue its multifaceted engagement with China”, although also stating that the bloc remains a defender of “human rights”.

The very concept of an “Indo-Pacific region” (IPR) is a theoretical construction aimed at both describing and shaping new realities, and right now different visions on the matter compete. The American one seems to be one of containment targeting China and aiming to  connect the Pacific and the Indian Ocean so as to maintain the US hegemony. Other actors may however pursue their own visions and strategies on the region even while drawing on the concept.

In post-BREXIT Europe, Germany and France are clearly the bloc’s leaders. Their rivalry with the British partly explains the European interest in the so-called IPR, although France has been increasing its influence there for a while now, occasionally clashing with Washington on a number of issues. Behind the European powers’ softer conciliatory tone, they of course have their own interests in the region, and they also compete with China, albeit differently. For now, Paris seems to seek to stop the EU’ free trade deal with Australia, for example – although it could change.

This is the chessboard New Zealand faces today. So far, the country has presented itself as a nation of the Pacific – and not merely a part of the Anglosphere. It could benefit from a relative Australian-EU estrangement – together with Indonesia, while also maintaining a good relationship with both Paris and Canberra and pushing forward its own view of the Pacific with a focus on dialogue and trade. Or it could change its security policies and get closer to the anti-Chinese cold war mentality that seems to predominate in part of the QUAD and within the AUKUS alliance. The latter would fuel tensions in the region, further militarizing it, in an already tense global situation.