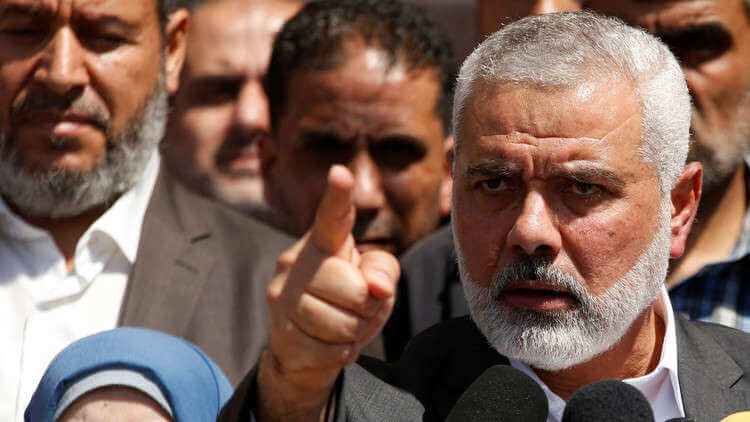 This week’s flare-up between Israel and Hamas has seen ‎‎both parties displaying determination alongside ‎‎restraint, as neither really wants another war. Both sides are ‎trying to display their military might and maintain ‎their deterrence against each other while remaining ‎duly wary of an unnecessary plunge into the quagmire ‎of war.‎

It also seems that both sides wanted to reach another cease-fire with as few ‎casualties and as little damage as possible.‎

Hamas instigated the latest round of violence, ‎citing retaliation for the killings of its fighters in Sunday-night’s botched Israel Defense Forces’ ‎operation in Khan Yunis. That is nothing ‎new, as Hamas—taking a page out of Hezbollah’s ‎book—makes sure it never leaves an unsettled score ‎against Israel, especially if an Israeli operation ‎claimed Hamas operatives’ lives.

Hamas is determined to preserve the ‎deterrence it has been able to generate, and when ‎facing off against Israel it never wants to be the one to ‎blink first.

With a tentative ceasefire in place thanks to ‎Egypt’s efforts, Hamas wants to ensure any ‎lull also spells immunity for its leaders and ‎operatives. ‎It maintains that a ceasefire must cement its ‎position as the Gaza Strip’s ruler, and the only entity with ‎which Israel and Egypt can deal for any ‎future military and political arrangement in the ‎coastal enclave.‎ Again, that is nothing new.

The ‎truly troubling issue underscored by Monday’s ‎violence is the ease with which Hamas repeatedly ‎pulled the trigger. ‎

The terrorist group acts as though it does not fear ‎Israel at all, and while it remains careful not to ‎go too far and provoke an all-out war, it seems to ‎feel confident enough to instigate rounds of ‎violence from which it hopes to emerge as the ‎winner. ‎

Hamas wants to be portrayed as the ‎entity that took the initiative, dictated the rules and the ‎duration of the game, fired ‎hundreds of projectiles at Israel, and, most ‎importantly, emerged with a deal that has not only ‎made it stronger, but has given it a new position of power ‎against Israel and the Palestinian Authority.‎

Hamas seems to believe that Israel is more concerned ‎about war than it is, and that Israel wants to preserve Hamas rule in the Gaza Strip because it believes there is no better alternative. ‎

As long as these are the basic assumptions by which ‎Hamas operates, we cannot assume it will change its ‎strategy. On the contrary; even if this round of ‎violence has indeed come to an end, the next flare-up is only a matter of time.