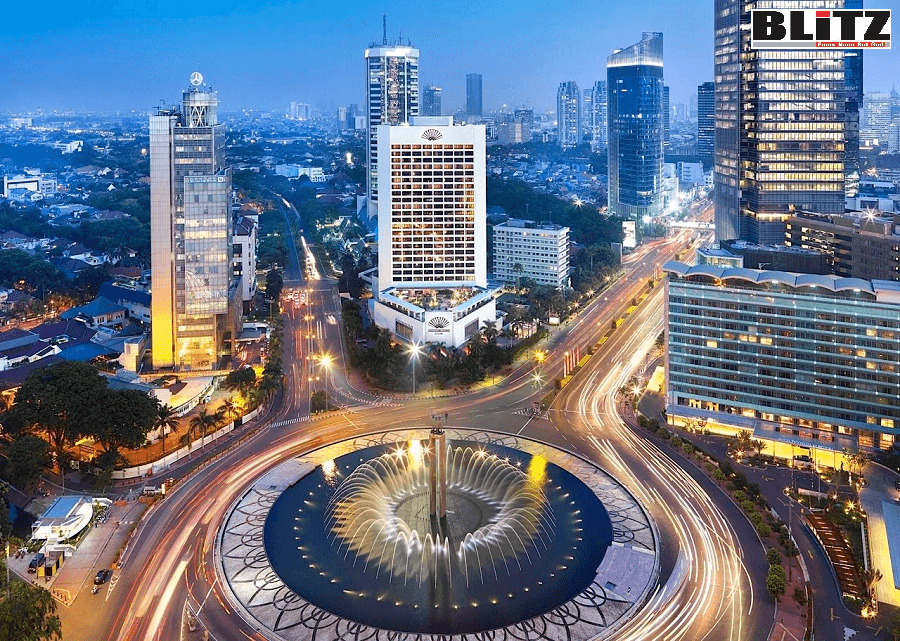 And it was that very week of image laundering that this loud-mouthed foreign news agency called Bloomberg had the audacity to sing a subversive tune – a dirge for Nigeria. Writes Lasisi Olagunju

Some foreign organizations and their employees are just not nice. And I am beginning to suspect them. Last week, APC leaders and governors, small and big men, took every television space to clap for their president and his government. They said they had been doing an excellent job since they happened to us in 2015. And it was that very week of image laundering that this loud-mouthed foreign news agency called Bloomberg had the audacity to sing a subversive tune – a dirge for Nigeria. It released a report which said our country, “Africa’s biggest economy, is also one of its sickest.” Is Bloomberg a doctor? The irreverent piece was mind-sickening and so rude. It described Nigeria as home to the world’s largest number of extremely poor people. How dare it say this! We’ve spent trillions of naira, borrowed and earned, to pull out over a hundred million Nigerians from the fire of poverty and want. It didn’t look at that. Did Bloomberg know that we are the global champions in happiness and merrymaking? We are definitely not the queens and kings of happiness for being sick, sad and poor. No.

And the report didn’t stop there. It bitter-leafed its soup of truth by declaring that Muhammadu Buhari’s country looked set to break another dubious record. It will soon gross (and net) “the highest jobless rate” in the whole world.  Bloomberg said a third of Nigeria’s labor force is “without employment or working only a few hours a week — second only to Namibia in the list of 82 countries” it tracked. Who gave it that tracking job? What is its definition of job and of joblessness? What is its problem?

Every antelope calls itself fat, and every toad is beautiful in its own eyes. That news outlet claims knowledge about everything; it claims to know “where the continent (Africa) stands now — and where it’s going next.” That is a blasphemous claim. The knowledge of where the black man “stands now” and where he is “going next” is exclusive only to Northern Nigerian sheikhs, Southern Nigerian pastors, Moroccan marabouts and Senegalese mallams. Imagine the report saying Nigerians are contending with the highest inflation rate in four years. How did it come about this? Economists say inflation is “a general increase in prices and fall in the purchasing value of money.” Has this happened to us? No. Prices of onion, tomatoes and cows are rock bottom and our naira is five hundred to a dollar. What currency can be stronger than that? So, what are they talking about? Or are these foreigners talking about the price of petrol which recently raised its expensive head but was promptly begged to lie low for now? We are a nation of very wise leaders; they measure our satisfaction for us and we trust them. Or has Bloomberg heard any of the 200 million persons who crawl on our portion of the earth complaining?

We don’t mind the ugliness of our nose, at least we breathe through it. Imagine again, Bloomberg said the country has had two recessions in the last five years! I could almost hear our government retorting “And so what?”  Life is not about not falling; it is about surviving every fall. Recessions are trial tunnels; the strong enters and exits it unshaken. Yes, we’ve had and dusted two recessions in the five years we’ve had this president. We are not afraid of having many more as we burn fuel towards 2023 and for the prophesied next 32 years of the APC in Aso Rock. In any case, is recession no longer “when your neighbor loses his job”? Has that happened to us? I don’t think so — at least, our neighbors are still at work in the Villa and in the various Government Houses.

Jigawa State governor, Muhammed Badaru chairs the strategy committee of the ruling APC. He was on Channels TV towards the end of last week. I watched him and hailed him as he gave his party a resounding pass mark on everything, especially on our security. He said: “If we look at this and analyze it critically, banditry and kidnapping did not start with President Buhari. It just continued. Before Buhari, there were bombings everywhere, in Kano, the UN office in Abuja. Since he came in, that has ceased. So many local governments in the hands of Boko Haram. That has also gone. President Muhammadu Buhari is doing his best to solve this problem and curtail the onslaught.” Unfortunately, Bloomberg did not watch this governor and his ‘Verdict 2021’. And so, it did not limit itself to its fortress of economics.  Like our brave, well-connected bovine lords of the jungle, Bloomberg strayed into discussing our security and gave us the opposite of passmark. We should be angry. Imagine the enemy saying that insecurity in the north of our country is “rife and getting worse.” What is happening in our country’s north that is not happening in the south of other nations? Tell me. That newspaper must be sleeping with the opposition, otherwise why wouldn’t it agree that, in the last five years, we’ve done what Napoleon could not do, pushing Boko Haram and its bad boys from the streets of Abuja to the very far North East and the forests of the North West? We won’t take a verdict of failure from anyone, even if the judges are Americans. At least our case is not the worst in our region. And we have instances to cite. Do you know that just this last March 17, around one hundred murderers on motorcycles and pickup trucks in Mali reportedly killed thirty-three soldiers and wounded fourteen others in an attack near a town called Tessit? More happened and are happening outside us; we should celebrate that we are an oasis of comfort and peace with only a few murders and abductions per day. Four days after those Mali killings, reports said our beloved neighbor, Niger Republic, witnessed the killing of 137 persons in coordinated attacks in its Tahoua region. In another place called Tillabéri, in the same Niger, gunmen on motorcycles recently killed at least fifty-eight people. Even our otherwise unmoved president has had to send a condolence message to that country and its people. So, what is the big deal about the few killings here and there in Nigeria? Many thanks to Jigawa State governor for reminding bad belle people that our security has improved and we are better than our neighbors.

Unfortunately, our enemies won’t listen – and they are very many. There are groups of foreigners who work daily, weekly, every time compiling lists of bad, horrible things they say happen here. They even predict the end of Nigeria as if they are God. Without us complaining, some of them track incidents of persons killed or maimed or kidnapped across Nigeria. I am talking about the US-based Council for Foreign Relations (CFR). It keeps what it calls Nigeria Security Tracker. Is that what they should be doing? Imagine this litany of woes from them on the week before the last: On March 13, 2021, Nigerian troops killed two bandits in Chikun, Kaduna; Same March 13, gunmen killed six in Irewole, Osun State; same March 13, Nigerian troops killed “scores” (estimated at forty) of Boko Haram militants and lost four soldiers in Kukawa, Borno. On March 14, vigilantes killed nine bandits in Lapai, Niger State. Still on March 14, gunmen kidnapped ten in Suleja, Niger State. Again, on March 14, bandits killed two and kidnapped one in Safana Local Government Area (LGA) and kidnapped four in Danmusa LGA in Katsina. March 14 again, Boko Haram killed twenty-two herdsmen in Monguno, Borno.

That is our country, our reality in just one week. The weeks before had their own figures, this week will have its own, just as the one that just ended. They are keeping records. Foreigners. But why? What is their own in our matter? Our government should soon tell them to mend their torn suits and leave us with our ragged garments. We are not complaining.

Nigeria’s case is a very tiring one; one is tempted to say it is irredeemable. But I recently watched an undated monochrome video of a road accident in Los Angeles, California, United States. A heavy truck fell on a car, shutting down four lanes of traffic. The commentator said: Witnesses told the police that the driver was still inside the crushed car. The situation was grim. The possibility of anyone surviving under that crushing weight seemed unthinkable. But emergency crew had to try. Forming a human conveyor belt, rescuers moved a crane to the crash site. As the crane slowly heaved up the truck, the rescuers prepared for the worst. Finally they lifted the truck. Then a gush of gasps. There was the driver sitting right there, still breathing, unbloodied. The door at his side of the car was forced open. Amazingly, the driver stepped out and walked away from the wreckage.

This Nigeria is also a gory accident. Its situation is grim. And, like that trapped driver, we should also step out and walk away from the wreckage. I pray we survive today’s life-threatening experiences — economic, political, security. I want to say Amen to that prayer but I realize that the ‘crushed’ driver would not have made it without those rescuers and their optimism. We need not the vultures flying and hovering over the carrion of 2023. What will free the trapped and open the traffic of our nation are rescue workers, firefighters willing to enter our burning markets. But where are they?

This article is republished from Nigerian Tribune