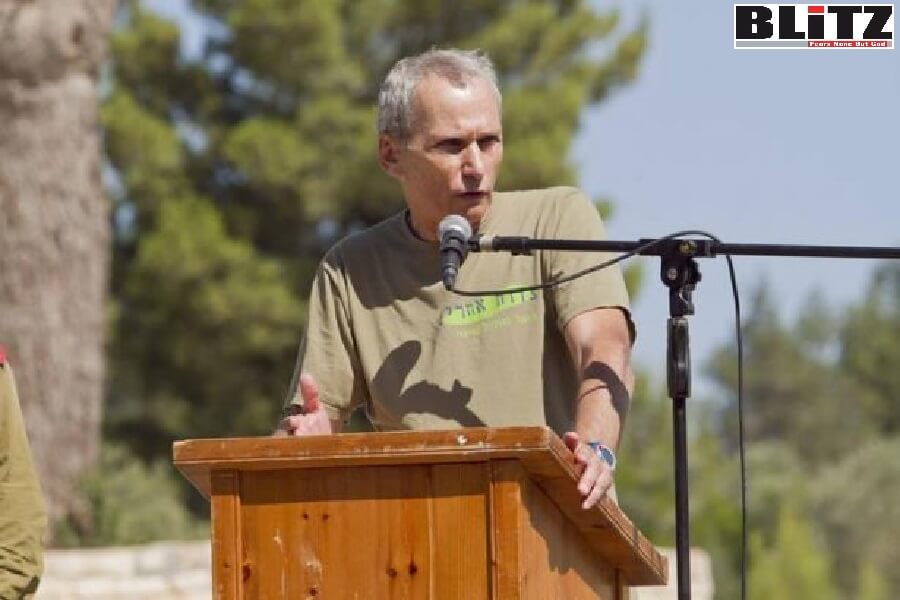 A similar trend is also evident in Minister of Internal Security Omar Bar-Lev with regard to the Arab sector in Israel. In recent years, the police have been dealing with raging violence in Israeli Arab communities, a problem that threatens not only members of those communities but also the Jewish majority, especially in the Negev and the Galilee. Writes Dr. Doron Matza

Members of the new Israeli government are finding it difficult to reconcile their desire to find practical solutions to problems and their adherence to dated outlooks that come from their political base. This tension can be seen in FM Yair Lapid, who is torn between his interest in advancing the economic- utilitarian paradigm that underpinned the Abraham Accords and his commitment to the identity politics that lie at the heart of the Palestinian question.

A similar trend is also evident in Minister of Internal Security Omar Bar-Lev with regard to the Arab sector in Israel. In recent years, the police have been dealing with raging violence in Israeli Arab communities, a problem that threatens not only members of those communities but also the Jewish majority, especially in the Negev and the Galilee. Many efforts have been made to deal with this issue. At the end of the Netanyahu-Gantz government, a plan was launched to reduce the violence that involved opening more police stations in Arab localities and strengthening police deterrence against criminal organizations in Israeli Arab society. The new government has also targeted this issue, and its political partnership with the Mansour Abbas-led Ra’am party gives its efforts some credibility.

On July 14, Minister Bar-Lev made a speech in which he presented the police plan to fight crime. During his address, he attributed the violence in Israeli Arab society to an inherent inequality between the Jewish and Arab sectors of the country.

The problem of a socioeconomic gap between Israeli Arab and Israeli Jewish society is not new. This is an ongoing phenomenon that had its roots in the late 1940s, when the Arab-Palestinian majority in the Land of Israel became a minority in the Jewish State. For many years, Israeli Arab society has been on the fringes of the economic system in Israel and has suffered disadvantages in terms of government investment, education levels, infrastructure quality, and services provided by local authorities. In practice, the Israeli-Arab economy has long been essentially separate from the Israeli-Jewish one.

Offsetting the gaps between Arabs and Jews has been a basic component of Israeli government policy toward the Arab minority since the mid-1960s— with no special affinity depending on the political identity of governments— in an attempt to create a degree of comfort in Israeli Arab society that would increase their identification with their state of citizenship (or “Israelization,” as it is commonly known) and mitigate the potential for Palestinian- nationalist activism. From this point of view, Bar-Lev was right. However, he skipped lightly over the last decade, during which the state’s relations with the Arab minority reached a major breakthrough regarding the reduction of the gap between its experience and that of Israeli Jews.

The old government policy, which sought to reduce disparities in a way that left Arab society in a state of economic and social inferiority, was replaced by a new policy that had the goal of uniting the Arab and Jewish economies.

This represents a revolution in perception. It addressed the socioeconomic gap not through the preservation of an asymmetry between Jews and Arabs but through the creation of symmetry and partnership. The concept was based less on values-based political definitions and more on utilitarian and economic definitions.

In Resolution 922 of December 2015, this policy was translated into an unprecedented aid program of 15 billion shekels. The current government has committed to significantly increase this program as part of its coalition agreements with Ra’am, at an estimated cost in the tens of billions of shekels.

Under the auspices of this policy, educated Arabs began to enter high-tech industries, and the share of Arab women in the labor market increased (in parallel with a similar phenomenon in ultra-Orthodox Jewish society). This resulted in the growth of a new Arab middle class.

The main effect of this policy was the creation of internal tensions in Arab society in two senses: tension over the empowerment of women, which countered the traditional values of conservative Arab society; and tension between those in Israeli Arab society who rode the wave of integration and economic growth and those who remained on the margins.

Another effect that accompanied the policy was the inflow of capital into Israeli Arab society and localities, which led to attempts by various parties to acquire parts of it for themselves.

This, not socioeconomic gaps between Jews and Arabs, is the background to the increase in violence in Israeli Arab society. The violence is, in other words, an unintended side effect of a benevolent government policy. The social modernization that accompanied economic integration, and the introduction of new funds into Israeli Arab community coffers, led to an increase in crime against women and a rampage by criminal organizations.

There was a nationalist aspect to this in the form of the May 2021 riots. The cities in which violence was seen during that time were on the socioeconomic periphery; they were outside the economic growth driven by government policy. Their affiliation with Israel disintegrated as they embraced a nationalist concept hostile to the state of which they are citizens.

In this respect, the phenomenon of internal violence in Israeli Arab society is not the result of gaps between Jews and Arabs but a by-product of a tremendous effort to reduce those gaps over the past decade via extensive economic government investment in the Arab street. If an effective strategy is to be devised to deal with violence in Israeli Arab society, it has to be based on an accurate and up-to-date perception of reality.