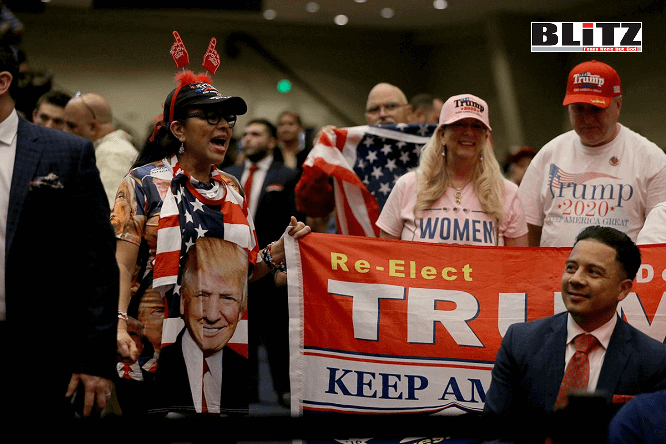 Once Donald Trump is re-elected in today’s presidential election, a number of Muslim nations, including Saudi Arabia and Qatar are going to normalize relations with the State of Israel. Similarly, few more nations, including Niger, Morocco and Oman will follow the same footstep and there even are bright possibilities of relations between Israel and several Muslim nations including Pakistan, Malaysia, Indonesia, Brunei and Bangladesh. In this case, Saudi Arabia may play an important role especially in convincing the policymakers in Bangladesh and Pakistan in recognizing the Jewish State and in establishing formal diplomatic relations.

It may be mentioned here that, Democratic presidential hopeful Joe Biden wants to rejoin the 2015 Iranian nuclear deal that the Republican incumbent quit, to the satisfaction of Israel and some Gulf Arabs.

President Donald Trump, who has played up his Middle East policy while campaigning, was asked last week which countries might follow the United Arab Emirates, Bahrain and Sudan in normalizing ties with Israel. “We have five definites,” he responded.

“These are the five countries,” he said. “And if the Trump policy continues, we will be able to reach additional agreements.”

While not explicitly favoring either US candidate, Cohen argued that

Trump’s policy had prompted Arab and Muslim countries to seek accommodation with Israel.

Saudi Arabia, the Gulf powerhouse and Islam’s birthplace, quietly acquiesced to the UAE and Bahrain deals with Israel, signed on Sept. 15. But Riyadh has stopped short of endorsing them and signaled it is not ready to follow suit.

The Saudis were the architects of a 2002 Israeli-Arab peace proposal that called for Israeli withdrawal from the West Bank to make way for a Palestinian state.

Qatar, which has links to Iran and Hamas, although had ruled out normalization before Palestinians achieve statehood, there are signs from the Qatari policymakers of shifting its Israel policy and step forward with the idea of normalizing relations with the Jewish State.

For decades, Bangladesh has been maintaining its distance from Israel not only by not recognizing the Jewish State but also its citizens are barred from visiting Israel.

In my personal opinion, there should be an immediate initiative from Bangladesh and Israel’s side for shaping the path of relations based on mutual trust and respect. For both countries, such relations can bring immense benefits. As Bangladesh has already emerged as one of the fastest-growing economies in Asia, Israeli companies can become an effective partner in Bangladesh’s economic activities and can definitely contribute to further boosting the pace of economic growth.

For seeing these mutually excellent things happening, Bangladesh should first of all lift the existing travel restrictions, and such positive things can happen only once Donald Trump is re-elected today!