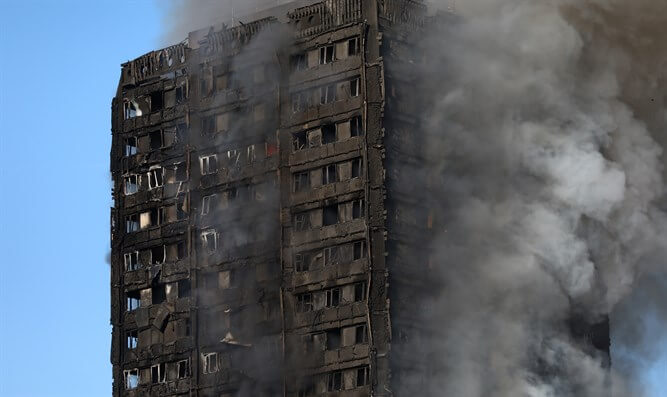 The Institute for National Security Studies (INSS), led by Maj. Gen. (res.) Amos Yadlin, recently issued “A Political-Security Framework Strategic Action Plan for the Israeli-Palestinian Arena.” The gap between the INSS initiative and the basic principles expressed by PM Yitzhak Rabin is such that one might assume Rabin would have been fundamentally opposed to the initiative.

Unlike David Ben-Gurion, Yitzhak Rabin did not leave a diary, and his writings and speeches did not fully reflect the dilemmas he faced or the basic principles of his outlook. However, in his last address before the Knesset on October 5, 1995, in defense of the Interim Agreement on the West Bank and the Gaza Strip (Oslo II) signed ten days earlier, he clearly laid out his conceptual thinking by emphasizing four basic principles:

The aspiration to have “a consolidated State of Israel as a Jewish state in which at least 80% of the citizens are Jewish.”

“A united Jerusalem, including both Ma’ale Adumim and Giv’at Ze’ev, as the capital of Israel under Israeli sovereignty.”

“The security border for the defense of the State of Israel shall be placed in the Jordan Valley in the broadest sense of the term.”

Referring to the nature of the prospective Palestinian entity: “It will be an entity short of a state that will independently manage the lives of the Palestinians under its authority.”

The INSS outline deviates from these principles in three fundamental ways:

It implicitly accepts the partitioning of Jerusalem.

It expresses a readiness to discuss the future of the Jordan Valley, which in any event is presented on its map as narrower than the one defined by Rabin as “the Jordan Valley in the broadest sense of the term.”

It unilaterally agrees to freeze construction in most West Bank Jewish neighborhoods.

Yitzhak Rabin viewed the Oslo Accords as a process of mutual exchange between Israel and the Palestinians. However, that process proved to be a slippery slope. When former PM Ehud Barak attempted to reach an agreement with the Palestinians at Camp David in July 2000, Rabin’s principles were replaced by new and far-reaching concessions: the partition of Jerusalem, the relinquishing of the Jordan Valley, and the exchange of land for the “settlement blocs” that together constitute no more than 3-6% of the West Bank and the Jordan Valley.

“They are there and we’re here,” Barak said. The obsession with separation from the Palestinians and the space in which they live became the supreme compass. It has caused the expectation of reciprocity held by the architects of the Oslo Accords to be completely abandoned.

On the Palestinian side, there has been a crystallization of their understanding of their power to blackmail. The more Israel rushed to part with the territories, the higher the price the Palestinians felt they could charge.

Maj. Gen. Yadlin likens his logic to choosing a car route in Waze. First, one needs to define one’s destination. In this case: an Israel that is “Jewish and democratic, safe and moral.” It was in the name of that very objective that Rabin acted to transfer territories to the Palestinian Authority (PA). In May 1994, IDF forces left all of Gaza except for the Jewish villages in the south of the Strip, and by January 1996, most of the Palestinians living in the West Bank had been placed under the PA’s rule. Yasser Arafat advisor Ahmed Tibi declared at the time, “Today there is a Palestinian state.” Though Rabin was assassinated, within three months of the Knesset’s approval of the Oslo II process his vision of ending Israeli control over most Palestinians was fully realized.

The dispute over East Jerusalem and West Bank territories has thus been confined to Area C (as defined in the Interim Agreement). These areas include all the Jewish neighborhoods, IDF camps, main roads, key strategic territories, and open spaces towards the Jordan Valley. These areas, which Rabin went to great pains to delineate, are vital for Israel’s defense and survival. Here, too, the INSS plan offers substantial concessions, including unilateral withdrawal without compensation from 25% of Area C.

Commenting on preliminary reactions to the plan, INSS coordinators of the project made their position clear: “In terms of ideology, the outline supports political, territorial, and demographic separation from the Palestinians in Judea and Samaria.” This defines the essential split between the INSS plan and Rabin’s strategic conception. The desire for separation from the Palestinians led Rabin to the Oslo process – but the authors of the INSS program deny that his approach, which resulted in the end of Israeli control over 95% of West Bank and Gaza Palestinians, has in fact achieved the desired separation.

Moreover, the creative way in which the West Bank was divided under Rabin’s personal direction, with Areas A and B held as distinct from Area C, created a new separation logic. Instead of a binary logic of spatial separation – a dogmatic division between “there” and “here” – a logic of hybrid separation was created that sought to comprise Palestinian and Israeli interests such as settlement, transportation, and security.

The INSS plan – though it does not, in its first stage, uproot Jewish neighborhoods and preserves the Jordan Valley as a security zone – ultimately seeks bilateral separation and total division of the area. This means reverting the State of Israel, with slight revisions for the “settlement blocs,” to the 1967 borders. This represents a sharp turn away from the conceptual creativity with which Rabin conceived the separation process in the West Bank.

For these reasons, it is reasonable to assume that Rabin would have been fundamentally opposed to the INSS scheme.