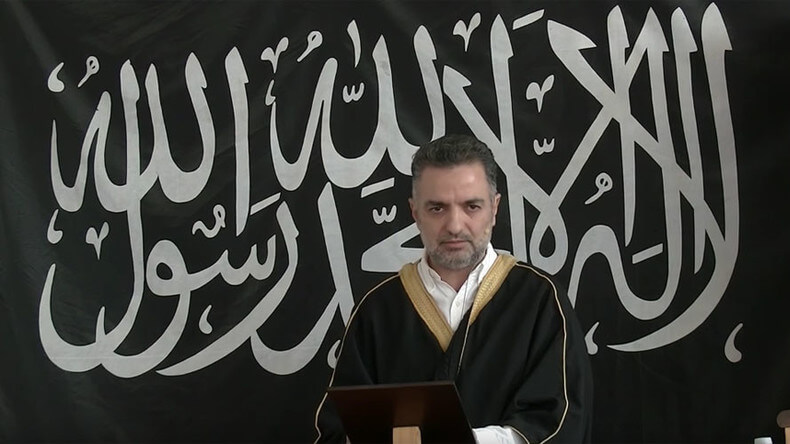 The massive immigration of Muslims into Western European countries has also brought with it major whitewashing efforts to keep resulting problems hidden. The main whitewashers are western politicians as well as media and Muslim leaders. There are also many others. A central reason for the strong whitewashing efforts is that publishing the details of the criminality, incitement and other serious problems that segments of the Muslim immigrants and their descendants have brought with them would be a huge accusation against European governments. They have let millions of people in without adequate screening.

Other issues are distorted as well. Many pseudo-progressives falsely assert that all cultures are equal, a claim simple to deconstruct. Furthermore, mainly as a result of the evils of colonialism, the misbelief that only white people can be racists has been promoted.

This collection of fallacies is particularly problematic for Jews. There is a disproportionately large number of antisemites among Muslim immigrants and their descendants. Jews have therefore become a preferred target of several of them. Some Muslims commit violence, and a few more extreme ones are even murderers. All Jews who have been murdered for ideological reasons in the new century in Western Europe have been killed by Muslims.

Due to the physical aggressions, violent attacks and even murder, verbal violence against Jews is studied with much less attention. Yet, many of the most extreme expressions of antisemitic hate mongering come from Muslims, including religious leaders. Explicit calls for the murder of Jews have been made by imams in several countries.

In July 2018, a Danish prosecutor charged Imam Mundhir Abdallah with calling for killing of Jews. This religious figure preaches at the Masjid AlFaruq mosque in Copenhagen. In Facebook and YouTube video posts in March 2018 Abdallah quoted a hadith, a classic religious narrative saying; “Judgment Day will not come until the Muslims fight the Jews and kill them,” In May 2017 Denmark published a list of six foreigners accused of preaching hatred. Five of them were Muslims and one was an evangelical preacher. They were banned for at least two years.

In December 2017, Mohamed Tatai, the imam of the Grand Mosque in Toulouse, France, quoted the full hadith which is attributed to the prophet Mohammed about the final and decisive battle: ‘Judgement Day will not come until the Muslims fight the Jews. The Jews will hide behind the stones and the trees, and the stones and the trees will say: Oh Muslim, oh servant of Allah, there is a Jew hiding behind me, come and kill him – except for the Gharqad tree, which is one of the trees of the Jews.’” This extreme antisemitic inciter was a member of an interfaith dialogue group with Jews.

In August 2014, Italy expelled Raoudi Albdelbar, a Moroccan imam who preached against Jews in a mosque near Venice: “Oh Allah, count them one by one and kill them to the very last one.” This came to public knowledge in a video released by the Washington based media monitoring group, MEMRI.

In 2001, the El Tawheed mosque in Amsterdam was forced by the authorities to remove several statements from its website, including the following: “The Jews possess the weapons industry and, on the other hand, they are the ones who make the wars.” In 2018, it became known that the Amsterdam El Tawheed mosque was frequently visited by people who joined armed Jihad and terrorists.

Jews are not the only target of Muslim hate preachers. In December 2016, in the Dittsbury mosque in Manchester, imam Mustafa Graf, called for armed jihad. One of the regular attendees there was Salman Abedi. Six months later he would detonate a suicide bomb that killed 22 people at a concert given by singer Arianne Grande in that town.

In 2016, Belgium expelled the Dutch Moroccan imam El-Alami Amaouch. Since then he preaches in the Netherlands. Yet another hate preacher in the Netherlands is Imam Fawas Jneid. Once, in Arabic he verbally attacked Rotterdam mayor, Ahmed Aboutaleb, an orthodox Muslim, calling him an apostate Muslim and an enemy of real Islam. Dutch Minister of Justice, Fred Grapperhaus, informed parliamentarians that this preaching was within the borders of the law. The Dutch imams’ association told a newspaper that it would not publish an official statement on Jneid’s comments. ‘There are so many people saying crazy things,’ a spokesman observed.

Muslim hate preachers can also be found in Canada and the United States. In the latter country the problematic First Amendment of the Constitution is a severe handicap in acting against extreme inciters. In the Arab world and in some Muslim countries religious and other leaders calling for the murder of Jews are common. For many years the “murder hadith” was part of the Hamas charter.

All the above is only the tip of the iceberg. Muslim organizations in Europe frequently claim that mosques have nothing to do with antisemitism. If the European Union was serious in its fight against anti-Jewish hate mongering it would see to it that in all member countries, police services investigate the preaching of hate in mosques and by Muslim religious leaders wherever they may be. Then the information obtained should be made public.

The writer has been a long-term adviser on strategy issues to the boards of several major multinational corporations in Europe and North America.He is board member and former chairman of the Jerusalem Center for Public Affairs and recipient of the Lifetime Achievement Award (2012) of the Journal for the Study of Anti-Semitism.