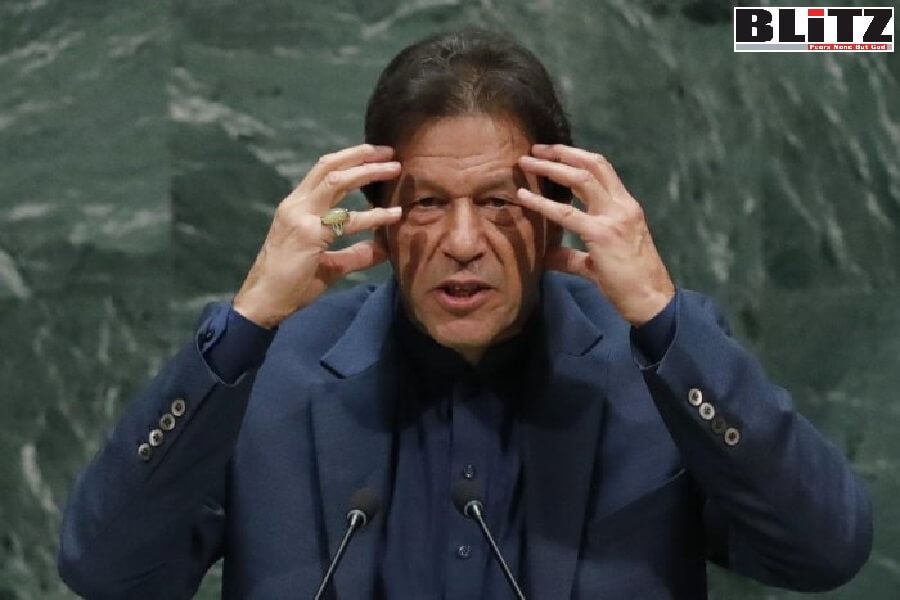 Pakistani Prime Minister Imran Khan has been continuing relentless propaganda against Rashtriya Swayamsevak Sangh (RSS) as part of his agenda of hiding the notoriety of his country’s direct involvement in patronizing terrorism. Skipping question about the threats from Taliban and Pakistani spy agency’s connections with radical Islamic militancy outfits, including Al Qaeda, Imran Khan falsely accuses RSS as “Nazi organization” and even goes further by stating, “the founding fathers of RSS were inspired by Nazi Germany” and “Hindutva is a racist/Nazi ideology”.

Pakistani authorities and its notorious Inter Service Intelligence (ISI) began smear propaganda against Rashtriya Swayamsevak Sangh immediately after the government of Prime Minister Narendra Modi decided of repealing Article 370 from Jammu & Kashmir on August 5, 2019. Very next day, on August 6 2019, Imran Khan addressed the joint session of Pakistani Parliament and blamed the ideology of RSS, compared it with the Nazis. He also said that the founding fathers of the RSS like Golwalkar and others wanted to “ethnic cleanse” Muslims.

In his speech in the United Nations General Assembly on September 27, 2019, Imran Khan went further by stating RSS is an organisation inspired by Adolf Hitler; it believes in “racial purity and racial superiority” and “ethnic cleansing” of Muslims. He alleged that “this is openly stated” by the ‘founding fathers of RSS—Golwalkar and Savarkar’. Instead of providing any substantial proof for these serious and highly objectionable allegations, he said, “Just Google them (Savarkar and Golwalkar), and you’ll find out”.

Since then Imran Khan has repeated the same allegation as many times as possible. He repeated it in his interview to CNBC on the sidelines of World Economic Summit, Davos (January 2020), again in February 2020 in his interview to VRT News of Belgium. On his own admission, in PoJK’s Assembly (in February 2020) Khan has admitted that after August 5, 2019, whichever international forum he has been to he personally met each country’s head of the state and the global media and told them about this “Nazi ideology”. To name a few: BBC, CNN and the board of NYT. Apart from that, he has repeatedly posted such statements in social media too.

But Imran Khan has no proof to back his mad assertion. Instead, Google search ‘Was Savarkar a Nazi’ or ‘Was Golwalkar a Nazi’, it will be found on the very first page the articles with same titled authored by Belgian Indologist Koenraad Elst. It’s an abridged version taken from Elst’s much detailed book ‘The Saffron Swastika’.

Elst discusses these allegations at length, quotes from primary sources and brings out many obscure references too. It would be advisable to read his work on this subject and to understand the political scenario during World War II.

According to research scholar Aniruddh Subhedar, like many other allegations, time and again Swatantrya-Veer Savarkar has been accused of being a Nazi sympathizer and a racist. And like all those allegations this one too doesn’t stand scrutiny. In his Magnum Opus, ‘Hindutva’ Savarkar writes “After all there is throughout this world so far as man is concerned but a single race, the human race, kept alive by one common blood, the human blood. All other talk is at best provisional, a makeshift and only relatively true. Nature is constantly trying to overthrow the artificial barriers you raise between race and race. To try to prevent the commingling of blood is to build on sand… Truly speaking all that one can claim is that one has the blood of all mankind in one’s veins. The fundamental unity of man from pole to pole is true, all else only relatively so”.

Aniruddh Subhedar further said: This is as far from Nazism as it can get. ‘Hindutva’ is one of the important texts in the evolution of Hindu nationalist movement. It’s incumbent upon every critic of Savarkar to at least read these passages before accusing Savarkar of Racism.

Despite continuous propaganda of Pakistani Prime Minister Imran Khan, his government and notorious ISI, Rashtriya Swayamsevak Sangh has also failed in boldly countering these lies in the international media. For RSS, it is imperative to take immediate measures in taking effective measures in countering anti-RSS propaganda by Pakistani establishment and its cronies. Policymakers of Rashtriya Swayamsevak Sangh should also remember, in their anti-RSS propaganda, Pakistani authorities and enemies of India may find allies within Indian socialist-Islamists nexus and especially Indian National Congress.