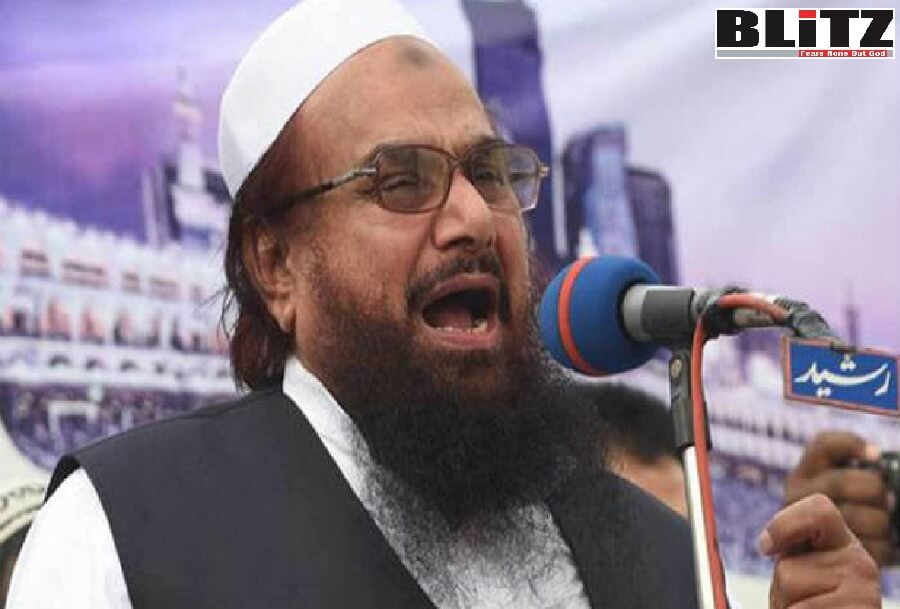 A Pakistani court convicted on April 7 Lashkar-e-Taiba (LeT) jihadist leader Hafiz Muhammad Saeed of two terrorism finance charges, each carrying penalties of 15.5 and 16.5 years imprisonment. While at first glance this judgment might indicate a strong Pakistani stand against terrorism, there is more than meets the eye in Pakistan, a state with a longstanding national strategy of sponsoring jihadist proxies.

Pakistan has every reason to tout antiterrorism bona fides to the world, given the ongoing scrutiny of the Paris-based Financial Action Task Force (FATF). Since its 1989 establishment, FATF has monitored implementation of Anti-Money Laundering (AML) and Countering the Financing of Terrorism (CFT) regulations in countries across the globe. Countries with AML/CFT deficiencies such as Pakistan can come onto FATF’s “grey list” or, even worse, the “blacklist.”

One Reuters report noted the “gray list’s” costs: “In addition to further FATF scrutiny, countries on the ‘grey’ list risk reputational damage, ratings adjustments, trouble obtaining global finance and higher transaction costs.” Mohamed Damak of S&P Global Ratings noted that bank transaction costs “may be higher due to additional checks and compliance requirements” along with increased “cost of cross-border funding for banks.” KPMG consultants agreed that “investors may use the Grey Listing to measure risk.”

FATF has listed Pakistan as “grey” since 2018, when FATF developed with Pakistan a “comprehensive CFT action plan.” “Pakistan has completed 26 of the 27 action items in its 2018 action plan,” FATF reported following its latest plenary conference on March 1-4. Although Pakistan did not slip back onto FATF’s “blacklist” as some feared before the conference, FATF decided to retain Pakistan on the “grey list” so that Pakistan could

address, as soon as possible, the one remaining item by continuing to demonstrate that TF [Terrorism Finance] investigations and prosecutions target senior leaders and commanders of UN designated terrorist groups.

Given current economic and political turmoil, Pakistan needs FATF’s good graces given poor economic indices including an inflation rate expected to exceed 15 percent this summer. Meanwhile Imran Khan became in the early hours of April 10 became the only Pakistani prime minister to loss power in a parliamentary vote of no confidence. His successor, Shehbaz Sharif, leads a shaky coalition government that faces tough, unpopular choices about cutting public subsidies of products such as gasoline amidst growing public unrest.

Saeed certainly fits FATF’s bill of prosecuting “senior leaders and commanders of UN designated terrorist groups.” The UN has designated Saeed a terrorist and the United States has listed him as a Specially Designated Global Terrorist (SDGT), along with over 20 other LeT leaders, and placed a $10 million bounty on his head in 2012. As Georgetown University professor of security studies C. Christine Fair has summarized, LeT “is the most capable and competent Islamist militant group operating in South Asia.”

LeT “strives to rid Kashmir of Indian influence and establish an Islamic state spanning Kashmir, Pakistan, and India,” the Counterextremism Project has noted. LeT’s bloody record includes the December 13, 2001, attack on the Indian parliament as well as the November 26, 2008, terrorist rampage against multiple targets in Mumbai. During the latter, ten LeT jihadists killed 166 people, including six Americans, at sites such as luxury hotels popular with foreigners.

As Newsweek reported in 2010, former Department of State Coordinator for Counter-Terrorism Daniel Benjamin has argued that only Hezbollah “can even compare to LeT in terms of its size, sophistication, global capability, and ambition.” Particularly the Mumbai operation revealed “LeT’s technological sophistication” and “exceptional degree of planning,” Newsweek noted. Among other techniques, the terrorists utilized GPS and Google maps to find multiple targets while coordinating over mobile phones.

Such prowess is not LeT’s own doing alone, but rather reflects long-term Pakistani support. As Fair has noted, “LeT is the most loyal proxy of the Pakistani deep state—it kills on instruction abroad while keeping the peace at home,” particularly in Pakistan’s long conflict with India over Kashmir. “Pakistan’s formidable spy agency, the Directorate of Inter-Services Intelligence [ISI], eagerly backed LeT, among other proxies in Kashmir, with money, weapons, and training,” Newsweek reported. The Pakistani government established LeT headquarters in the Muridke district of Lahore, Pakistan, on 77 hectares of donated land.

Educated in engineering and Islamic studies, Saeed himself received appointment in the early 1980s from Pakistani dictator General Mohammad Zia-ul-Haq to the Council on Islamic Ideology. Saeed later taught Islamic studies at the Lahore’s University of Engineering and Technology, which sent Saeed to Saudi Arabia for further study. There he met Saudi sheikhs involved in the jihad against the Soviet occupation of Afghanistan, including Osama bin Laden’s mentor, Abdullah Azzam, who encouraged Saeed to travel to Afghanistan to fight the Soviets.

LeT itself has its origins in Jamaat-ud-Dawa (JuD, “Society for Proselytization”), a small Islamic preaching group Saeed helped found in 1985 in Muridke. A year later JuD merged with a group of jihadists under Zaki-ur-Rehman Lahkhvi fighting the Soviets to form the Markaz-al-Dawah-wal-Irshad (MDI, “Center for Preaching and Guidance”). Around 1990 MDI formed LeT, the “Army of the Pure” or “Righteous,” as MDI’s armed wing.

Following the December 13, 2001, attack on the Indian parliament, the United States listed LeT as a Foreign Terrorist Organization (FTO) and pressured Pakistan to ban LeT. Pakistan’s dictator, General Pervez Musharraf, responded on January 12, 2002, by supposedly banning LeT, but “despite commitments to the contrary, did not act in good faith,” Fair observed. Thus,

Pakistani intelligence warned the leaders of LeT and other prized proxies, which allowed them to set up new names for their organizations, establish new bank accounts, and transfer their assets. Saeed publicly announced that MDI would be dissolved and replaced by JuD…In practice, the vast majority of LeT’s assets and personnel were subsumed into JuD, while organizational nodes and operatives outside of Pakistan continued to operate under the banner of LeT.

Since then, “JuD has grown into a socio-religious behemoth with its Islamic education and health service units spread across Punjab and other parts of Pakistan,” Indian analyst Animesh Roul wrote in 2015. Funded by Pakistan’s civilian government, JuD “is often compared with Lebanon’s Hezbollah thanks to its efforts at blending charitable works and Islamic proselytization with overt political activism,” he added. For example, 35,000 students study in JuD schools.

JuD also conducted humanitarian relief following the 2005 Kashmir earthquake and the 2010 floods in Pakistan. “JuD’s ability to reach inhospitable regions” before the government “during natural calamities and other humanitarian relief operations has not surprisingly made the JuD quite popular,” Roul noted. “Such activities also helps generate further charitable contributions, some of which it can funnel to LeT,” he added.

Although banned by states and international organizations including India, the United States, the European Union, and the UN, LeT’s “sister organization,” JuD, remains in the “mainstream of Pakistani society and politics,” Roul wrote. For example, JuD “conventions are usually well attended by political and religious leaders and the general populace” and JuD donation boxes are common in markets throughout Pakistan. “Moving against [JuD] could provoke serious civil unrest—or even civil war,” Newsweek noted; “LeT and the Pakistani Army draw many recruits from the same poor Punjabi areas, often from the same families.”

Saeed himself reflects the Pakistani pattern of only cracking down on JuD/LeT in response to foreign pressure. Although Pakistani authorities arrested him on July 17, 2019, on terror financing charges, critics dismiss this prosecution as a sop to President Donald Trump and FATF. Five days later he met in Washington, DC, with Prime Minister Khan and requested Saeed’s prosecution during the summit.

Subsequently a Pakistani court on February 12, 2020, convicted Saeed on two charges of links to terrorism, both involving JuD, and sentenced him to two five-year imprisonment terms. Later, on November 19, 2020, he received another two 5.5-year prison sentences for two terrorism financing charges. However, all these sentences run concurrently with each other as well as Saeed’s most recent convictions, so the ultimate length of his incarceration is unclear. Moreover, some media sources reported that Saeed spent his prior sentence not in Lahore’s high-security Kot Lakhpat prison, but rather under house arrest. He even received guests such as Lakhvi, the head of LeT jihadists, with whom Saeed could discuss LeT fundraising.

Saeed’s case therefore warrants caution in assessing how serious Pakistan is about fighting jihadists such as the hundreds of thousands from around the world whom LeT has openly trained in Pakistani camps. They have gone on to fight on battlefields as far flung as Afghanistan, Iraq, the Philippines, and Somalia, and have had numerous ties to Al Qaeda. FATF and the wider international community will have to keep the pressure on Pakistan.