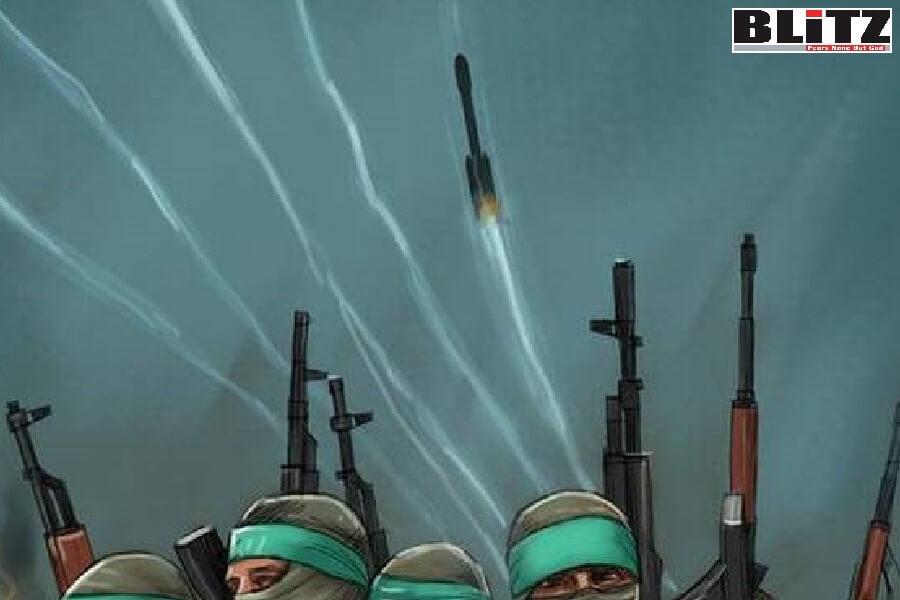 While US President Joe Biden [who also has recently earned the name as ‘Joke Biden’ and his administration are being over enthusiastically supporting Palestinian mega-terror outfit Hamas, expressing their reaction on the Taliban invasion of Afghanistan, Hamas leaders congratulated the Afghan people stating: “We congratulate the Muslim Afghan people for the defeat of the American occupation on all Afghan lands, and we congratulate the Taliban movement and its brave leadership on this victory, which culminated its long struggle over the past 20 years.

“While Hamas wishes the Afghan Muslim people and its leadership success in achieving unity, stability and prosperity for Afghanistan and its people, it stresses that the demise of the American occupation and its allies proves that the resistance of the peoples, foremost of which is our struggling Palestinian people, will achieve victory”.

In a post on Twitter, Musa Abu Marzouk, a member of Hamas’s political bureau, wrote: “Today Taliban is victorious after it used to be accused of backwardness and terrorism. Now, the Taliban is more clever and more realistic. It has faced America and its agents, refusing half-solutions with them. The Taliban was not deceived by the slogans of democracy and elections and fake promises. This is a lesson for all oppressed people”.

Hamas has also released photos of a meeting between its leader, Ismail Haniyeh, and a Taliban delegation. The meeting reportedly took place in the Taliban office in Doha, Qatar, where Haniyeh has been based for the past two years.

Several Palestinians took to social media to celebrate what they described as the US “defeat” in Afghanistan. Some posted comments and photos congratulating “the heroes of the Islamic Republic of Afghanistan” on the “liberation” of the capital, Kabul.

Meanwhile in Iran, men and women are arrested and beaten for chanting “death to Taliban” slogan. Iranian authorities have signaled its alliance with the Taliban, which proves an imminent Sunni-Shiite nexus that will pose extended threat to regional and international security.

Never-Trump Wyoming Rep. Liz Cheney is going after Donald Trump for the collapse of Afghanistan.

During an interview on ABC’s “This Week,” Cheney said Trump deserves “very significant responsibility” for the Taliban taking over Afghanistan as the U.S. military withdraws.

Guest anchor Jon Karl asked, “Ultimately, this is President Biden’s decision. He is the one who called for this withdrawal, is going forward with it. This didn’t happen in a vacuum. It was President Trump who negotiated the agreement with the Taliban to have a complete withdraw that was supposed to have by May 1st. Who bears responsibility?”

Cheney said, “Absolutely President Biden bears responsibility for making the decision. There’s no question that President Trump, his administration, Secretary Pompeo, they bear very significant responsibility for this. They walked down this path of legitimizing the Taliban, perpetuating this fantasy, telling the American people that the Taliban were partners in peace.

Cheney said, “Yes. This disaster certainly began— look, the notion of we will end endless wars, that campaign slogan, what we’re watching in Afghanistan is what happens when America withdraws from the world. Everyone who has been saying America needs to withdraw well we’re getting a devastating, catastrophic real timeless lesson in what that means”.