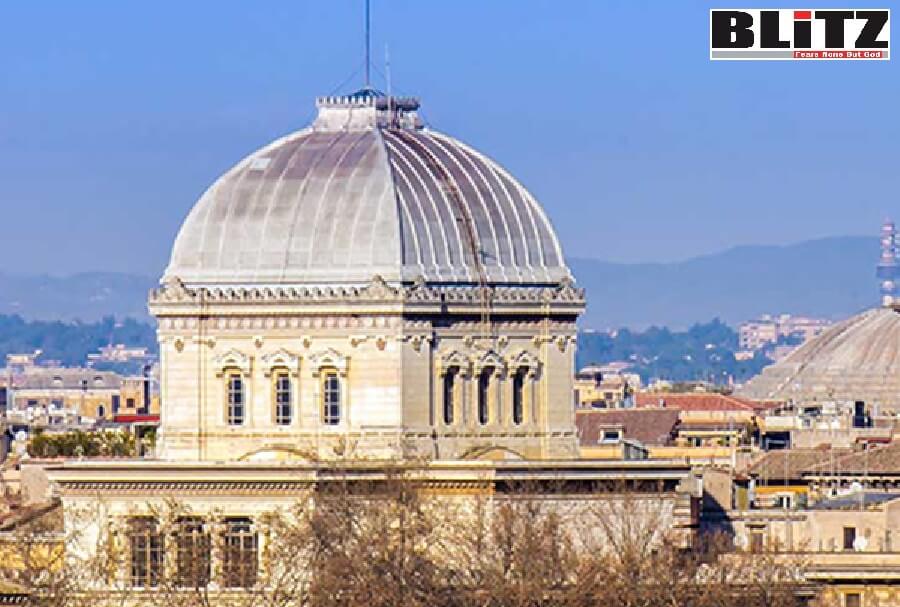 The October 9, 1982 Palestinian terrorist attack on the Great Synagogue of Rome, in which killed two-year-old Stefano Gaj Tachè was killed, and the blood of 37 others who were wounded flowed on the stones of the building that should have been the safest refuge for Jews in the Italian capital, was a double slap in the face—not only by the murderers, but by those who didn’t lift a finger to defend their victims.

According to a front-page story last week in the left-leaning Italian daily, Il Riformista, Italian authorities had been warned that an attack against Jews or Israelis was being planned. Though documents cited in the story show that Francesco Cossiga—prime minister of the Italian Republic from 1979-1980, and president from 1985-1992—had decried it at the time, numerous documents from more than fifteen years ago show that no one ever bothered to investigate the matter further. The implication is that there had been a political agreement between former Prime Minister Giulio Andreotti and Palestinian organizations, which had requested that they be given a free hand against Jews and Israelis on Italian soil in exchange for a vow not to assault “innocent” Italians (i.e. non-Jews).

Though such a promise meant nothing, as Palestinian terrorists hadn’t taken into account the identity of “innocent” Italians when they attacked Rome’s Fiumicino airport in 1973 (killing 34); the 1985 highjacking of the Italian cruise ship Achille Lauro; or the 1985 twin attacks on the Rome and Vienna airports (killing 19).

Nevertheless, it was clear that Jewish blood was still a bargaining chip, even after the not-so-distant Holocaust, and after the Ghetto of Rome had been marked forever by the deportations of 1943. Indeed, the above terrorist attacks were simply part and parcel of the “next round.” And the same were once again stained with Jewish blood.

During the year of the attack on the Great Synagogue, PLO chief Yasser Arafat addressed the Italian Chamber of Deputies armed with a pistol. Andreotti, the godfather of the parliament’s pro-Arab policy, had allowed him to do so; and only Giovanni Spadolini of Italy’s Republican Party opposed the event.

And well he should have, since the terrorist fury of the Palestinians was already an established fact, highlighted by the slaughter of athletes (the massacre at the Munich Olympics in 1972, in which 11 were killed), children (the 1974 mass murder at the Ma’alot in Israel, which left 31 dead) and innumerable other episodes of plane hijackings, bus bombings, random explosions and shootings.

In those years, however, an absolutist and unctuous policy made the Palestinian world—with all its anti-Semitic ferocity, dishonesty and human-rights violations—an untouchable sacred cow in the eyes not only of Italy, but throughout Western Europe. Fear, along with the need for Arab oil, were the basic reasons for this “dhimmitude” that Egyptian-born British scholar Bat Ye’or has denounced in so many of her works, and that today, thanks to the signing of the historic Abraham Accords, seems to have ceased.

Yet yesterday, as today, allowing, acquiescing to and negotiating over the aggression against and killing of Jews is a classic aspect of anti-Semitism. As in the case of the underground agreement exposed by Il Riformista, there is still the secret belief that Jewish lives are not worth as much as those of others.

When I covered the countless suicide attacks in Israel during the second Palestinian intifada, which resulted in thousands of deaths, I discovered how much indifference and silence could surround the annihilation of Jews. It goes without saying now, but I felt deeply at the time that this was anti-Semitism.

When Israel is denied the right to self-defense—a right that is granted to any other country—it’s nothing other than anti-Semitism. When a toddler like Stefano Tachè was shot on the steps of the Great Synagogue of Rome, it is dual anti-Semitism: that of the one who shot him and that of those who negotiated in order to leave him naked, without protection, in his very tender existence as a Jewish child.

Journalist Fiamma Nirenstein was a member of the Italian Parliament (2008-13), where she served as vice president of the Committee on Foreign Affairs in the Chamber of Deputies. She served in the Council of Europe in Strasbourg, and established and chaired the Committee for the Inquiry Into Anti-Semitism. A founding member of the international Friends of Israel Initiative, she has written 13 books, including “Israel Is Us” (2009). Currently, she is a fellow at the Jerusalem Center for Public Affairs. Republished from the Jewish News Syndicate.