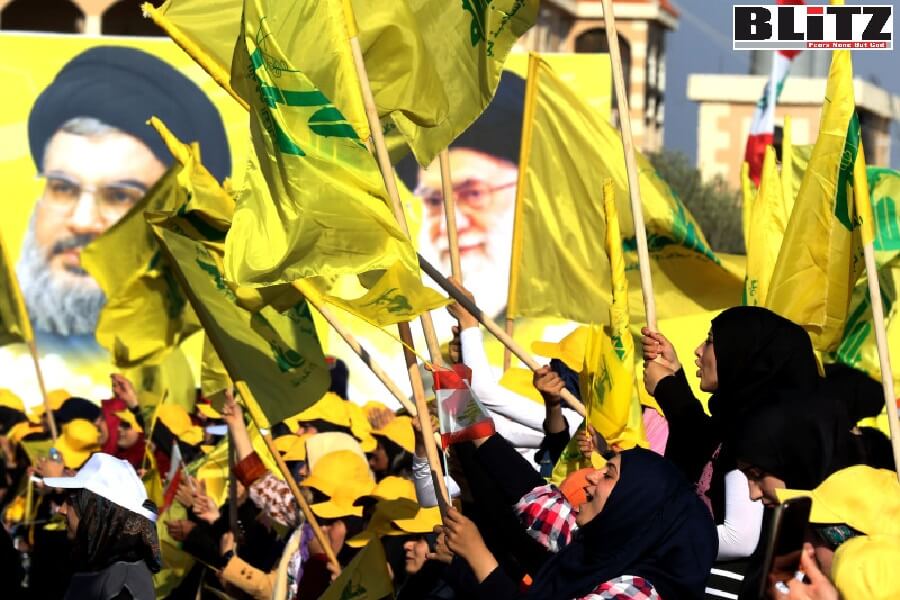 If it is truly serious about wanting stability and peace in the region, the United States should support these brave protesters. We did it when we stared down the former Soviet Union, utilizing the human-rights issue of the Soviet Jewry movement as leverage. We now that have that opportunity again not to ignore the courageous people in Iran and throughout the region that are suffering under Iranian militias and proxies. Writes Sarah N. Stern

Giant fissures are emerging from just beneath the earth’s surface throughout the Middle East and Israel is bracing for the inevitable eruption. The United States had better wake up, too, because the aftershocks will be felt here, and they will not be mild.

In a briefing this week to Israeli President Isaac Herzog, the Israeli Institute for National Security Studies’ Professor Manuel Tratjenberg stated that Tehran has accumulated immense knowledge of greater levels of highly enriched uranium and uranium metal production operating more and more of advanced centrifuges. He also expressed concern that the talks in Vienna are leading nowhere, buying more valuable time for Iran.

Iran, in the meantime, has insisted that there will be no more talks until their new hardline president, Ebrahim Raisi, assumes office on Aug. 5. In order to sweeten the pot to induce Iran to sit down to the negotiating table, we have already rewarded the Islamic Republic. Robert Malley, the U.S. Special Envoy to Iran, gave a rather revealing interview on the PBS news hour on April 2, basically blaming the United States for leaving the deal during the Trump years.

Malley said “the United States will have to lift those sanctions that were inconsistent with the nuclear deal of 2015, so that Iran enjoys those benefits that were part of the deal.” This, despite the fact that U.S. Secretary of State Antony Blinken, when he spoke at his confirmation hearing before the Senate Foreign Relations Committee on Jan. 21, said we will have a “longer, stronger deal.”

Malley also said that “verification will be easily determined by the International Atomic Energy Administration (IAEA).” This does not conform at all to the reality on the ground in Iran. Earlier this month, the story emerged that Iran has been restricting access to the nuclear inspectors in its main power plant in Natanz. When they have been let in, the IAEA nuclear watchdogs have found suspicious particles at several undeclared sites. “They are provoking us,” said one Western official who closely monitors the IAEA.

Getting back to his April 2 interview, Malley cites the progress that Iran has made towards a nuclear bomb since the United States, under former President Donald Trump, withdrew from the deal as the reason for the necessity of returning to the deal. But correlation is not causation.

We had been promised by former President Barack Obama that once this deal was agreed to, Iran will be welcomed back into the international community, its maligned behavior curbed. The United States did not announce its withdrawal from the nuclear deal until May of 2018. They had three full years to prove to the world that they had become civilized with our inducement of$ 150 billion as a windfall for the agreement in 2015.

None of this windfall has trickled down to the impoverished people in Iran, but has been used to arm Hezbollah, the Islamic Revolutionary Guard Corps, Hamas, the Houthis in Yemen, and has simply made the Middle East more volatile.

In Lebanon, which has become nothing more than a puppet state of Iran, billionaire businessman Najib Mikati has just been appointed as the prime minister-designate and has the firm backing of Hezbollah. One cannot count on Makati to cleanse the state of its corruption and cronyism that has entered into every sphere of life there, and the throat of the good people of Lebanon remain under Hezbollah’s and Iran’s firm boot.

Today, the streets of Iran are erupting. What began as an isolated demonstration because the government absconded with water during the hot summer and because of the horrific summer drought in Khuzestan province has spread rapidly throughout the country. In Khuzestan, we know that people have been murdered on the street, and that is with the Internet service cut and a news blackout from that region.

People are being heard in Tehran chanting, “Shame! Khomeini, let go of this country!” And, “Mullahs, get lost!”

This is profoundly reminiscent of 2009, when millions of protestors were out on the streets holding up signs that read, “Obama, where are you?” And the Obama White House ignored their anguished cries simply to get a horribly flawed nuclear deal.

If it is truly serious about wanting stability and peace in the region, the United States should support these brave protesters. We did it when we stared down the former Soviet Union, utilizing the human-rights issue of the Soviet Jewry movement as leverage. We now that have that opportunity again not to ignore the courageous people in Iran and throughout the region that are suffering under Iranian militias and proxies.

Raisi, the notorious “butcher” of Tehran is about to assume office. Iran is perhaps, mere weeks away from total nuclear breakout. The tremors of the earthquake are already being felt.

What are we waiting for?